IndianAuto will give you the list of all cars that you can get for a low budget in Indian market. Most of the cars will not cost you more than 5 lakh.

Most first-time car buyers in India usually opt for cars in the entry-level segment. The low-budget segment also contributes the majority to the total sales of the whole automobile market. The popularity of the low-range models also encourages the car manufacturers to cut down the price and push the pricing boundary. With plenty of options, car buyers will have a hard time figuring out which car will be a good choice for themselves. IndianAuto will give some suggestions for the best low budget cars in India. Apparently, most of the following cars belong to the hatchback segment where gathers the most affordable cars in the market.

Maruti Alto is the leading model of the entry-level hatchback space with the highest sales volume. Maruti sold around 18,000 to 20,000 units of this hatchback per month, making it one of the most popular cars in India. According to the February sales report, the Maruti Alto is the third best-selling model in the market, ranking after the Maruti Swift and Wagon R. Maruti Alto is the segment-leading model of the hatchback space

Maruti Alto is now offered with a 0.8-litre 3-cylinder petrol engine which was updated to meet the BSVI emission norms. Mated to a 5-speed manual gearbox, this engine is capable of making a top power of 48 PS and a maximum torque of 69 Nm. It is also offered with a CNG version. After receiving the BSVI updates, the current powertrains have seen a drop in fuel efficiency rating, from 24.7 kmpl to 22.05 kmpl for the petrol-manual version and 33.44km/kg to 31.59km/kg for the CNG version.

Being positioned as a low-budget and affordable model, the Maruti Alto is equipped with only some simple features including ABS with EBD, rear parking sensor and speed alert system as well as Bluetooth connectivity for the audio system. If you look for a well-equipped vehicle, you might have to look somewhere else.

Renault Kwid is relatively popular in the low-budget car segment. To enhance the competitiveness of the Kwid, Renault has priced this car aggressively and equipped with various features that are usually seen in the above market. The top-spec Renault Kwid comes with 8.0-inch touchscreen infotainment system with Apple CarPlay and Android Auto, digital instrument cluster, rear parking camera, charger for rear seats, rear-seat armrest.

Thanks to the attractive pricing and feature list, the Renault Kwid has retained a stable share in the segment. The hatchback locks the average monthly sales of around 4,000 units. Renault Kwid is a low budget hatchback with decent features

Hyundai Santro is a revived nameplate that was launched in 2018. The car has received overwhelming responses since the beginning. To attract attention from the car buyers, the South Korea car manufacturer has introduced some segment-leading features like a 7-inch touchscreen infotainment system with support from MirrorLink, Apple CarPlay and Android Auto, reverse parking camera with sensors, and rear AC vents. 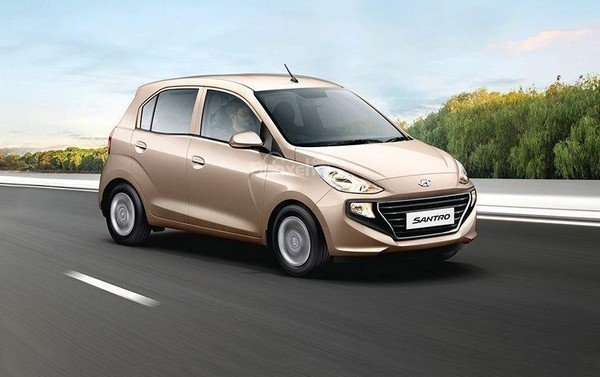 Hyundai Santro is the lowest priced car in Hyundai's range

Recently, this entry-level hatchback was updated to meet the BSVI emission norms. Now, Hyundai Santro is available with a BS6 compliant 1.1-litre, 4-cylinder petrol engine that makes 69PS of max power and 99Nm of peak torque. On the CNG version, this engine is capable of making 59PS of peak power and 84Nm of top torque. This engine is paired to either a 5-speed MT or a 5-speed AMT. The AMT option is offered on the Sportz and Manga variants.

Tata Tiago is a key product in Tata’s line-up. The hatchback is also ranked among the most noticeable offering in the hatchback segment. Besides the attractive pricing, the Tata Tiago also comes with a fulfilling list of comfort features. This car sports 7-inch touchscreen infotainment system with Apple CarPlay and Android Auto compatibility, and a Harman 8-speaker audio system as well as automatic climate control, four power window, auto foldable and electrically adjustable ORVMs and a chilled glovebox. In terms of safety, the Tiago gets some safety features including ABS with EBD, dual front airbags, rear parking sensors, and corner stability control. Previously, Tata Tiago has received a four-star rating in Global NCAP Crash Tests. This car is powered by a 1.2-litre petrol engine which churns out 86PS and 113Nm. It comes with two transmission options, 5-speed manual or AMT.

Maruti Wagon R is a safe option for buyers of this segment. Being the second best-selling model of the hatchback space, Maruti Wagon R has a well-established position in the market. Some factors contributed to the success of this tall-boy hatchback are appealing price tag, low maintenance cost, high reliability and good after-sales service. The lowest variant of the Wagon R is now priced at Rs 4.45 lakh (ex-showroom). About the engines, the Wagon R is offering two options, 1.0-litre petrol and a 1.2-litre unit. Both of them are BSVI-compliant. The former has a power output of 68PS and 90Nm and the latter is 83PS of maximum power and 113Nm of peak torque. Each will come with either a 5-speed manual or AMT transmission.

Maruti Celerio is the third cars from Maruti to be listed among the best low budget cars in India. This car is positioned in the same segment with another Maruti hatch, the Wagon R. Price of the Maruti Celerio is only lower than the Wagon by a small margin of Rs 5,000. Compared to the Wagon R, the Celerio features a more attractive and modern design. Moreover, it also offers AMT option across the range while the Wagon R only provide AMT transmission on the top-spec variants. However, the Celerio has not received new updates for a while. This hatchback still misses out on some features which are considered standard in the market like a touchscreen or electrically adjustable ORVMs. 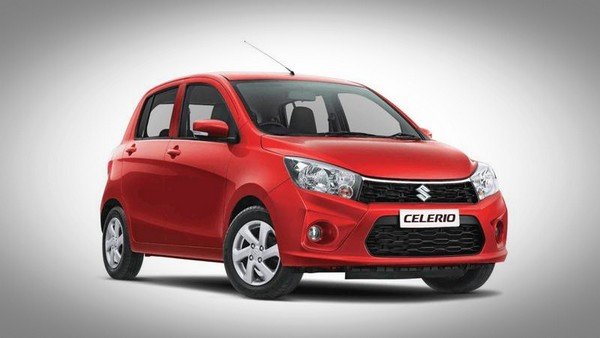 Maruti Celerio is available with both AMT and manual gearbox

Maruti Celerio is powered by a 1.0-litre 3-cylinder petrol engine. This motor can churn out 68 PS and 90 Nm on petrol and if running on CNG, the power output rates at 59 PS and 78 Nm. It is mated either to a 5-speed manual transmission or an AMT option. 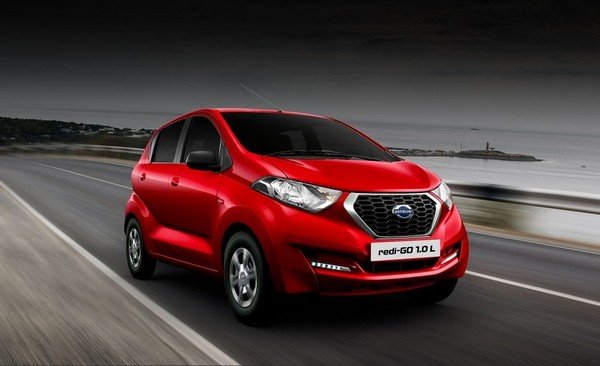 Datsun redi-Go is offered at a very low price.

Datsun redi-Go is offered with two engine options, a 0.8-litre unit and a 1.0-litre unit. These engines can generate a maximum power output of 54PS/72Nm and 68PS/91Nm, respectively. A 5-speed manual gearbox comes as standard across the range while a 5-speed AMT is available on the 1.0-litre engine only. These engines are claimed to return a fuel mileage of 22.7kmpl and 22.5kmpl, respectively. On the safety front, the Datsun redi-Go is equipped with ABS with EBD, rear parking sensor, front passenger seatbelt and reminder speed alert as standard. Despite being updated with these features, this car is poorly rated with regard to safety. It scores only one star at the Global NCAP crash test.