Being one of the most popular auto manufacturers in India, Mahindra offers its models in various price ranges. Below is a list of seven under-10-lakh Mahindra cars in India.

Mahindra has been one of the most popular utility car manufacturers in India. Mahindra cars are known for their rugged nature and extreme practicality, even on their budget cars. Check out our list of top  Mahindra cars under Rs.10 lakh to find out which Mahindra cars you can buy on a relatively small budget.

The Mahindra KUV100 NXT, the mid-life update of the KUV100, comes with less strange exterior design, new features and the same powertrain options from the previous version. The KUV100 NXT continues to be powered by the 1.2-litre gasoline burner which can generate 77 BHP against 190 Nm and is mated to a 5-speed MT. At a price range from INR 4.88 lakh to INR 7.94 lakh, the  KUV100 NXT competes against the Hyundai Grand i10 and the Maruti Swift. The Mahindra KUV100 NXT is the facelifted version of the KUV100.

Though initially thought to be a hatchback, the Mahindra Verito Vibe turns out to be a sedan with a crossover-ish stance. With the styling which is done in harmony with the standard Verito, the Vive gets a carbon-finished grille, smoked headlights, bold wheel arches and two-tone rear bumper. The 2,630 mm wheelbase translates into an amber cabin which can comfortably accommodate five occupants. All the seats come with adjustable headrests; the Verito Vibe is also equipped with Quick-cool air conditioner, premium seat coverings and spacious boot space.

The Verito Vibe receives its power from a 1.5-litre oil burner which can deliver 64 BHP against 160 Nm and is mated to a 5-speed MT unit. With a price range from INR 6.58 lakh to INR 7.51 lakh, the Mahindra Verito Vibe competes against the Volkswagen Vento, Hyundai Xcent, Honda Amaze, etc. 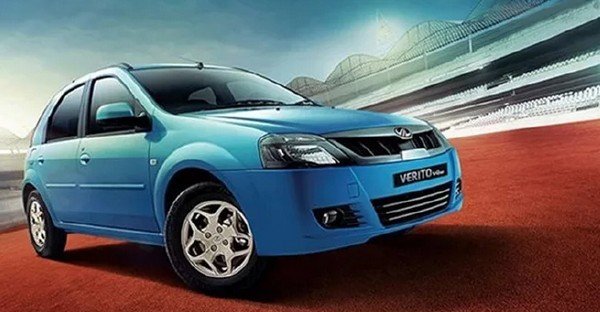 The Mahindra Verito Vibe is faced with the fierce competition from the other vehicles in the same segment.

The Mahindra Bolero Pik-Up has been the king of its segment since its launch in the Indian auto market. The Bolero Pik-Up facelift comes with aesthetic updates, a dual-tone scheme for the cabin with a newly-coloured instrument cluster. The vehicle keeps under its hood a 2.5-litre oil burner which can deliver 69 BHP against 200 Nm. Specifically developed for rough terrains, the Bolero Pik-Up has been equipped with front disk brakes and rear drum brakes, rigid suspension and standard power steering. The Mahindra Bolero Pik-Up has been the king of its segment since its launch.

The Mahindra E20Plus is priced at INR 6.07 lakh for the base variant, which goes up to INR 6.83 lakh for the top-spec variant. The environmentally-friendly has a contemporary exterior design, a well-equipped cabin with a long list of features including an all-digital instrument cluster, a touchscreen infotainment system which supports navigation and smartphone connectivity.

The E20Plus keeps under its hood an electric motor which can deliver a maximum power of 25.8 PS against a peak torque of 91 Nm and help the car have a driving range of 110 km in a single charge with a top speed of 80 kmph. The transmission duties are undertaken by an automatic gearbox, like other electric cars. Moreover, the e20Plus also comes with a drive mode selector including Boost, Forward, Neutral and Reverse. The Mahindra E20Plus is one of the few electric cars in India which cost under INR 10 lakh.

Also read - Best Cars Under 8 Lakhs With Specs and Prices

The next under INR-10-lakh Mahindra car is the Mahindra Bolero Power Plus. The Mahindra Bolero Power Plus is equipped with a quite limited list of basic features. These include an audio system which supports Bluetooth, CD, AUX and USB connectivity, power steering, manual air conditioner, all four electrically adjusted windows, driver side airbag, speed alert system, front seatbelt reminder and rear parking sensors.

The Bolero Power Plus receives its power from a 1.5-litre oil burner which can produce 71 PS against 195 Nm and is paired with a 5-speed MT. Thanks to the micro-hybrid system of the home-grown automaker, the Bolero Power Plus has a claimed fuel mileage of 16.5 kmpl. 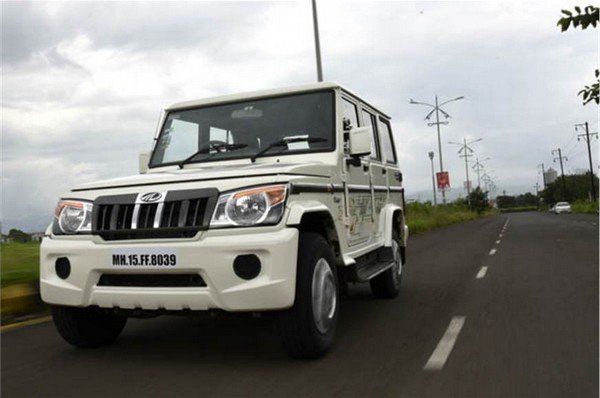 The Mahindra Bolero Power Plus's equipment list is quite limited.

The Mahindra Verito, which is an update over the Logan, now comes with a much more elegant exterior design. It still looks boxy but now has a softer edge, thanks to the redesigned front and rear. The new dual-tone dashboard now looks richer and the ergonomics have been considerably enhanced. The Verito is powered by a 1.5-litre oil burner which can produce 65 BHP against 160 Nm and is mated to a 5-speed MT unit. The Mahindra Verito gets an elegant design and an updated cabin.

The Mahindra Thar was launched in India with a price range from INR 9.59 lakh to INR 9.99 lakh (ex-showroom, New Delhi). The off-roader is equipped with a wide range of top-notch features, especially on the top-spec variant. Some of the most outstanding ones include clear lens headlights, multi-directional air-conditioning vents, windshield demister, 12V power outlets, independent wider front seats, 2-DIN music system and air conditioner with heater. The Thar is powered by a 2.5-litre oil burner which can generate 105 PS against 247 Nm. The power is spread to the four wheels through a 5-speed MT. The Mahindra Thar is the most expensive vehicle in the list.

Above is a list of seven under-10-lakh Mahindra cars in India. If you have a budget which falls into this price range, we hope that this article can help you choose your ideal vehicle.