Toyota has recently launched the BS-6 avatar of Innova Crysta and now it is Fortuner's turn to come with a BS-6 engine lineup. So, here's all you should know about the 2020 BS-6 Toyota Fortuner, which is scheduled for a launch soon.

Cleaner and greener cars have been the idea behind the BS-4 to BS-6 transition. The new emission norms are expected to curb the pollution levels by suppressing the amount of particulate matter, Carbon-monoxide, Carbon-dioxide, SOx, and NOx content. While all of it seems easy on paper, getting the right figures for emission standard on bigger engines is like hitting a tough nail right. Somehow, Toyota has managed to give their best by coming up with similar specs for the Fortuner's 2.7 petrol and 2.8 diesel engine in their BS-6 avatar. The masculine and muscled-out SUV is loved in India and people buy it just for Toyota's reliability quotient and the car's jacked-up stance, which has proved its metal both on the road and off the road. However, everyone expected Toyota to ditch the 2.8l diesel engine and instead choose the 2.4L engine, as that is what they did with the Innova. But to everyone surprise, or is now clear that the 2020 BS-6 Toyota Fortuner will be offered with the existing engine options only. The engine will, although, be BS-6 compliant, but they would hardly miss out on any power or torque figures. How do we know of this? Thanks to the leaked variant list of the 2020 BS-6 Toyota Fortuner. So, let's start with what all is going to stay the same and what are the changes we should be expecting with the update. Fortuner is one of the boldest SUVs currently on sale in the Indian market. The appendix of the design is the same as the 2020 BS-6 Toyota Fortuner as well. It continues with the same lines, flares, bulges, fillets, and chamfers. In simpler words, there is hardly any change to differentiate the BS-6 Toyota Fortuner with the BS-4 car. The car is, however, expected to carry the BS-6 badge on the tailgate. 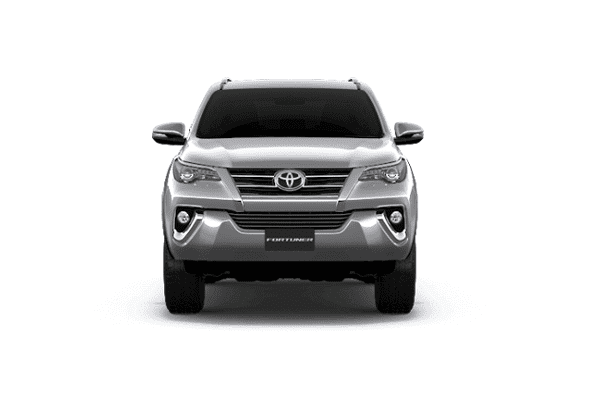 From the front, Fortuner looks mammoth with a high-set bonnet and a Toyota logo dominating the grille. The sculpted bumper is also the similar unit as on the BS-4 Toyota Fortuner. With bulged fog lamp housing surrounded by thick chrome ribbons, giving the BS-6 Toyota Fortuner the exact same face as the BS-4 car. Keeping the face intact without any change whatsoever Toyota has kept the Fortuner's essence preserved and it will keep haunting the small car driver's rearview mirrors.

On the sides, the Fortuner stood tall, with floating roof design, 18-inch dual-tone alloy wheels, and high window line. The BS-6 Fortuner is no different either. Retaining the 1835mm tall height, 4795mm of length, and a wheelbase of 2745mm, the BS-6 Fortuner is has a lot of sheet metal on the sides. It doesn’t feel like overdone from any angle, as the creases and design elements are more than perfect at breaking the mass. 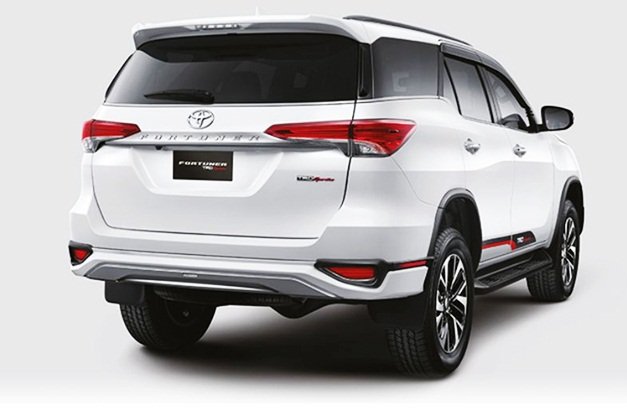 The rear-end of the BS-6 Toyota Fortuner is again retained as it was on its BS-4 counterpart. It is a typical SUV from the rear-end, with a high bumper that fails to touch the ground, however, tough the departure is. The striking design of the tail lamps is also left untouched and that slim-profile of the tail lamps keeps accentuating the rear-end. The spoiler and other aerodynamic elements like those on the tail lamps show the attention to detail that Toyota has put in when they designed the Fortuner.

The massive proportions of this tall-heavy SUVs were expected to get diluted with the BS-6 update as a facelift was what everyone thought how Toyota would update the Fortuner with new BS-6 engines. Thankfully, the next-generation of Toyota Fortuner or even the facelift is still some time away from the launch, which means that we Indians can enjoy the imposing character of the Fortuner for a longer time.

Toyota Fortuner offers a spacious cabin with 7 seats in total. The ambience inside the SUV is also premium with the leather-wrapped steering wheel, gear knob, upholstery, and on the dash. The overall appeal of the dash remains same with the BS-6 update and so does the straight-tall dashboard. Dominating the centre-most part of the dashboard is the large 7-inch touchscreen infotainment system, which comes with the support of satellite navigation. The infotainment unit also works as a display for the reverse parking camera and sensors. The BS-4 Fortuner, however, lacked the support of Android Auto and Apple CarPlay, which we expect would be an addition on the 2020 BS-6 Toyota Fortuner.

Talking of space, the car can seat 5 people with ease, while the 3rd-row seats are good for short journeys for adults, but it is good for kids for long journeys. That said, the long journeys involve carrying around a lot of luggage, which isn’t possible with all seats up it has a boot space of just 269 Litres. Although, folding down the third-row increases the boot-space to 1080 litres. It could’ve been a bigger number, but the 3rd row of seats do not fold flat and thus eat up some crucial boot space when folded.

Toyota launched the second-generation Fortuner in India with two different engine options to let the buyers choose from. A 2.8L diesel guzzler and a 2.7L petrol plant were offered as options. These are the same engines that 2020 BS-6 Toyota Fortuner comes with. Axing the 2.8L diesel is what critics were expecting as that is how Toyota launched the BS-6 Innova Crysta, the move that Toyota has not followed with the Fortuner. In comparison to the MPV, the SUV got itself the full-size 2.8L diesel engine.

The BS-4 Toyota Fortuner tipped the scale at 2610kg, which is a huge figure in terms of a car's weight. The transition from BS-4 to BS-6 is anyways expected to gain a few more kilos to comply with the tighter emission norms. Since the car has a denser catalytic convertor, DPF, and a mechanism for selective catalytic reduction, some gain in weight is acceptable.

By now, it is obvious that Fortuner has its old mechanicals intact and by saying that we mean that the car will keep offering the supple ride it was known for. With double-wishbones at the front and a rigid axle at the rear, the Fortuner’s suspension is not the most advanced tech when compared with other soft-roaders but it helps the car leap forward with pace when there are no roads at all.

Lugging the weight around with potent engines would be tough if the Fortuner has some odd gearboxes, but the car was thankfully equipped with the options of 6-speed MT and AT. These are same gearboxes that are also doing duties on the 2020 BS-6 Toyota Fortuner. So the overall performance of the car will largely stay the same, but to comment over the same, we have our hands tied as we haven’t driven the car yet.

Toyota Fortuner is a feature-rich car and it is loaded with tech for convenience of the driver and passengers, to the brim. It comes with features like 7 airbags, cruise control, ISOFIX child seats, Hill ascent control, Vehicle Stability Control, and ABS with EBD assistance. The 4WD Fortuner also gets the support of Hill Descent Control. Not just this, the Fortuner also gets the electronic adjust for the seats, Armrests on the front seats, automatic climate control, electronically adjustable and retractable ORVMs and the likes. 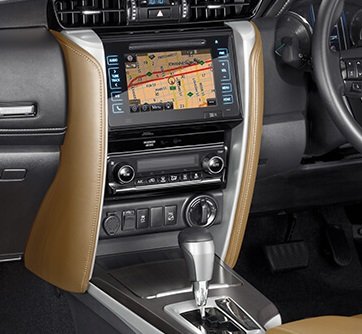 The feature list is same for the 2020 BS-6 Toyota Fortuner as well. That said, the Fortuner still misses out on a sunroof.

The tighter emission standards are inviting the manufacturer to invest some funds on their R&D to meet the new standards. This process eventually invites a hike on the car’s ex-showroom prices. If we consider the price hike with the BS-6 Toyota Innova, the car’s price was hiked with almost 1.32 lakhs for the petrol variants. We expect the trend is going to be same with the Fortuner as well. As for now, the prices for BS-4 variants of the Fortuner start at Rs. 28.18 lakhs for the petrol-powered car and Rs. 30.19 lakhs for the diesel-powered variants. After the price hike, the prices for the 2020 BS-6 Toyota Fortuner are expected to see a hike of Rs. 1.50 lakhs for the petrol variants, while the diesel variants are expected to get expensive by Rs. 2.50 lakhs. The final figures are yet to be declared by Toyota at the car’s launch, which will be happening next week.

So for more such updates, stay tuned at IndianAuto.com.