A video showing two young men doing stunts on the expressway recently went viral. Shortly thereafter, the cops have tracked down the culprits and have charged them with hefty fines

Watching stunts always excites our curious nature. At the same time, stunts can make us feel insecure especially when the performers do without any safety equipment. Recently, a rival video of two young men doing stunts in a Maruti Esteem on the public road while not wearing any safety equipment. The video is widely spread over the internet and caught the attention of law enforcement. The cops have managed to find out the identities of these two men and charged them with traffic law violation.

On the rival video, a man is skating while holding on to the trunk of a moving Maruti Esteem while the other is leaning half of his body out of the car window. Of course, no safety equipment is spotted in sight. The location of the filming is pinpointed to be the newly-inaugurated Delhi-Meerut Expressway. This expressway is an important main road that is crowded throughout the day, even at night - around the same time this video was shot. 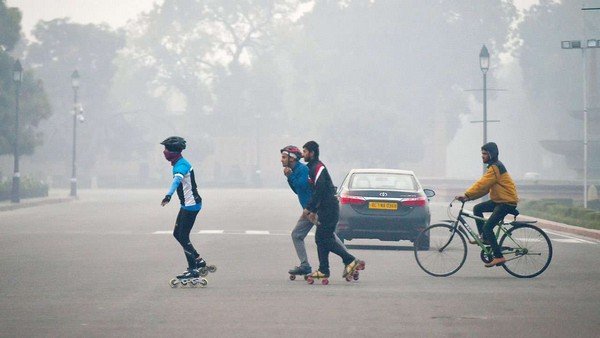 Skating is not allowed according to the traffic law

Skating is a popular sport and particularly loved by young folks. However, skating of any types has never been recognized as a means of transportation and is not allowed to participate in traffic. On the other hand, regular roads are not qualified for skating. In order to skate, the surface needs to be smooth and even. Skating on public roads, therefore, is highly dangerous. To prevent this misdemeanour, in the past, the Delhi traffic cops had to set up barricades around the India Gate. Under the newly-amended Motor Vehicle Act bill, the fine for traffic law offences will be multifold.

Performing stunt on public roads is particularly dangerous, not only for the performers themselves but also for other traffic commuters. Thereby, doing a stunt, under any circumstances, is strictly banned in most countries across the global. India is not an exception. After discovering the identity of these two men, the cops have fined them according to the Motor Vehicle Act, Section 84. They are identified to the residents of Aya Nagar. Names of the two violators are unveiled.