Big cities all over the world are becoming more and more congested due to the rapidly increasing number of cars on the roads. With a view to solving the problem, UBER, a ride-hailing platform, is planning to launch its first-ever flying car services which will be called UBER Air in Los Angeles and Dallas, the USA in the next four years. Eric Allison, CEO of Uber Elevate, which is in charge of developing this service, has indicated the company’s plans to introduce the similar services in India.

The testing of the service will soon be conducted outside the USA, to be more exact, in Melbourne, Australia next year, which will be Uber’s first international testing site for the flying taxi application. Earlier, the brand chose Dubai, UAE to be its first international testing site but later changed its decision due to the delay in the launch of the service in the city.

When announcing the decision to choose Melbourne as the first international place where the testing of the Uber flying car services will take place, Eric Allison also appreciates the potentialities of the Indian market for the launch of this application. India is among the most likely countries to receive this app in the next stage of expansion. India is famous the most congested cities in the world such as Mumbai, Delhi and Bengaluru, all of which are potential places for the launch ò the new services. Therefore, the flying car service has a great chance of success in the country.

Nevertheless, not until 2023 will Uber introduce their flying taxi service in the US, so its launch in India will happen at an even faraway time. The good news is Uber Elevate team has already discussed with the aviation authorities and several state governments about this Uber flying car app and is likely to introduce it here in the near future.

Uber Air holds remarkable advantages over the traditional means of transport. It has been reported by Uber that to travel over the same 19 km journey, while the former takes only 10 minutes, the latter takes up to 25 minutes. The second advantage is that Air Taxi will become far cheaper in comparison with driving a car in the future. 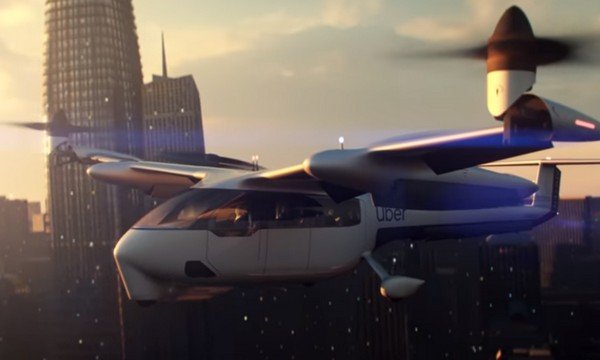 The Uber Taxi will reduce the time to travel in comparison with the conventional means of transport.

Uber will utilize cutting-edge vertical take-offs and landing in their flying car services, which helps guarantee a minimal space for these two processes. Uber is also cooperating with five aircraft manufacturers to build concept versions of electric Vertical Take Off and Landing (eVTOL) aircraft which is specifically utilized for ridesharing. A common reference model has also been developed to serve as the guidelines for the concept models’ development. The eVTOL taxis of Uber are expected to reach a maximum speed of 240 kmph and a travel range of about 100 km per charge. It will be able to accommodate one pilot and four passengers.