113 0
Automakers are trying to keep the utility space busy with new car launches. Check out the list of upcoming 7 seater SUV in India under 20 Lakh that includes some models like Tata Gravitas, MG Hector Plus, Hyundai Creta 7 Seater and more.

In line with the global trend, SUV has overtaken smaller cars and hatchbacks to become the best-selling automobile segment in India for the last few years. For that reason, automobile manufacturers have always been making the utility market busy with new products in their pipeline, making this space more competitive than ever. The increasing competition has also lead to the recent influx of more affordable SUVs for India, not only the compact segments but also the bigger one. If you are searching for an affordable SUV that can seat up to 7, you’d better wait for these upcoming cars set to take the market by storm this year. Let’s have a look at list of upcoming 7 seater SUVs under 20 Lakh in India that was compiled by IndianAuto.

Owning a seven-seater SUV mean greater street presence, more decent space and sometimes higher power and torque. Earlier on, 7 seater cars weren’t not coming cheap, both on the price tags and the fuel bills. However, Tata Motors, who has been known so long for its cost-effective vehicles, is preparing for the introduction of a seven-seater car that is said to be priced under Rs 20 Lakh mark. Basically known as the seven-seat version of the popular Tata Harrier, the Tata Gravitas is one of the upcoming 7 seater SUVs in India 2020.

The launch of the Tata Gravitas was confirmed for this festive season. It will share the OMEGA ARC underpinnings with its five-seater sibling Harrier and differentiate itself with some increased dimensions, cosmetic changes and an extra row of seats. The upcoming Tata Gravitas will be powered by a BS6-compliant 2.0-litre turbo-diesel engine seen in the Harrier. This mill is capable of making 170 BHP of max power and 350 Nm of peak torque. Transmission duties will be handled by a 6-speed manual and a 6-speed torque converter as an option. Multiple driving modes will be offered in the new model including Eco, Sport and City while it also get three modes for the Terrain Response System like Wet, Rough and Normal. The estimated price range of the seven-seater is at around Rs 14 – 20 Lakh (estimated, ex-showroom).

The next model in the upcoming 7 seater SUV in India under 20 Lakh is Hyundai Creta 7 seater. While the next-generation Hyundai Creta has just been launched in the country for a while now, the South Korean company has also started testing the 7-seater Creta in India, hinting at its feasible launch set to happen in late 2020 or early 2021. For the unitiated, our in-house digital illustrator has rendered the new Hyundai Creta 7 seater to preview how it could look like on the outside. Compared to the smaller brother, the Creta 7-seater is expected to get a revised front bumper, new grille with chrome elements, flatter roof, slimmer C-pillar and more. Information on the engine specs of the upcoming 7 seater SUV is still scarce. But in all likelihood, the bigger Creta will get the same set of engines as current 5-seater version has in its heart. The engine lineup will include a 1.5-litre petrol, a 1.5-litre turbo-diesel and a 1.4-litre turbo-petrol unit. The 7-seat variant of Hyundai Creta will take on the likes of Tata Gravitas, MG Hector Plus and new-gen Mahindra XUV500 once it’s launched here.

The 7-seater version of MG Hector, the Hector Plus has been spotted on test in India multiple times. While its five-seater sibling, the MG Hector has been achieving its initial success in India, the seven-seat MG Hector is expected to do the same if the carmaker could play the trump card in car’s pricing.

The forthcoming MG Hector Plus will be 40 mm longer than the earlier Hector while the width, height and wheelbase remains the same. The 7-seater car will come with 60:40 split bench seats for the third row and receives some styling changes in the form of redesigned front grille, refreshed headlamps and taillamps, new alloy wheels and more.

As far as the specifications go, the MG Hector Plus is said to come with two engine options under the bonnet, the same as the outgoing Hector. It is likely to have a 1.5-litre turbocharged petrol mill making 143 PS /250 Nm with a 48V mild-hybrid system along with a 2.0-litre diesel engine option on tap. The upcoming MG Hector Plus is expected to sit in the price range of Rs 14 – 20 Lakh (ex-showroom).

The next generation of Mahindra Scorpio also makes it to the list of upcoming 7 seater SUV under 20 Lakh in India. The new-gen Scorpio has been said to arrive to us in 2021 to replace the outgoing Scorpio which has been one of the most popular SUVs of all time in India. The new 7-seater SUV will be based on the modified version of the ZEN3 platform that also underpins the new-gen Thar. It will more likely to get an increase in terms of size that translates into more interior space along with a front-facing third-row of seats. 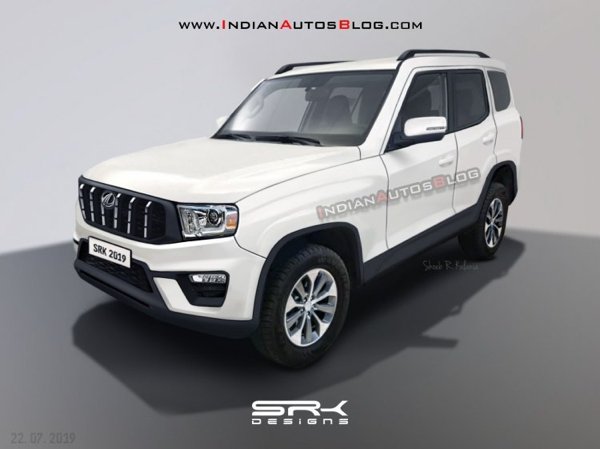 Inspired by the Mahindra Alturas G4, the all-new Mahindra Scorpio will employ a new 2.0-litre turbo-diesel engine that produces 160 BHP of power and 350 Nm of torque. There will be also a 2.0-litre mStallion turbo-petrol engine that’s good for 190 BHP/ 380 Nm of torque. Transmission choices will comprise of a 6-speed MT and a 6-speed automatic torque converter. While seeing a bump in the price probably, the new-gen Mahindra Scorpio is slated to be retailed at around Rs 20 Lakh price point in India.

As claimed by the home-grown company, the next-generation Mahindra XUV500 will be launched in India for the first quarter of 2021. It is one of the most-awaited upcoming 7 seater SUV within Rs 20 Lakh for the India space. Based on the newly-built monocoque FWD platform, the next-gen XUV500 will share its underpinnings with the first C-SUV that is co-developed by Mahindra & Ford. Though being expected to have its debut at 2020 Auto Expo, the XUV500 makes space for the Funster electric SUV instead. However, it is said that the new-gen XUV500 will get design inspiration from the Funster and the all-new SsangYong Korando siblings as well. Our render version of new-gen Mahindra XUV500 has been released for your interest of its styling.

The upcoming Mahindra XUV500 will draw the power from two engines including a 2.0-litre turbocharged diesel engine and a 2.0-litre mStallion turbocharged petrol mill, tuned to produce 180 BHP/ 400 Nm and 190 BHP/ 380 Nm, respectively. For the gearboxes, the new-gen SUV will receive a 6-speed MT and a 6-speed torque converter as an transmission option.