Upcoming Electric SUVs In India in 2020

Faced with the heavy pollution in the country, the Indian Government has been encouraging the development of electric vehicles. Specific plans on EVs introduction have been announced by major automakers. Moreover, SUVs are becoming more and more popular with the Indian auto buyers and are currently in great demands. As a result, auto manufacturers are focusing on developing new electric SUV models.

Below is a list of five upcoming SUVs which are projected to be launched in India within a year. The models in the list includes affordable products like the Tata Nexon to the more upmarket ones like the Audi E-tron. This article is going to provide you with details of upcoming electric SUVs in India along with their launch details, expected prices, etc.

The electric version of the Tata Nexon is expected to be introduced to the Indian auto market next year. The vehicle has been spied testing on the Indian roads and is currently in its final phase. The domestic carmaker has unveiled that the Tata Nexon EV will be underpinned by the company’s new Ziptron EV platform. The vehicle will come with a fast-charging option and can also be charged through a normal wall socket. The EV is going to have a travel range of nearly 300 km per charge. The prices are expected to be between INR 15 lakh and 17 lakh. Another home-grown auto manufacturer, Mahindra, is also developing the electric version of the XUV300, which is going to be debuted around the second half of 2020. Other details such as the technical specifications and the exact prices of the car will be disclosed near its launch. However, we can expect that the electric SUV will have a range of 300 km after being charged to the fullest. It is going to come with both normal and fast charging options. The XUV300 EV prices are expected to be in the same range as the Nexon EV, from INR 15 lakh to INR 17 lakh. The new model could be one of the most important models in our list of Upcoming Electric SUVs In India here. 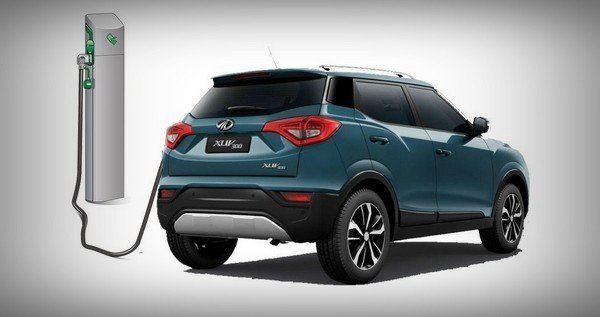 Following the success of its first product, the MG Hector in India, MG Motors is going to introduce an electric SUV in the Indian market which is named ZS EV by the end of 2019. It will receive its power from a 45.5 kWh battery pack, which can offer a range of 335 km per charge. Once launched in India, the ZS EV is anticipated to be priced from INR 20 lakh to INR 25 lakh and will take on the likes of the Hyundai Kona EV. Being the first electric product from the luxury German auto manufacturer, the Audi E-Tron made its debut in India recently and is slated for launch later this year. The E-Tron is powered by two electric motors, which can generate a total power output of 265 kW (355 HP) against 561 Nm. The electric SUV is expected to have a range of nearly 400 km and be priced from INR 50 lakh to INR 55 lakh. The Jaguar I-Pace is scheduled to be introduced to the Indian car market in 2020. Powered by a 90kWh battery pack and a dual-motor system, this luxury electric SUV can deliver a maximum power of 400 HP against a peak torque of 696 Nm. It is claimed to have a driving range of 480 km per charge. The I-Pace’s prices are expected to be around INR 55 lakh and it will directly compete against the Audi E-tron. Above is a list of five upcoming electric SUVs in India. Hope that the development of these electric SUVs will serve as a source of encouragement for others auto manufacturers to develop new electric models in the country.