Several carmakers are planning to showcase their new and upcoming small cars at Auto Expo 2020. Check out our list to know more.

Auto Expo is perhaps the biggest automobile event in the country, where different manufacturers showcase their new upcoming cars, which are meant for the Indian market. The Auto Expo 2020 will start from 7th till 12th February (5th-6th are media days). Several carmakers are also planning to showcase new hatchbacks in the Expo which consists of both petrol and electric-powered cars. With the approaching BS-6 norms many manufacturers have decided to not only update their line-up with new engines but also with new looks and features to their existing and new products. Given below is a list of updated and upcoming small cars at Auto Expo 2020.

The new-gen Hyundai Elite i20 is the first car in our list of upcoming small cars at Auto Expo 2020. The Hyundai Elite i20 is one of the most popular premium hatchbacks in its segment and rivals with the likes of Maruti Baleno and recently-launched Tata Altroz. The carmaker is now planning to introduce a new-gen model of the car at the Auto Expo. It has been snapped under camouflage during testing a few times now. The exterior design of the premium hatchback will be based on the Sonata. One can expect the car to feature a broader and sharper grille along with LED headlights and LED projector headlamps. The car will employ 16-inch wheels with a different wheel design than the current model. Moreover, conventional antenna mounted on the roof will get substituted by a shark-fin antenna. The rear section of the new-gen model will employ smaller LED taillights, and the license place will be placed on the bumper.

It is also expected that the new Hyundai i20 will feature the Blue Link technology, which is also offered with the company’s sub-four meter SUV, Venue. Bluelink technology allows a person to use a series of functions like an engine on/off, car lock/unlock, and much more. Moreover, it is expected that the next-generation Hyundai Elite i20 will get propelled from the same engine option, which performs the same duties in Venue. The Hyundai Venue derives power from a 1.2-litre petrol engine and 1.4-litre diesel mill. The sub-compact SUV also gets a more potent 1.0-litre, turbo-petrol unit, which churns out 100 PS of power. We expect all these engines to be offered with the new i20.  Like Hyundai Venue, the transmission duties will be done by a manual gearbox along with a DCT. The premium hatchback will be showcased at the Auto Expo 2020, and the launch of the car will happen somewhere around the second half of 2020. Hyundai i10 Nios was launched last year in India with two engine options; a BS6-compliant 1.2-litre naturally aspirated petrol and a BS4-compliant 1.2-litre diesel engine. Followers of IndianAuto would know that Hyundai was considering the 1.0-litre as well, called Grand i10 Nios N line. Currently, this engine does duty in the Venue SUV and Aura sedan, but in different state of tunes in both. The Venue manages to push out 120PS and 171Nm, while the Aura produces 99PS and 175Nm. While the company hasn't announced what the power output of the turbo-petrol engine in the Grand i10 Nios will be, we expect it to be the same as the Hyundai Aura, as both the Aura and Nios share a lot of exterior and interior components. Also, as the Nios is considerably lighter than both the Aura and the Venue, 99PS of power should suit the car well. On our list of upcoming small cars at Auto Expo 2020, the second car on our list is the performance version of Maruti Swift, one of the hottest-selling hatchbacks in its segment. It competes against the likes of Hyundai Grand i10 and Tata Tiago. The competition in that particular segment has been steadily increasing. As such Maruti is worried about Swift’s popularity declining in the near future. To combat that, the company could be planning to introduce a more potent version of the car named Swift Sport. In terms of looks and performance, the Maruti Swift deserves to be named as a hot hatch. In foreign markets, the car derives power from a 1.4-litre Boosterjet turbo petrol unit, which puts out power and torque outputs of 140 PS and 230 Nm. Transmission duties are done by a 6-speed manual transmission. The Swift Sport sprints from 0-100 kph in just 8.1 seconds. Once launched, it’ll rival with the likes of Volkswagen Polo GT TSI and the now-discontinued Abarth Punto. The car employs a redesigned huge grille, dual-tone bumper, 17-inch alloy wheels, a new-looking rear two-tone bumper with twin exhaust pipes. The Indian carmaker Maruti Suzuki is also planning to introduce a premium version of Wagon R into the India market named as XL5. This new Maruti hatchback will be retailed through the company’s Nexa dealership network. The Maruti XL5 will be powered by the same engine, which does duty on Wagon R. It’ll get propelled by 1.0-litre, 3-cylinder engine, and a 1.2-litre, 4-cylinder mill, which comes coupled to a 5-speed MT and a 5-speed AMT. It was previously rumoured that Maruti plans to replace the Ignis with the XL5, but that isn't the case as there is an Ignis facelift in the pipeline as well. 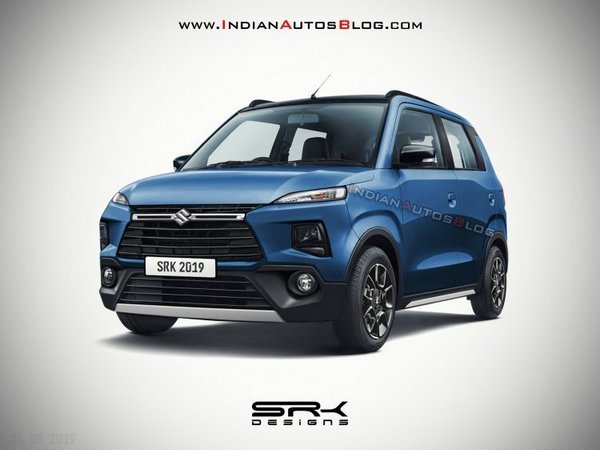 Maruti has recently launched the S-Presso into the Indian market, and the entry-level Maruti car is now getting quite popular among the buyers. Like Maruti Celerio X, the carmaker is now also planning to introduce a more rugged version of the S-Presso names as S-Presso X which consists of some extra cladding, skid-plates upfront, higher ground clearance and a more prominent bumper. The production of S-Presso X will be based on the people’s response towards the car at the Auto Expo 2020. This SUV-inspired crossover hatchback is an amazing addition on the list of upcoming small cars at Auto Expo 2020. 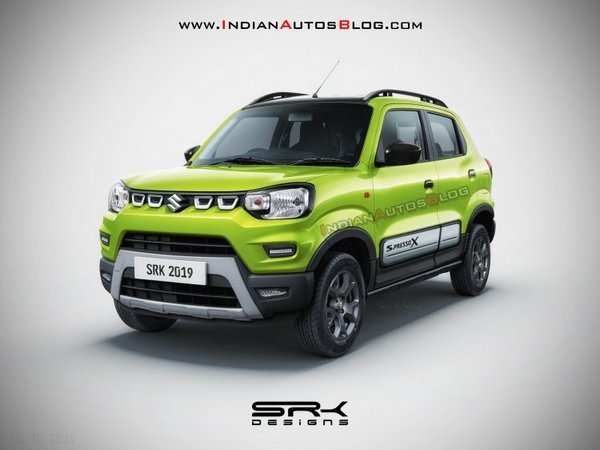 Another upcoming small car at Auto Expo 2020 is the Maruti Suzuki facelift. As stated above, it was first rumoured that Maruti shall be discontinuing the car soon, replacing it with the upcoming Wagon-R-based XL5. Now though, we have confirmation that the company is bringing in a facelifted version of the Ignis. It will be powered by a 1.2-litre BS6-compliant petrol engine, capable of producing 85PS and 115Nm. The car will come mated to a 5-speed manual as standard, with a 5-speed AMT being available as an option. As can be observed in the image below, there aren't many changes to the car aesthetically. The silhouette remains the same, but now there is a dash of chrome here and there to spice things up. The Maruti Ignis facelift will feature chrome detailing on the exterior

The Wagon R EV is the last Maruti car on our list of upcoming small cars at Auto Expo 2020. The electric tallboy has been spotted several times, while getting tested on the roads of Gurugram, Haryana. The company is testing this car from a long while, which simply means that the carmaker is examining the long-term reliability of this vehicle. We expect that Maruti will delay the launch of Wagon R in India because right now there is no sustainable electric vehicle infrastructure in the country. Recently, there is an increase in the sales of EVs, but it is only limited to commercial vehicles and EV cab services. In the near future, if Maruti price the Wagon R EV at a decent price tag, then general people can start to think to invest on EVs over gasoline and diesel-powered cars. The company is testing this car from a long while, which simply means that the carmaker is examining the long-term reliability of this vehicle

After Hyundai and Maruti, the third carmaker on our list of upcoming small cars at Auto Expo 2020 is Renault. The French carmaker will showcase the K-ZE EV at the Expo. The company has recently introduced the Kwid EV in China. The interior and exterior design of Renault K-ZE is based on the company’s ongoing facelifted Kwid. The electric hatchback derives power from a 26.8kWh battery pack along with a 33kW electric power. The powertrain offers NEDC driving range of 271 km in one full charge. Moreover, Renault K-ZE or Kwid EV is being offered in two different charging modes namely- normal and fast. In the normal charging mode, the car charges from 0-100 in 4 hours, while in fast charging mode, it only takes 50 minutes. 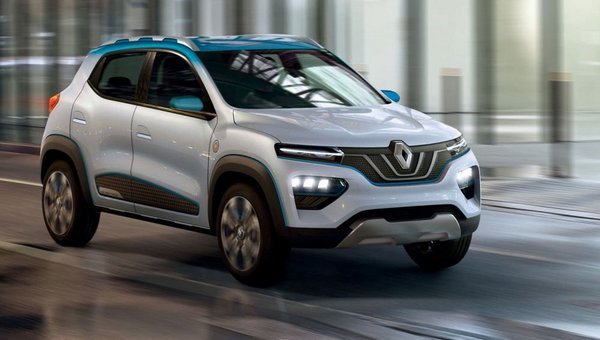 Next on our list of upcoming cars at Auto Expo 2020, we have Tata Altroz EV. It is based on the Altroz hatchback which has been recently launched in our market and is the first premium hatchback from Tata. It competes with the likes of Hyundai i20 and Maruti Baleno. As for the electric Altroz, Tata first showcased the EV at the 2019 Geneva Motor Show, and now the Indian carmaker is planning to showcase the same EV at the Auto Expo 2020. According to recent reports, the company has plans to launch Altroz EV in India in two years. After Tigor EV, the Altroz EV will be the second fully-electric car from Tata. In terms of looks, the Altroz EV looks quite similar to the ongoing Altroz. Moreover, it will offer top-notch interior along with impressive performance. The hatchback is expected to offer a range of 250-300 km on a complete charge. In terms of looks, the Altroz EV looks quite similar to the ongoing Altroz. Renault Zoe EV will be offered with two different options of powertrains belting out a peak output of 108PS and 135PS.

Renault has nailed it every time at the combination of small and wonderful with cars likes Kwid and Triber. The manufacturer will be revising this act of coming up with great cars once again with the unveiling of Zoe EV at auto expo 2020. However, Zoe EV is not going to be an affordable car by any chance as it is going to be a CKD import unless Renault registers a high demand for the car. With this battery-powered EV, Renault will be trying to get a share of the trending EV market by with this compact and trendy-looking car. It is also going to be one of the most important small cars at auto expo 2020, with a chic design and small dimensions with a length of just 4.08 meters in total. Internationally, Zoe EV is offered with two different powertrain options with power outputs of 108PS and 135PS with a range of 395 km and 386 km respectively.