What Are The Challenges Of The Future India’s Electric Vehicles?

11 0
According to some recent information, India has an intention to shift from conventional fuel-powered vehicles into EVs segment by 2030. However, whether the prospect of electrified vehicles is bright or not is a big question mark.

Nowadays, with the breakthrough of science and technology, the Indian automotive industry sees a rocketing development in every aspect. It is currently on the move with a plenty of growing demand, opportunities, increasing investment from foreign corporations and policy support from the government. Modern buyers are having a wide range of choices and even getting into confusion around “what car to buy?” The domestic automobile industry is preparing for a changing landscape since India turns into the world’s third-largest passenger-vehicle market, especially jumping into the EVs segment which has been recognised as a rapidly developing line in the global market.

Due to the environmental issues, some rumours have revealed that the diesel engines will be ended up by 2021 making room for the presence of electric vehicles that will become the mainstay in the future context. However, is India totally ready for the transition to electric vehicles? Or will diesel and petrol engines come on the edge of being eliminated?

We can certainly say that the situation of petrol and diesel vehicles to be finished is still beyond the reality and the electric segment in the future automobile industry will also have to encounter a great number of challenges to reach the front place. Why’s that? Let’s have an insight into the difficulties of the future electric vehicles in India. 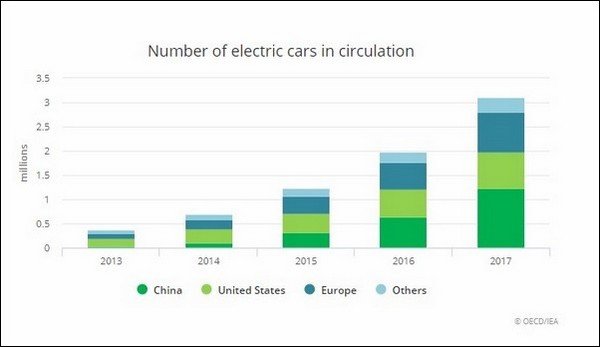 The Production Of Electricity

Is India well-prepared for the electricity source powering the total EVs segment? The answer is....obviously not. We don’t need to come to rural areas to find the matters occurred in the power supply. In some outskirts of a Tier-1 city like Mumbai or Pune, the power shedding is a daily problem. The regular power cut prevents the electric cars from being fully charged in the matter of the minute. In reality, some fast-charging luxurious cars like Audi e-Tron or Mercedes-Benz EQC requires at least 30-40 minutes to reach 80 per cent of power. Some largest EVs manufacturers have introduced solar-power energy into their products but its included costs are too high. Additionally, the inconsistent supply of electricity, as well as the power surges, can cause damage in the expensive components like the battery pack. Although some people who can afford these vehicles do not regard it as an issue, the technologies are so expensive to be put into the budget car segment (the sub-Rs 10 lakh space). It can be easily seen that the current car sales in India merely coming from this price segment that is appropriate to the major Indians’ affordability. In brief, the electrified vehicles are still far from the economies of scale in which adopt higher production to reduce the overall costs.

The Indian government has planned to shift the auto industry into the electric segment in 2020. The BSIV to BSVI emissions norms that created a huge impact on the environment as well as the conventionally powered vehicles. Nevertheless, it actually brings insufficient motivations for buyers to buy an electric car. The high production costs also restrict the manufacturers to release more special benefit and offer schemes to auto enthusiasts and it’s much depending on the Government support. In fact, a lot of large EV markets in the world make these vehicles more lucrative to buy by some policies reinforcement. 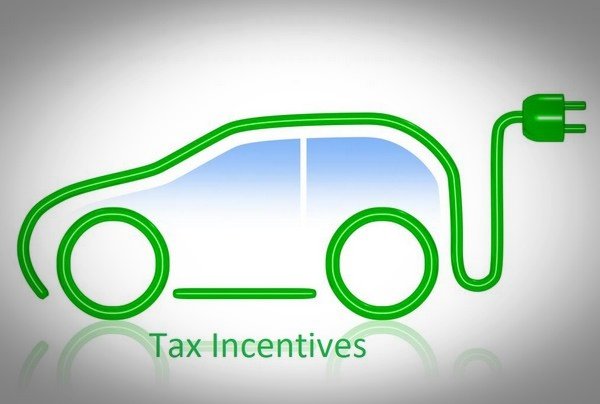 For instance, the world’s largest growing electric vehicle spaces such as Norway or Sweden have provided various benefits including registration fee waivers, tax deductions and even free parking fee, etc. that leads to a considerable amount of cost savings for the EV enthusiasts. Buyers can accordingly get a huge encouragement to buy an electric vehicle. To tell the truth, countries like Norway can resort to oil exports to make up for the significant amount invested for these incentives which cannot be utilized in our country; though the long-term benefits received from electric vehicles are great such as positive effects on the emissions as well as the cutting-down dependence on fuel imports. 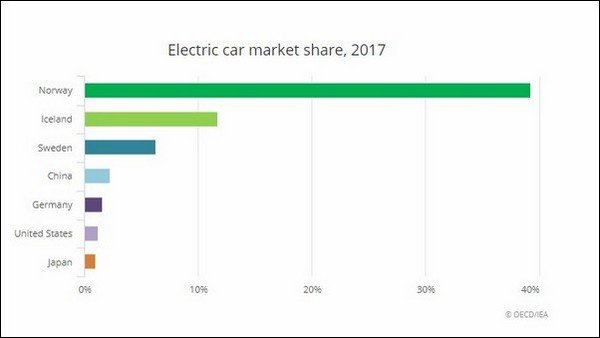 Norway is the fastest-growing EVs market in the world

In India, the EVs segment is currently under 12% of GST (Good and Service Tax) which is 16% less than that of petrol, diesel and hybrid vehicles but it slightly works. The Indian government actually claimed to create favourable conditions for electric cars sector but it’s nothing more than the “word of mouth”. No policy has been enacted to be the basement guiding the manufacturers to cater the demands. Therefore, the automakers are at risk investing more money in the EVs segment in the Indian market, especially the home-grown companies. To lessen the price of an electric model, the needs of localization in which the some or all components of electric-powered products need to be locally manufactured are crucial but it appears to be too far to expect.

As mentioned above, the electric vehicles are costly for both manufacturers and buyers. The biggest fraction in any EVs is the battery. For example, when the 2018 Maruti Suzuki Ciaz facelift launched in India, the petrol versions got a Rs 65,000 of price increase which was resulted from the expensive lithium-ion battery added to the Ciaz’s SHVS mild-hybrid system imported from Japan. In order to make affordable EVs, it is required to produce battery packs in India to cope with the local weather conditions and reduce the production costs. Now, there are no battery manufacturing companies like Tesla, BYD and Panasonic based in India while the related prices for buying an imported EV are extortionate. 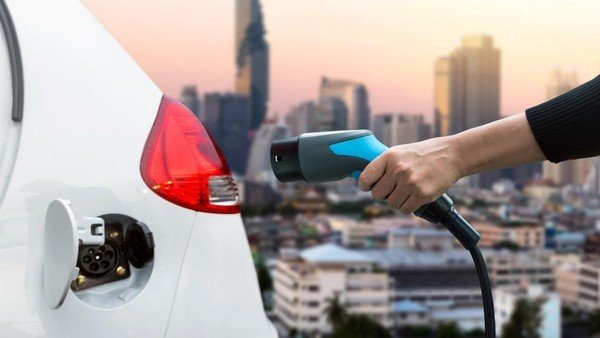 As compared to petrol and diesel engines, the EVs import makes the Indian market dependent and easily vulnerable to the fluctuations of the international market. These are the tremendous challenges that the electric cars sector has been and will be confronted with.

There are currently thousands of fuel stations across the country but how about the electricity charging stations?

To totally engage in this segment, we must step into the infrastructure construction across the cities. At present, even in the metropolis or urban areas offer little support for electric charging which is a big inconvenience for electric vehicles owners. The fuel availability will be a great limitation for the sales of EVs and on the other hand, the country still does not afford to build up the infrastructural supports promptly for the 2030 deadline. It will not happen after a while; thereafter it will be a great concern for both Government, manufacturers and buyers to reflect on. What do you think about the possible solutions to the challenges of India’s EVs and what are your motivations to buy an electric car? Let us know in the comment section below!

>>> Also read: What Are Challenges For Future Automobile Industry?