The Best Car TV Shows That Every Car Lover Should Watch

It is quite unfortunate that we car lovers do not have many TV shows to watch. However, there are a few that are worth your time and attention. Let’s check out top 5 car TV shows that you can’t afford to miss.

You know we keep it real on Indian Auto, so let’s keep it a hundred this time, too: The number of TV shows about automobile available is so small, especially when you compare their availability to other recreational activities or hobbies’ like fashion or cooking. There are even stand-alone fashion and cooking channels while automobile enjoys its place mostly in either sports channels or Discovery. Still, in the last five years, a few quality car TV shows have sprung up. Some are such a pleasure to watch, while some are just simply a waste of time. And we value the time of you, our precious readers, so we have compiled a list of top 5 best car TV shows that are still on air at the moment this article is published.

Chasing Classic Cars is a well-known resto-mod show that is made in the USA, but it is actually an American version of the British’s Wheeler Dealers. (We will deal with Wheeler Dealers later)

Long story short, the people in Chasing Classic Cars travel around America to look for unique, rare, and valuable vintage automobiles. Some cars they find are so rare that a vehicle of the same kind has not been detected for decades. The plan is that the people in the programme would look for a used-to-be fabulous car, buy it, and tweak a bit here and there. The result is the rusty old car is restored to its former glory or renovated to an even better state. Sometimes, the guys would try to resell the renovated vintage car for a few bucks, but things do not always go as expected. Anyhow, the selling point of the show is to see the car before and after the renovation as if it has gone through a major plastic surgery, and all you can do is go ooh-aah and marvel at the mechanics’ professional. Like we said before, Chasing Classic Cars were inspired by Wheeler Dealers. This British show is also about some dudes searching for an abandoned car that used to have some pretty glorious days. However, this time, they are travelling the WORLD to look for them. From Range Rovers to Lamborghinis, the hosts of Wheeler Dealers have dealt with all kinds of exotic vehicles.

In 2016, the show was moved from Discovery Channel to the cable network and got a spin-off named Wheeler Dealers Trading Up. In the spin-off, the aim of Mike Brewer, the host, is to be able to travel across four continents, buying and selling motors in order to make a profit rather than fixing vintage vehicles. And you know what? Mike started with a Maruti Suzuki Alto LX in India and he got a Porsche 911 Carrera Convertible in Dubai by trading up that Maruti through many other cars in various countries. So dream big, guys! Your “average” Maruti Suzuki may lead you to a sports car one day! Fifth Gear is a British TV programme that copies the iconic Top Gear, and is the one that is the closest to the original. The hosts consist of famous people in the automobile world like Touring Car Champion and Le Mans winner, and at one point in time, fashion designer Tom Ford too.

Though Fifth Gear’s budget is no match for Top Gear’s as the latter is produced by BBC, the former's production team has for sure worked hard to deliver an entertaining yet informative show.

One of the reasons why it is such a pleasure to watch Fifth Gear is because of their cast. 4 hosts of the show have such unique traits about them that seeing their interaction is such a sheer pleasure: Jason is the textbook definition of a cool dude, Johnny is uber straightforward, Tiff is synonymous with competition, and Vicki’s squeaking fangirling over a car is not a scene that can be seen in other car TV shows. And when you all fight with each other to decide who gets to drive the new car, it is just so fun to watch! If you are a fan of cars and also a fan of crude Southern US dudes, this is the show to go for. Unlike other retro-mod car TV shows, the hosts are just so flipping hilarious on screen that sometimes you even wonder if they know their ways around cars or are simply acting out in a comedy. The Gas Monkey Garage Crew sometimes even pull some pretty evil pranks on each other and they seem to take great fun in that. The planning and execution process of car modifications are portrayed in a detailed and impressive manner, but in some occasions, things do not go as planned. That is why we especially love the show because it does not only include the success, the glitz, and the glamour. However, if you are someone who gets offended easily, you had better think twice before watching this show.

Anyway, in case you are looking for some fun and real car modification kind of shows, look no further than Fast N’ Loud and trust them in the process as they are the masters of car modifications! Not only the cars but the guys also are fast n’ loud, in a fun way

If you are a car enthusiast and you do not know about Top Gear UK, then you cannot call yourself a car enthusiast. Top Gear UK is the legend among car TV programmes, and in the many years it has been on air (something like 42 years), no other show has been able to dethrone Top Gear UK. A lot of folks have attempted to copycat Top Gear UK but none has succeeded. There is even a Top Gear US, which is, obviously, an American version made in the USA by American folks, but it is quite stale if you compare it to the original.

Top Gear UK has gone through quite a few hosts, but BBC ensures that they all have superb dynamic and chemistry. Top Gear UK takes you around the world to explore the exotic cars, to go on incredible adventures, and sometimes just to laugh until you feel like your belly is going to burst because of the hosts’ jokes. You can never tell where the show is going to take you next. 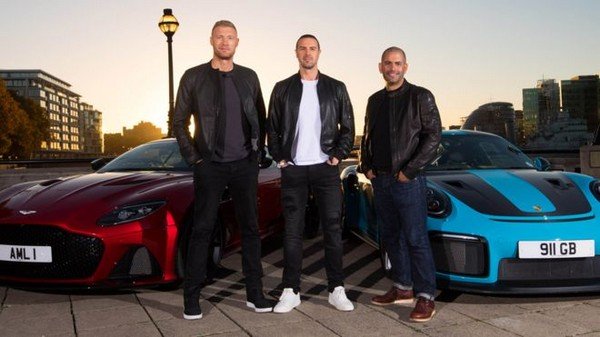 With BBC’s endless budget and the hosts’ crazy chemistry, Top Gear UK will take you on an epic adventure like no other TV show could