Planning to buy a used compact sedan? Then, Honda Amaze can be a potent option. Here're some tips you should know when considering buying a used Honda Amaze.

Are you in the used car market to grabble a set of wheels, that fits under the 4-metre marks and has 3-box sedan like shape? Honda Amaze could be the deal that fits best in all aspects.

Honda Amaze is a compact sedan from the Japanese manufacturer. It was launched in April 2013 to share the competition space with other compact sedans in the Indian market. The last-gen Amaze was based on the Brio platform and looked identical to the hatchback till B-pillar. However, the sedan had an added benefit of extra space in the rear seats and the trunk. With its powerful diesel engine and the added convenience of a CVT for the petrol version, the Amaze has carved a niche for itself. Honda is selling the second generation of Amaze across the world now.

Now, the second-generation of Amaze is out in the market and is doing well as the second-best-selling compact sedan of the country. When launched in 2013, Amaze retailed at a starting price of Rs 4.99 lakh, while the new generation Amaze now starts at Rs 5.99 lakh.

How many generations in the market? First-generation of Honda Amaze was launched in the country in year 2013.

Launched in 2013 as the first generation of the Amaze, the car was offered with a set of 1.2L petrol engine and a 1.5L diesel engine. It debuted as the first diesel car from Honda, and the 1.5L diesel engine was then shared with other Honda products. Honda kept adding a breeze of fresh air to the Amaze in the form of limited editions and introduced 3 new variants during its production run. A new SX variant was added with a bumped up features list, and following the suite was a new top-end model christened as VX(O). In 2015 a CNG version of the car was also added to the lineup. 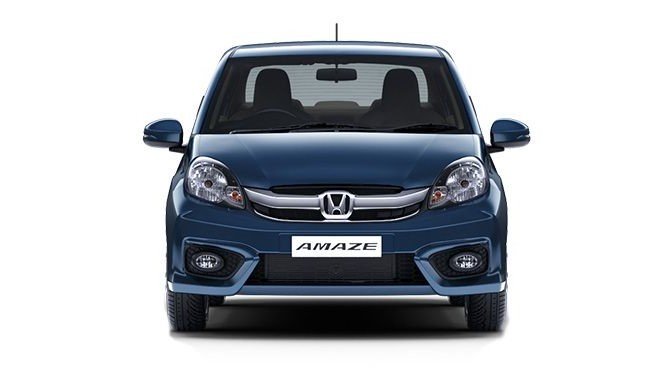 In 2016 Honda introduced a facelift for the first generation of the Amaze.

Three years later in 2016, Honda rolled out a facelift for the car, with some subtle changes to the exteriors as well as interiors. At 2018 Auto Expo, Honda showcased the second-generation of the car and then launched it in May 2018. Now in 2019, Honda has updated the top variant, 'VX' with an option of CVT. But till date, the car sells with the same set of engines it came equipped with during its debut.

Who should consider buying a Honda Amaze?

Honda Amaze has proved to be an entry gate to the world of reliability, which all Honda cars come induced with. Most people who buy Amaze are those making their second purchase while upgrading from a small hatchback.

Young corporate professionals or those with micro-families are the target customers for the Amaze according to Honda. The other reason is social status. The 3-box cars, in general, have a much higher social status than hatchbacks in our country. This although, has worked in favor of the Amaze too. Amaze offered a higher social status in comparison to hatchback with its 3 box shape .

While the customers for the used Amaze are those looking to shell out a price that a mid-size hatchback costs, but need a car with a boot. The used Amaze offers decent value propositions in comparison to a new mid-size hatchback, it offers more room, is reliable, and that fairly higher social status, we should not forget. Since buying a car in India is still considered aspirational than utilitarian.

Why should you buy one?

Amaze has stayed true to the core values of a compact sedan. It offers generous room inside the cabin and a fairly large boot. The front seats are rather sporty looking, while the rear ones are best in its class. The Amaze has had the highest legroom and knee room in the rear seats when it was first launched. The rear bench of the Amaze offered generous space for its compact dimensions.

With a frugal 1.5L diesel engine, it is efficient yet powerful. The 1.5L diesel is good for 100ps of power and is mile muncher. The supple suspension setup on the car has also benefitted it with absorbing ride quality. Keeping these pros aside, Honda badge is the next big things that fall in its favor. As the Honda badge guarantees the quality, not form over function.

Also Read - This Old-Gen Honda Civic Has Been Modified To Look Like The Latest Model.

What should have been improved on Amaze?

The 1.5L diesel engine which proved to be the selling USP for the Amaze is also a big let-down. The diesel mill is noisy and the NVH levels inside the cabin are poor with this choice of powertrain. No doubt, the engine is frugal & powerful and is line with that offered on a Ford Figo Aspire, but it lacks the refine-ness.

The rear seats of the Amaze offer generous legroom given its sub-4m dimensions, while the headroom for taller passengers is very limited. Apart from an arm-rest with a set of 2 cupholders, the rear cabin is free from any other creature comfort. There aren’t any AC vents or charging ports on the rear seats.

The Amaze has proved to be a well-built car. There aren’t any cases of major issues that have been in the air by the owners. However, the suspension on the first generation cars was reported to have some issues, as it bottoms out the car a bit, with all passengers in place, affecting the ground clearance. The brake pads on the first generation cars were said to go for a toss quite early, and require a replacement at around every 20,000 km interval. It took Honda a facelift long duration to iron out the issues with the pre-facelift versions.

However, Honda made a few recalls to certain batches of the Amaze and that is where one should keep itself away from. The replacements were done free of cost and every customer was called, but do check twice if the owner of the car was part of the recall drive or not.

Listed down are the recalls Honda initiated for the Amaze.

So do inspect the car visually for any hits or dents on the underbelly, as the ground clearance on the older cars was very less. Also, drive the cars on a bumpy stretch and try to observe if there’s any squeaking sound from the suspension. A keen inspection should also be made towards an uneasy noise from the front brakes, to understand if the pads are in good shape.

The service cost for an Amaze is not expensive at all. The overall maintenance cost for a vehicle driven with a lac kilometer, 35 paise per km is what incurs to the customer. The scheduled service costs also range between 4000 to 5000 rupees and that is acceptable.

If considering the major spares that a used Amaze would need, the brake pads change costs around 5000 INR with labor costs. Though, one can get the OEM pads from the open market since they would be a cheaper replacement.

The suspension overhaul is something expensive and thus a proper inspection should be made from a sound technician to stay away from such unexpected expenses.

If fuel economy is the buzzwords to you, then better avoid the 1.2L petrol-powered Amaze. The petrol Amaze in real-world city conditions return a rough figure of 13kmpl, which isn’t as efficient as the Dzire. The diesel counterpart, however, is frugal. How frugal? It returns 18-19kmpl in city runabouts with ease. On a 90kmph highway cruise, the FE is claimed to be 25kmpl. The new generations are also said to have a 5% increment over the older one. And this time, the CVT is also well-calibrated to return the same FE as the manual.

Refrain from getting home a pre-facelift first-generation example. Those were full of suspension issues and also came with bland interiors. The pre-facelift batches also registered 2 major recalls for airbags and power steering sensor harness. So, repudiating a car that was manufactured before April 2016 would be a better choice. Our advice would be, look for a car with the manufacture year 2017, as it would still have its warranty intact. All the major issues ever addressed in Amaze were ironed out by 2017, thus it’ll be a hassle-free ownership run. If the monthly run is less than 2000kms then petrol Amaze would be a perfect choice, but if the drive is any more than 2000kms per month, then the extra cost of diesel Amaze for its frugal nature should be paid.

One can look out for a clean example of the previous generation of Maruti Suzuki Dzire. But it should be noted that it won’t offer the space and performance an Amaze would. Getting the daily chores with the car sorted in the tier-2 cities would be an easy job though. The other potent alternative to the Amaze is the Volkswagen Ameo. Thanks to the poor resale value, finding an excellent example with a low asking price would not be a tough job. For assistance, you can check, Buying Used Volkswagen Ameo (2016-2019): Essential Tips For You.

However, if you consider the car has to be petrol-powered, and shelling out a few more grands can be done, a used Honda City can be the perfect car for the money spent. Since the previous generations of petrol Honda City are in abundance in the used car market for a cheap price. And, our buying guide for the used Honda city can be a good read.