Even though Hyundai Santro Xing has been discontinued in 2015, there is still a great demand for this specific car. Let's see what is so appealing about the Xing.

Hyundai Santro Xing had been around the market for almost a decade. It was one of the biggest competitors in the segment back in the day. However, as time goes by, it could not retain its popularity and has been discontinued since 2015. But still, it is one of the most beloved cars in India. If you are interested in buying a small-budgeted car, you can still purchase the used Xing for a good price. IndianAuto.com will give you the full Hyundai Santro Xing 2018 Review to help you to know more about this car. 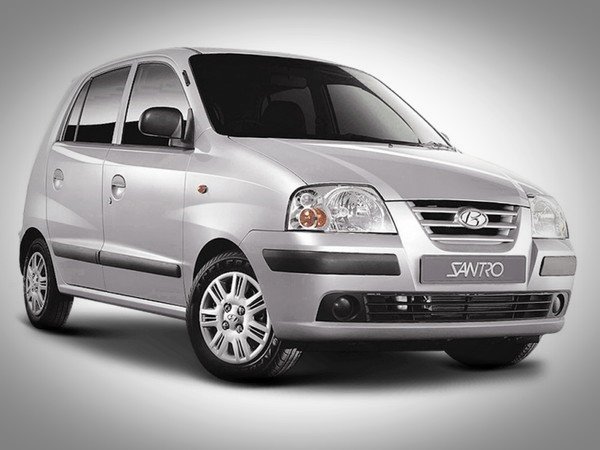 Hyundai Santro Xing looks proportionate and neat from the outside

From the outside, the Santro Xing remains the tall body from its previous models. Compared to the recent car designs, it could be considered quite old-fashioned. However, overall, it is still a proportionate and good-looking design with large headlamps and a stylish radiator grille. Santro Xing looks simple and neat from the front.

Moreover, since it has been discontinued, the new buyers could only get the second-hand cars. If it is the case, the car look also depends on the care of the previous owner. If this person did a good job of caring, it could still get a decent-looking car.

The paint color palette includes real earth, ebony black, noble white, bright silver, charming grey, aquatint, passion red and husky blue. Finding the right color is also an important decision. Some colors get worn and dated after years of usage, whereas there are still colors that are on-point until these days.

The facelift in 2010 had done some important changes to the interior of the car. Whereas the recent cars in the same segment seem to go for the dark theme like all-black or gray, the cabin palette includes lighter tone colors - dark brown and beige. This dual-tone interior creates a bright space inside the car.

The texture of the dashboard is of high quality, which contributes to its endurable and like-new looks after years of usage. The entertainment system allows MP3 and CD playing. It also supports Aux-in and USB ports for playing music from other devices. Now, the entertainment system like this could be considered poor, however, for the time of its launch, these entertainment features were acceptable. If you don’t mind about the advance additional features of a car, this would not be a big problem. 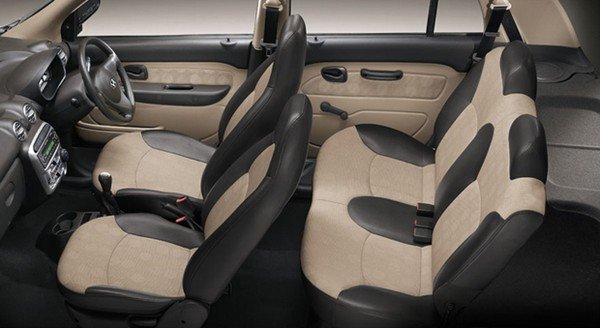 The Xing's cabin with dual-tone is spacious

The cabin could hold up to five occupants, but it is most suitable for four people. The seats feel comfortable with good thigh and back support. Passengers also have enough room for their legs and heads. The headrests are integrated with the seats, which creates a fixed comfortable sitting position.

You can store your things in the glove box, bottle holders, a map holder, and a storage tray. Besides, you also have a good amount of space for storage in the boot room.

The engine of the Xing applies the eRLX active intelligence technology which has been considered revolutionary back then. It enables the car to have better power and efficient operation. With the 1.1L petrol engine, it could assert the power of 63BHP and the torque of 96Nm. The engine goes with the 5-speed manual transmission. For the GLS AT variant of Xing, 4-speed automatic gearbox is available.

The improvement in technology, including McPherson Strut suspension and 3-link offset coil springs, has led to pleasing handling and riding quality of the car. Its performance is responsive and provides enough grips.

City driving gets easier as it has a good acceleration and deals with instant gear switch quite smoothly. On the highway, it is a speedy car and still keeps a firm suspension. However, due to the high stance, body rolls are still there. 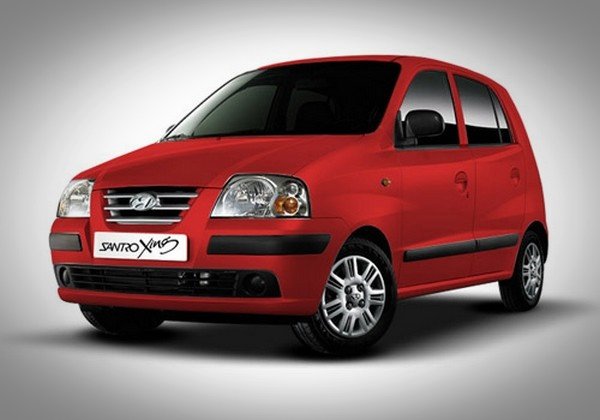 Santro Xing is a good car for city commuting

Variants and prices: There are six variants of Santro Xing, which are XK Non AC, XK, XL, XO, and AT. In the used car market, the Xing’s price ranges from Rs 2 Lakhs to Rs 3.5 lakhs.

Overall, it is a good car for a small budget. The trust and the love that it gained over years is the most obvious evidence of its performance.

>>> Click here for more reviews from IndianAuto.com of the latest car models in the Indian market