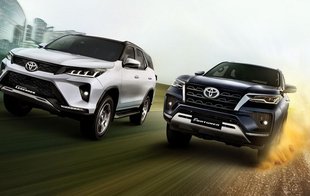 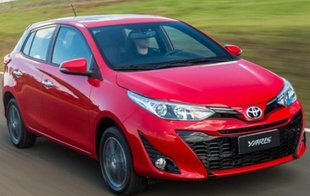 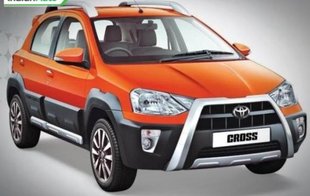 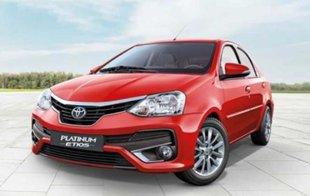 Toyota Motor Corp was first established in Japan in 1937 and quickly become one of fastest-growing automobile manufacturer in its country then. Headquartered in the Aichi, Japan, Toyota Motor Corp is now a multinational auto manufacturing company that is regarded as one of the largest automakers in the world. Toyota began its Indian inning since the late 1990s as an entity known as Toyota Kirloskar Motors which is headquartered in Bidadi, Bangalore, Karnataka. The company has two manufacturing plants both based at Bidadi, with the annual production capacity of 3.1 lakh units. The Japanese company has a massive network of almost 300 dealers for sales and service purposes across India.

The auto enthusiasts have been familiar with Toyota’s logo which is essentially formed by the overlapping of two perpendicular ovals that symbolizes the letter “T” for Toyota. The outer oval means the world embracing the company. Also, the Toyota logo also exhibits the steering wheel of a car itself. On the other hand, each oval is carrying different stroke width that is similar to the “brush art” of Japanese culture. The white space inside the Toyota logo is conveyed by Toyota as the infinite values including superb quality, driving fun, innovation, value beyond expectation, integrity in safety, the social and environmental responsibility.

Toyota introduces a range of models reigning across the auto segments like SUVs, MPVs, sedan and hatchbacks. Currently, there are seven different Toyota cars on sale in the Indian market including the Toyota Fortuner, Toyota Innova Crysta, Toyota Glanza, Toyota Yaris, Toyota Vellfire, Toyota Camry, and Toyota Prius. As of now, the Japanese automaker has 7 different ongoing models in the domestic car market. There are also a few upcoming Toyota cars on the cards for the Indian launch.

Toyota Fortuner has been an immensely popular model of the brand, not only in India but also in the world. In its latest avatar, the Toyota Fortuner offers 8 variants with 7 different body colour options including phantom brown, super white, attitude black, Avant-grade bronze, grey metallic, silver metallic and white pearl crystal shine.

Being a premium full-size SUV offering, the Toyota Fortuner gets a great street presence with big, badass and burly appearance. That said, the imposing look of the Fortuner SUV is complemented by many premium design elements with an aggressive front end combined with a pointier nose, muscular bonnet design with a lot of chrome inserts.

On the inside, the biggest highlights on the Toyota Fortuner interior should be a spacious room and high riding position, enabling all-around visibility through the massive windows. The Fortuner’s cabin also feels upmarket with a lot of bells and whistles of a contemporary SUV. Some major features of the Toyota Fortuner include touchscreen audio with capacitive switches, large TFT MID, leather seats, automatic climate control, power windows, driving modes, power adjust driver and front passenger seats among others.

Toyota Fortuner is a mile-munching SUV with two engine options under the bonnet -  a 3.0-litre 4-cyl diesel motor making 177 PS of max power against 420 Nm (MT) or 450 Nm (AT) of torque along with a 2.7-litre 4-cyl petrol mills delivering 166 Ps/ 245 Nm of torque. Transmission choices for the Fortuner include a 6-speed MT with iMT/ 6-speed AT( for the diesel) and a 5-speed MT/ 6-speed AT (for the petrol variants)

The Toyota Fortuner is priced quite decently in India at around Rs 28.66 – 36.88 lakh (ex-showroom, Delhi). When compared the Fortuner with the Ford Endeavour, the two SUVs are almost on par in the price range.

Like the earlier Fortuner car, the Toyota Innova Crysta is also a roaring success of the brand in the Indian market. In fact, the Innova has been leading the MPV segment for a long time now and becomes a go-to people mover for the Indian buyers, especially large families. The Toyota Innova Crysta has 23 different variants on offer with 6 body colours on tap including Garnet Red, Avant-Garde Bronze, White Pearl Crystal Shine, Grey, Silver and Super White. Compared with the Fortuner, the Toyota Innova Crysta, be it an MPV, doesn’t look as much imposing. However, that is compensated by the practicality, decent interior space with excellent performance on the roads.

Like the Fortuner, the Toyota Innova Crysta is powered by both a 2.4-litre diesel and 2.7-litre petrol engine options with the power and torque figures being at 150 PS/ 360 Nm and 166 PS/ 245 Nm, respectively.