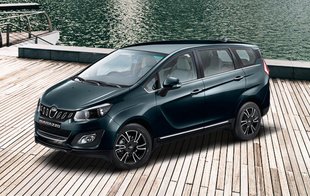 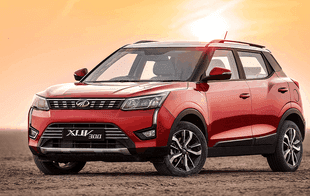 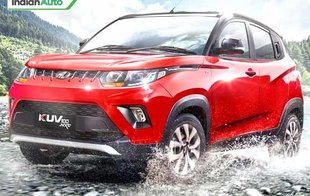 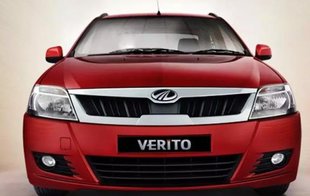 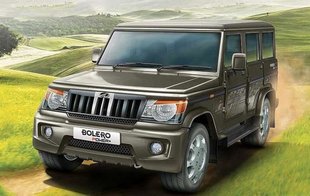 Being an Indian multinational vehicle corporation, Mahindra & Mahindra Limited is headquartered in Mumbai, Maharastra, India. Established in 1945 and called Muhammad & Mahindra, the auto company was renamed as Mahindra and Mahindra later. Mahindra started its business with steel trading and entered the automotive industry with Willys Jeep in 1948. The company’s plants have been established in Nasik, Zaheerabad, Chakan, Haridwar and Bangalore in India. The company is the largest tractor producer and seller in the world and one of the most popular automakers in India. Currently, the Indian home-grown automaker has up to 891 dealers in 582 cities such as Pune, Kolkata, Chennai, Bangalore, Mumbai and Delhi, etc.

Although Mahindra logo is quite simple in comparison with others, it represents an important philosophy of the automaker. The “M” of the logo symbolizes three equal divisions: services, possibilities and products. Furthermore, they also follow the three basic tenets: accepting no restrictions, thinking alternatively and driving positive change. The red colour symbolizes strength and energy.

Launched in 2002, the Mahindra Scorpio is the first product of the car company to be launched for the global market.

3. In the Hindu language, Mahindra means King, God or great Indira of the Earth.

Mahindra manufactures cars which belong to various body types: SUVs, hatchback, sedans, etc. Nevertheless, Mahindra is most well-known for SUVs with a wide range of popular SUVs in the Indian auto market such as the Mahindra Thar, Scorpio, Bolero, XUV500, XUV300, etc. Noteworthily, the Mahindra Thar, which is famous for its off-road capabilities, is expected to receive a new generation next month. Even before its launch, the off-road SUV has gained a considerable amount of attention from the Indian off-road enthusiasts and is one of the most highly-anticipated cars in India.
The current portfolio of the home-grown auto manufacture includes Mahindra Scorpio, XUV300, Bolero, XUV500, Marazzo, KUV100 NXT, Alturas G4, E Verito, Bolero Pik-Up. In the future, Mahindra is expected to launch the eKUV100, Thar, XUV300 Turbo Sportz, TUV 300, TUV 300 Plus, new 2020 Mahindra XUV500 and Mahindra XUV300 Electric.

The 2020 Mahindra Thar will be packed with halogen headlights with LED DRLs a 7-inch touchscreen infotainment system with Apple CarPlay and Android Auto, autocruise, steering-mounted controls and a digital MID, etc. The new SUV will get dual front airbags, ABS with EBD, front seatbelt reminder and rear parking sensors as standard across all the variants.

The new Mahindra Thar is expected to be priced between INR 10 lakh and INR 13.5 lakh (ex-showroom) and rivals the Force Gurkha in the Indian auto market. The SUV is equipped with a wide range of features including a sunroof, an autocruise, a 7-inch touchscreen infotainment system with Apple CarPlay and Android Auto, rain-sensing wipers, automatic air conditioner and a reverse parking camera. In the safety front, the XUV300 offers up to seven airbags, corner braking control, front and rear parking sensors. The SUV receives its power from a 1.2-litre turbo gasoline burner (110 PS against 200 Nm) which is mated to a 6-speed MT and a 1.5-litre oil burner (117 PS against 300 Nm) which is paired with a 6-speed/6-speed AMT.

The Mahindra XUV300 is priced in the range from INR 13.57 lakh to INR 19.3 lakh (ex-showroom, New Delhi). It competes against the Maruti Vitara Brezza, Hyundai Venue, Ford EcoSport and Tata Nexon in the fiercely competitive sub-4-metre compact SUV segment. Offering vehicles in numerous segments and body types, Mahindra has gained remarkable success in the Indian auto market. The brand competes against Tata Motors, Hyundai, Maruti Suzuki, Honda, Volkswagen, etc. Pay a visit to IndianAuto to get a glimpse of Mahindra latest models.