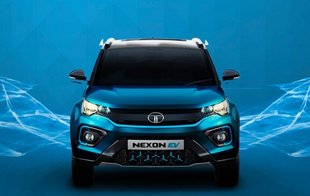 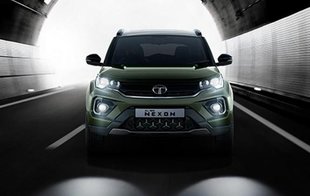 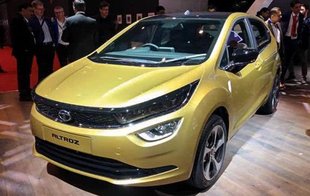 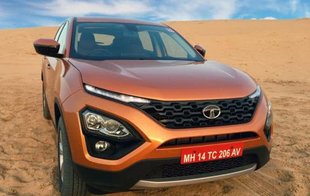 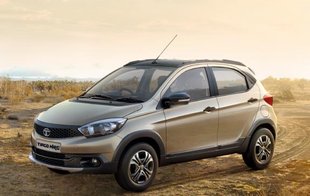 Tata Motors is the multiple automotive company headquartered in Mumbai, India. Being a part of Tata Group, Tata Motors has been the pioneer of the India automotive industry. The homegrown car brand is now manufacturing a wide range of vehicles in different categories, from passenger and commercial vehicles, utility vehicles to buses and trucks.

Founded in 1945 as a locomotive manufacturer, the Tata Motor made its commercial vehicle in 1954 in partnership with Daimler-Benz AG. The next landmark for the India automotive firm was in 1988 when it launched the first passenger vehicles with the TataMobile.

Besides developing its own range vehicles, Tata Motors also expanded its global business by acquiring other international automotive companies like Daewoo Commercial Vehicle in South Korean and Jaguar Land Rover in the UK, along with more than 1000 other subsidiaries and associate companies.

Back to the India market, Tata Motors has established a wide manufacturing base across India. Currently, the company has multiple manufacturing plants based on Jamshedpur (Jharkhand), Pune (Maharashtra), Lucknow (Uttar Pradesh), Pantnagar (Uttarakhand), Dharwad (Karnataka) and Sanand (Gujarat). The car manufacturer also runs a network of 770 dealers across the country. Tata Motors is growing in popularity in the Indian market

With wide-spread manufacturing facilities, Tata Motors rolled out more vehicles. Tata Motors launched various vehicles during the process of rebranding itself as a global car brand. Tata has positioned itself as the manufacturer of affordable vehicles. Tata Motors even launched the Tata Nano as the cheapest car in the world, which has gained attention from global audiences. Unfortunately, Tata Nano did not get a considerable commercial success and went out of production in 2018.

However, the car brand does not let the failure of the ambitious Tata Nano get in the way. In recent year, Tata Motors has shown its ability to create affordable with stable quality. Notably, the Tata Nexon became the first India-made car to gain full star score at the Global NCAP safety test.

Currently, Tata Motors is ranked among the top five car manufacturers in the Indian market. This homegrown car manufacturer is offering a wide range of passenger vehicles in hatchback, compact sedan and SUV segments. In total, Tata’s official line-up includes 7 models. Some of the most popular nameplates provided by Tata include Altroz, Tiago, Nexon and the Harrier. In the future, Tata Motor is readying to introduce the Gravitas and HBX SUV. Moreover, Tata is shifting its focus to the development of EVs with a host of new EVs to arrive in the following years.

Even though having penetrated in various segments in the market, Tata does not really own any best-selling vehicle in the respective space. But still, some of Tata cars have gains recognition as well as a considerable following from Indian customers.

Tata Nexon is competing against the likes of Hyundai Venue, Ford EcoSport, Mahindra XUV300 and Maruti Brezza. In the near future, it will be joined with other upcoming models like Toyota Urban Cruiser, Kia Sonet and Nissan Magnite. Priced from Rs 6.99 lakh to Rs 12.7 lakh, Tata Nexon is offered as one of the most affordable vehicles in its class. This SUV comes with multiple engine options, including a 1.2-litre turbocharged petrol engine (120 PS and 170 Nm), a 1.5-litre turbocharged diesel engine (110 PS and 260 Nm). These engines are mated to either a 6-speed manual gearbox or a 6-speed AMT.

Positioned in the premium hatchback segment, Tata Altroz is rivalling against the likes of Maruti Baleno, Toyota Glanza, Hyundai Elite i20, and Honda Jazz. It is the first Tata car to be underpinned by ALFA platform. This hatchback comes with two choices of engines, 1.2-litre petrol (86PS/113Nm) and a 1.5-litre diesel engine (90PS/200Nm). Both engines come with either a 5-speed manual transmission or a DCT. Notably, Tata Altroz has received a five-star rating for the adult occupant protection and full star for overall safety on the Global NCAP crash test. Launched in 2019, Tata Harrier is a good option in the compact SUV segment. This SUV is rivalling against the Hyundai Creta, and the mid-range Jeep Compass, MG Hector and Kia Seltos. Initially, the Harrier was offered with 2.0-litre diesel manual gearbox only. However, Tata has added a new 6-speed torque converter automatic gearbox to the line-up. In the near future, Tata Motors is planning to introduce a petrol engine to the range. Tata Harrier is available in eight variants, XE, XM, XT, XT+, XZ, XZ+, XZA and XZA+. Prices of the Tata Harrier starts from Rs 13.84 lakh and goes up to Rs 20.3 lakh.