This review from IndianAuto.com will go through all the details that set the differentiating line between the 2018 Mahindra Verito new version and its old forerunner and convince you of the car’s value.

The 2011 Verito model of an approach to the sedan class (also designated to take the place of the contemporary Logan) definitely failed to get enough attention basically due to not covering enough features to make a car worthwhile (and don’t get me started on the boxy body frame). Well! The carmaker learnt their lesson and has made a second attempt at replacing the Logan with the facelifted Verito of 2018. But don’t you rush to the conclusion about the vehicle developing on its predecessor of a failure to not make negligible differences. It is actually a matter of fact that the car has brought about considerable changes that would sure promise big sales for the upcoming time. This review will go through all the details that set the differentiating line between the 2018 version and its old forerunner and convince you of the car’s value. 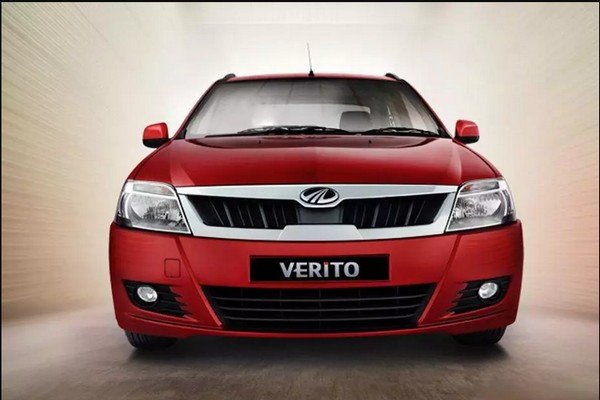 The most obvious changes come from the outside. The front end boasts a total fresh rectangular and bold grille with chrome frame and the surmounting logo of M & M. Flanking the redesigned front grille, the old pair of headlights also gets replaced by the new set of upgraded ones. The same can be said of the back end whose old taillights are all binned and taken place by more up-to-date units. Thanks to the new design, the overall outline gets a lot more fluid and sleek, totally contrasting that of the previous version of Verito. This modern look is also contributed by tweaking with the dimensions, to be more specific, the cabin room benefits greatly from the C-pillar being retouched. Both front and rear bumpers have been significantly tweaked to absorb more impact and shock from the minor collision, which in turn would cut back a considerable amount of repair costs if accidents happen. The vehicle doesn’t come with an ideal ground clearance, which stands at 172 cm, due to the size of the car; an expected ground clearance to be viewed as decent enough to deal with bad roads is usually around 180 cm.
The palette of paint colours offers a total number of eight shades of trendy interest which includes: Rocky Beige, Mist Silver, Dolphin Grey, Toreador Red, Java Brown, Diamond White, Fiery Black and last but not the least the romantic Twilight Blue. No update to the storage compartment of the 2018 Verito, which remains with the storing volume of 510 litres. That said, it is still quite something to boast about since it surpasses that of the Maruti Suzuki Swift DZire which stands at a puny cargo space of 316 litres only.

No update to the storage compartment of the 2018 Verito, which remains with the storing volume of 510 litres

Not as much as it is on the outside, modification on the inside is mostly centred around ergonomics for the sake of right driving posture and comfort of occupants. It should be noticed that the cabin has recently received a boost in space thanks to the tweaked dimensions, hence yielding more room for passengers. Headroom and shoulder room all come in comfortable volume and fitting in a fifth person would not cause that much of squeeze, though leg room would somewhat inevitably be compromised. Sad enough, the M & M didn’t count infotainment system in their update list (speaking of frugal, you say), and the result is those car occupants will have to make do with what they have to entertain themselves during a trip. 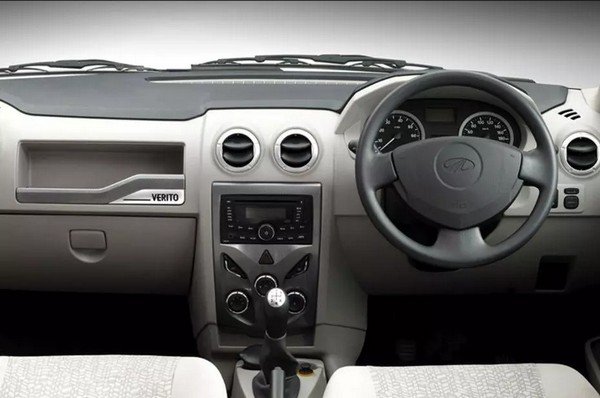 For what it’s worth, you can’t ask for much from a vehicle of such price tag like that of the 2018 Verito when it comes to security. The facelifted model is only equipped with one airbag for the driver, central locking system, engine immobilizer and child safety lock.
The only exception that comes with a decent gear of safety equipment is the top-spec D6 variant. This very vehicle features popular devices such as EBD (Electronic Brake Distribution) and ABS (Anti-lock braking system) and the basic remote central locking.

Borrowed from the Renault, both petrol and diesel engine units will power the new Verito. The diesel motor has an output of peak power of 65 bhp @ 4000 rpm and churns out 160 Nm of peak torque at 2000 rpm. Meanwhile, its petrol counterpart generates a max power of 75 bhp at 5500 rpm and a max torque of 110 Nm @ 3000 rpm. Having that being said, the gearbox choice offers only one option which is the five-speed transmission which will be mated to either of the above-mentioned motors for grand driving experiences.

And to sum it up: The 2018 Verito doesn’t sound much of an attractive deal if you focus primarily on the safety aspect (the stingy M & M decided to go with one airbag only). But in the effort to tip the scales in their favour, M &M presents both options of petrol and diesel engine and has run a fair round of update to catch up with the current vogue of smarter and sportier car. And to their credit, the hard work has paid off with the result of a much more stylish-looking Verito, totally breaking itself free out of the shade of either the Logan or the previous models. Of course, there is more to it than what a brief article like this one can provide you with but we did put ourselves in a customer’s shoes judging a car as an important means of mobility, and this automobile has proved its worth of being a reliable companion one can hope for. 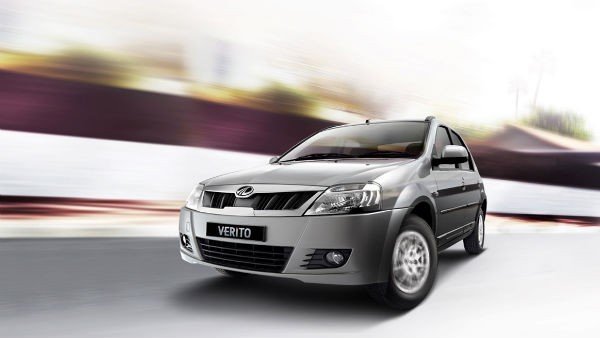