Hyundai Xcent's newest facelift has brought in many changes for the package. Let's see whether or not these changes could lead to overall better quality of Hyundai Xcent.

In 2017, the Hyundai Xcent was given a facelift that brought in a refreshed exterior look and a new interior as well. The tweaks in the model have been welcomed by the car buying lot. Here, IndianAuto.com gives you a detailed review of Hyundai Xcent 2018 in India.

Hyundai Xcent looks a lot better with the refreshed exterior. The several styling changes come together well to give the Hyundai Xcent 2018 a bold new look. While the old model’s exterior might be a little bit dull and ordinary, the new facelift appears bolder and leaves an instant impression.

On the face of the Xcent, the manufacturers have put a strong dose of chrome, especially on the grill. The new chrome-garnished grille covers a much larger area than the older version but makes the car look sportier. Admittedly, this new front facade has moved the car out of the realm of plain-looking cars, promoting a premium vibe from the outside. 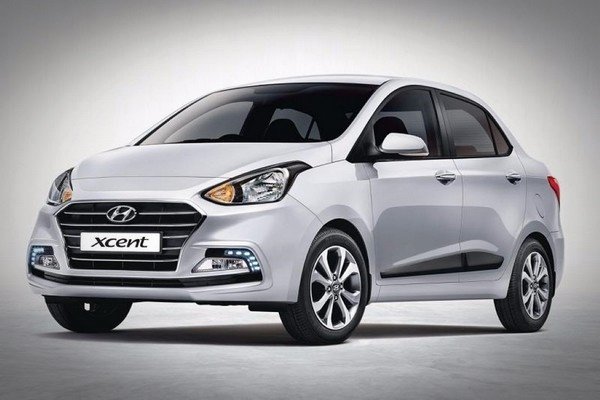 The front and side look of Hyundai Xcent

Together with the new grille, the front also receives a new foglight housing, which is much cooler and sleeker than the two-part grille in its earlier model. Replacing the simple foglamp housing, the new posh swept-back fog lamps as well as new daytime running LEDs. Along with that, there is a new thin bumper connecting the two fog lamps.  The side profile remains to be the same, except for a subtle change in the alloys. 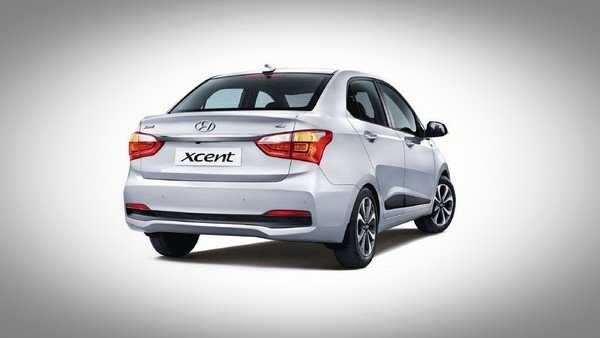 The rear look of the Hyundai Xcent

The rear of the Xcent is also a host for exterior updates. The redesigned rear profile features reshaped-taillights. Like the front side, the rear is added with a new black bumper insert. Overall, the facelift’s exterior updates have drastically changed the look of the traditional Maruti Dzire-rival.

Not only the outside, even the inside of the refreshed Xcent feels premium. The interior is stylish and remains comfortable and practical at the same time. With a black and beige theme, the interior gives an impression of a high-end car.

On the dashboard, the layout is simply-organized for easy controls. The Xcent gets a new 7-inch touch-screen infotainment system which also supports Apple CarPlay and Android Auto connectivity. The touch-screen is responsive and has a high display quality. To optimize the use of the touch-screen, many additional features have been integrated to it, including, navigation and rear camera with dynamic guideline

The instrument cluster unit is eye-catching and attractive with blue and white illuminating light. And to boost the experience, the power-assisted steering wheel is tilt-adjustable and features telephony and infotainment controls. 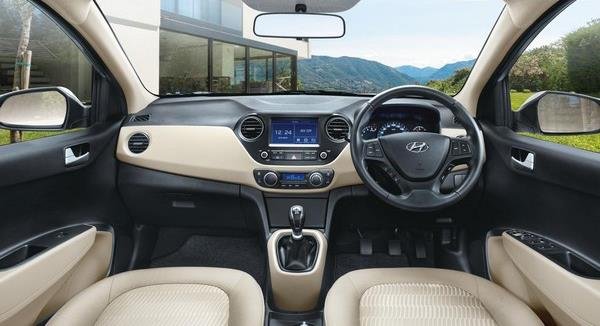 The new dashboard of the Hyundai Xcent

The best thing about the Xcent is its roomy space. It offers a decent space for the whole family of five. The rear seat has all the supported feature to give the best experience for passengers, for example, an armrest with cup-holder, rear vents, and adjustable headrest. Throughout the interior, you can find a lot of space for storage, for example, storage space for four doors, cup-holders on the centre console and on the armrest at the rear row, a chilled glove box to keep drinks cool, not to mention a large cargo space at the rear. Due to the extended width, the 407-litre boot can be loaded with large luggage with ease. To enhance the comfort in the cabin, the Xcent is equipped with a full list of features, including automatic climate control, rear parking sensors, star/stop button AC rear vents, navigation on a touchscreen display, and smart key.

The Xcent still receives power from a 1.2-litre 4-cylinder Kappa petrol engine but the earlier version's 1.1-litre diesel unit has been replaced with a 1.2-litre 3-cylinder CRDI motor. While the former outputs 83 PS and 116 Nm, the latter provides 75 PS and 190 Nm. Transmission options include a five-speed manual gearbox and a four-speed automatic unit, with the latter being available only with the petrol engine. Both the engines are shared with the Hyundai Grand i10, which is the hatchback on which this compact sedan is based on. However, the Xcent offers lower NVH levels, thereby providing higher refinement levels

Even though having the same engines, the Xcent and the Grand i10 have different performance patterns. Thanks to the additional weight, the Xcent feels a little bit more sluggish than the Grand i10. For example, in the Grand i10, there isn’t any turbo lag, whereas it is quite pronounced in the Xcent. It also takes longer for Xcent to accelerate. However, it's easy to drive the Xcent in the city as it comes with a light clutch. The manual transmission-only diesel comes first in terms of fuel efficiency with a desirable figure of 25.4 kmpl. The manual petrol comes second with 20.14 kmpl, and the petrol automatic is even less fuel-efficient with only 17.36 kmpl on offer. With the same suspension setup as the Grand i10, the Xcent offers good ride quality and handling. Low-speed drives are comfortable without many bumps, even on the bad road roads. But it still gets a little bouncy when tackling corners at fast speed.

Hyundai now offers dual front airbags as standard across the Xcent’s variant range. The top three variants also get rear parking sensors, while the top two get a reversing camera with the feed relayed to the touchscreen infotainment system. However, while ABS was a standard offering, it’s now limited to the range-topping SX and SX (O) grade. At the least, ABS should have been optional for the lower variants.

>>> Visit IndianAuto.com for more review of the latest models