Mahindra Bolero is one of the most hot-selling SUV in India. Let's find out the true reason for its popularity with IndianAuto.com Team on the following review of Mahindra Bolero 2018 in India.

Mahindra Bolero is one of the most popular SUVs in India. With the introduction of the new, updated Mahindra Bolero for 2018, the SUV has become a much more lucrative option for potential SUV buyers out there in the market today. Back in 2016, Mahindra launched a new version of the Bolero which was already a top-seller in our market. The reason behind its popularity is its powerful engine, dollops of space on the inside and its intensely rugged looks. With the new updated version, the Bolero now gets a new engine, with more power and increased mileage. It also now gets a new variant in the lineup, named Bolero Power+ which gets added goodies. Could it be the next hit for Mahindra in 2019 and continue the success of its earlier versions? Here is the Mahindra Bolero India 2018 review, where the IndianAuto team finds out what it’s all about.

The changes to the new Bolero’s exterior design are minimal. The most significant change in terms of the design is that the new version now offers a new choice, in terms of size. At a length of 3,995mm, the new Bolero Power+ is indeed a sub-4-meter SUV and completely out of the norm for what were Bolero’s in the past.

The Mahindra SUV has always been known for its rugged looks and rural-area-ready rugged suspension. Nothing about the exterior could be considered elegant or dashing, it is designed to be a tough brute. The masculine appearance has always been the Mahindra Bolero’s irresistible charm. 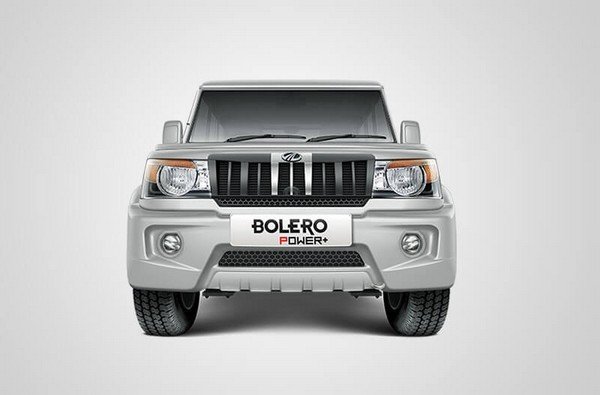 The impressively tough looks of the Bolero from the front

Its rugged design is the most prominent up front. Specifically, details like the large blacked-out grille and large headlamps dominate the front fascia. Above that, the squared-off windshield matches the overall boxy looks and as for the side profile, the Mahindra Bolero features the same design language as the front. It also gets a large glass area, a straight roofline, and flared wheel arches which strongly assert the Mahindra Bolero’s toughness. However, it still looks simple and the aggressiveness of the new, updated model is not excessively pronounced. 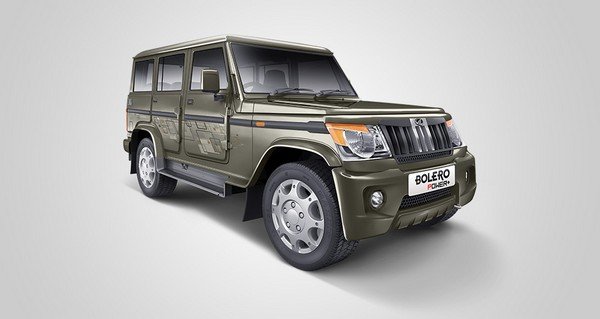 The side of Mahindra Bolero looks boxy as the front

At the rear, the spare wheel is mounted to the right side and lend the car a stereotypical go-anywhere old school SUV look. Being cohesive with the overall rugged appearance, the taillights share the unmistakable square shape of the front headlamps. 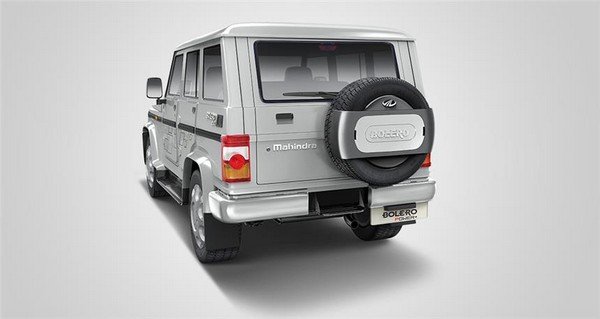 The rear side is harmonious with the overall design

Nothing about the SUV is posh or classy, the Mahindra Bolero’s design has been solely optimized for practical usage and this ruggedness in design, will definitely satisfy the hearts of India’s budget-minded thrill-seekers and adventure-lovers.

At its full capacity, the Bolero could accommodate up to seven occupants. However, the boot space must be sacrificed to achieve the full occupancy. In the front and the second row, there is enough room for legs and knees, along with generous shoulder room thanks to its boxy exterior design. The second bench now gets an armrest to provide rear-seated passengers with added comfort. However, the limited space and unusual layout of the third row of seats, continues to be a hindrance. Admittedly, these are more like additional seats (they still don’t get seatbelts) rather than proper row seats. In developed cities, It is only advisable to be used by kids and that too, not on long journeys, considering the safety aspect. Regardless, Bolero’s plying  in rural areas will no doubt be able to stuff up to four people in the third row, if not more. 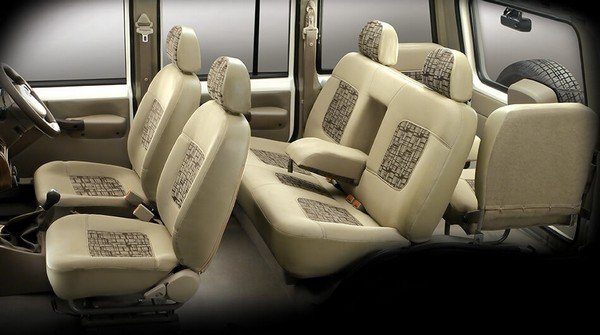 For the driver, the three-spoke steering wheel is still mounted unusually high and makes the driving position quite uncomfortable. Inside, the car gets beige-themed interiors and the large windows make the interiors look even more spacious and roomy. The seats are wrapped in vinyl and look really stylish. Moreover, the seat cushioning feels better than the old Bolero. Overall, the interior is utilitarian, yet neat enough to be eye-pleasing.

The dashboard, on the other hand, has been carried over straight from the old Bolero and gets the same basic features and controls of the previous Bolero. Being the highlight of the entire dashboard, the head-unit gets a faux-wood finish and houses the AC vents and AC controls, AUX and USB input as well as audio controls. The audio system gets a CD player and Bluetooth connectivity rolled into one. Instead of the round pods, the instrument cluster is a modern LCD screen with all the dials presented in a neat fashion. The power windows are still controlled by the buttons tucked away on the panel above the centre tunnel, near the handbrake. The dashboard of the new Bolero Plus is simply-designed

In terms of storage spaces, the second-row area doesn’t get any space for storage except for magazine pockets on the back of the front seat. Whereas the front row gets cubby holes in the door pocket and cup-holders near the handbrake.

The Mahindra Bolero Power Plus gets an additional set of features which is not available for the standard models. These a semi-digital instrument cluster with added driver information, central locking, keyless entry and a 12V socket. But admittedly, even that isn’t enough to classify the Bolero as a complete feature package.

The new Bolero Power Plus only has one engine option on offer, which is the 1.5-litre mHawkD70 engine. It is capable of delivering a power output of 70bhp, higher than the engines in the lower variants and a torque output of 195Nm. The 2.5-liter diesel m2DiCR from the lower variants, on the other hands, develops 62bhp and the similar torque figures as the engine in the Power Plus variant. Both engines employ forced induction in the form of a turbocharger and mated to a 5-speed manual transmission.

The mileage of the engine in the Power Plus variant claims to return a mileage of 15kmpl to 16 kmpl – which is about 5 percent higher than other variants. The reason behind this improvement is the use of a micro-hybrid technology, helping the car to shut off the engine when idling for a long time and get better fuel efficiency.

The new engine in the Power Plus variant is a more refined engine and better performing mill as compared to the older 2.5-litre diesel. With a high torque output at lower speeds, it delivers a satisfying performance lugging around passengers and cargo lazily, yet in utter comfort. It doesn’t require constant downshifts either while maneuvering around the city in peak traffic conditions. To enhance the comfort of driving, the new Bolero is engineered to have a light steering and clutch action. The suspension setup comprises of IFS Coilover spring and an anti-roll bar for the front and an elliptical leaf spring setup for the rear. It gets a conventional body-on-frame structure, which helps the bolero easily soak up small bumps and potholes. While it does feel wallowy around normal city driving conditions, it is even more uncomfortable at at high speeds. On the bright side, one noteworthy characteristic of the new Bolero is a lower level of NVH due to better insulation installed on the new Bolero.

The safety features available on the new Bolero are still next to none. It does not even include any options for ABS, airbags, or parking sensor, which is something that Mahindra seriously needs to work on. However, Mahindra is working on offering the Bolero with these options as it will be mandated by law very soon.

The price range of Mahindra Bolero starts at INR 7.39 lakh and goes all the way up to INR 9.08 lakh (all price are ex-showroom).

Overall, Mahindra Bolero has definitely proved itself to be a worthy choice for its reliability and low cost of maintenance.

Chevrolet Tavera vs Mahindra Bolero: Which UV Is Better?

Chevrolet Tavera is discontinued but its legacy still lives on. Here we compare the Tavera with the Mahindra Bolero.

Mahindra Bolero is the top-selling SUV in the automakers stable. Last month, the carmaker sold 6,055 units of the SUV.

Here’s how the new 2020 Mahindra Roxor looks like. The automaker has completely changed the front look of the SUV.

Mahindra has recently introduced the new base B2 variant of the Bolero. The popular UV is now offered at a starting price of Rs 7.64 lakh (ex-showroom, Delhi).