Toyota Fortuner and Ford Endeavour: Which one makes a better off-roader?

Toyota Fortuner and Ford Endeavour are the two most famous names in the Indian market when it comes to capable off-roading SUV. But which one will the better option for you? Let's find out in the following detailed comparison review from IndianAuto?

The very first names coming to mind when mention about off-roader cars in the Indian market must be the Toyota Fortuner and Ford Endeavor. They all make a wonderful choice as off-roaders. Toyota Fortuner with the incredible off-road capacity and the approved reliability of Toyota has easily made it to the top of the selling chart in the SUV segment. Ford Endeavour doesn’t fall behind, continuously steps up their games to better compete with the Toyota Fortuner. With many other new players entering the segment, but these two names are still the most prominent rivals in the SUVs place.

The two cars are compatible in terms of width and height. The Endeavour is slightly wider and higher. However, in term of the length, Ford Endeavour is 97mm longer than the Toyota Fortuner. It is understandable that the former’s wheelbase is 105mm longer. With the greater length, the Endeavour scores out the Fortuner with a better interior room.

Both of these two cars share some common same design characteristics, for example, both of them feature chrome application on the front grille and the spoiler at the rear. However, they are still substantially different. 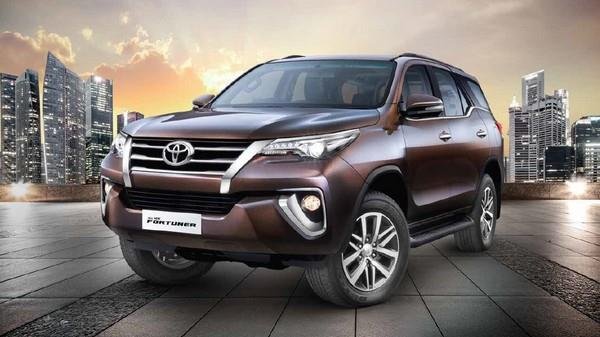 Toyota Fortuner feels glossier with slim smoked headlamp and silver-contoured fog lamp units. On the side, the 18-inch alloys wheels enhance its presence while still keeping it look smart with the sleek outlined glass window. To the rear end, the spotlight is saved for the engraved “Fortuner” on the chrome strip. It is also hard to spot out the stylish LED taillight. The Fortuner’s design is obviously more current and relevant than Endeavour.

Ford Endeavour is more retro-inspired. The hexagon grille with chrome accents and the headlight unit feel more classic and conventional. The front fascia features masculine and dominant bumper with silver paint job which consistently appears on the rear profile too.

Ford Endearvor’s interior features a black and grey color theme, together with the sunroof, making the interior brighter and airier. The simple and uncluttered layout of the dash allows easy operation and convenience. Also, the instrument cluster of the Endeavour comes with two smart color-screen MID representing information about fuel consumption, media and drive mode setting. The plastics material feels more premium and certainly has a better quality than that the Fortuner. The low-set dashboard enables a broader view from the cabin. On the other hand, the Fortuner is more stylish and complicated. There are much going on with the dash, including a button-packed head unit and a busy instrument cluster. We could find wooden faux touch as well as silver accent all over the board. Both of the SUVs are feature-loaded. They all share a long list of features including rear parking sensors, rear parking camera, dual-zone climate controls. To enhance the driving experience, customers of both cars will get cruise controls, electrically adjustable driver seats, and GPS navigation as well. The Fortuner edges out with features like keyless entry, paddle shifter, push-button engine start-stop and telescopic steering adjustment. On the other hand, the Endeavor also offers things that Ford Fortuner could not have, for example, separate rear AC controls, front parking sensors, auto parking assist, active noise cancellation, automatic wiper, headlamp washer, and sunroof. 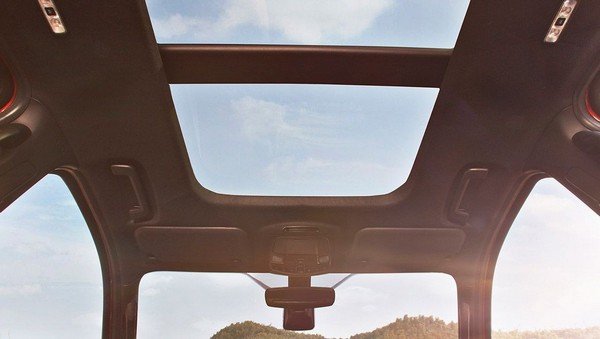 Ford Endeavour comes with a sunroof, creating an airy and bright cabin 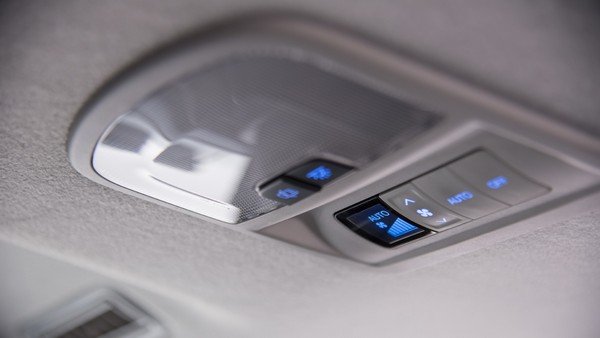 Toyota Fortuner will give you a roof-mounted AC control panel

One distinguishing difference between the Fortuner and the Endeavour is that the former offer easier access to the third row. It allows passengers to access just with one flip, whereas, the Endeavour requires you to lift up the second rows to get into the third bench. Moreover, the third seats of the Endeavor are quite low, making the sitting position uncomfortable.

At the front seats, as the Endeavour’s central console soaks up quite much space, its front seats feel less amply as in the Fortuner.

Toyota Fortuner is empowered by a 2.8-litre engine which could make 177PS and 450Nm while the Endeavour gets a 3.2-litre, 5-cylinder diesel motor that churns out 200PS and 470Nm. On the other hand, the Endeavour possesses a weight of at 2,394kg which is 259 kg heavier than the Fortuner. Toyota Fortuner will be powered by a 2.8-litre engine

Both are paired with a 6-speed automatic transmission. The Endeavour offers more responsive gearbox and smoother gearshift. Ford Endeavour is also more powerful at acceleration as it could do the 0-100kmph sprint with lesser time.

The noise and vibration level is better at the Ford Endeavour, partly because it is assisted with active noise cancellation feature. The Fortuner might give out a pleasing NVH level at low speed, but as the speed builds up, that pleasing moment easily fades out.

In terms of off-road ability, the two SUVs offer an equally good performance. While to Toyota has shift-on-the-fly 4x4 knob and active traction control whereas the Endeavour features terrain management system for a better off-road drive. When it comes to the off-road ability, the two cars is neck and neck

With a noticeable improvement in the riding comfort, the Fortuner feels more calm and confident at high speed and there are much vibrancy or thuds felt inside the cabin. Nevertheless, both of the cars still deliver body roll which is an unavoidable feature of any ladder-frame SUV.

Toyota Fortuner's price is ranging from 26.96 lakh to 32.48 lakh whereas the Endeavour which only comes with diesel engine starts from 26.33 lakh and could go up to Rs. 26.69 lakh. 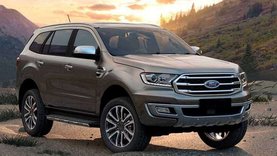 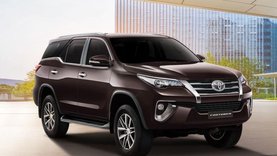 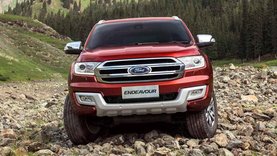