2018 Honda WRV: A crossover version of Honda Jazz with fantastic look and more

Honda WRV is a Jazz-based crossover. This new car looks nothing like its predecessor, but what about its interior and performance? Let's read the detailed review to find more information about this new model?

Honda WRV is developed on the base of the Honda Jazz, and it is a compact SUV version of the sold-out hatchback from Honda. From its launch, as the first sub-4 metre crossover of the Japanese automaker, the car is expected to extend the success of Honda in the segment of SUV. Honda WRV is based on Honda's popular hatchback -the Jazz

The crossover has shared the underpinning with the Jazz and inherited some core elements in the design from the premium hatchback, making it easy to notice how they are related. Apart from that, it is altered and twisted mechanically to pull out a powerful crossover out of the original hatchback platform. And on this review, let’s explore how Honda has developed and make differences to their new sub-4 metre crossover.

Honda shows how clever they are at employing the existing design and twisting it for a whole new look. The WRV, even though being a hatchback-based crossover, could create the definite impression as an outright crossover. Honda WRV has an absolute look of a crossover

On the front, the grill still houses the signature thick strip of all Honda models with Honda badge in the middle, but the black piano strip has been replaced by a chrome one, enhancing the toughness and imposing impression. And the grill is still flanked by two headlamps which are refreshed to look more angular and aggressive and equipped with LED DRLs. The bumper is raised higher with dual tone, characterizing it as a rugged crossover. The WRV has all the features of a typical SUV, like body cladding, flared arch wheel and floating roof

On the side profile, Honda has taken the common way to make its WRV appear more crossover-like – that is to apply black rubber body cladding to the car door as well as on the wheel arches. Coming to the rear side, the WRV features split C-shaped taillights and black-grey rear bumper. Unlike the Jazz which deploys chrome slash running under the rear window, the WRV insert chrome touch above the skid plate. On the rear, the WRV looks nothing like the Jazz

Generally, the exterior of the WRV coherently screams that it is a clear-cut crossover and completely distinctive from its predecessor.

In terms of dimension, the WRV has clearly grown from its original platform. It has increased 44mm in length and 40mm in width. To boost the crossover-ish look, its ground clearance is added 57mm, measuring at 188mm. Besides, standing at 2555mm, WRV’s wheelbase is 23mm longer than the Jazz. WRV hasn't changed much from the original design of the Jazz

Admittedly, the WRV has completely transformed in terms of exterior, however, don’t let the different look fool you. By the time you open the car door, you will know that it is still, after all, a Jazz-inspired model. And yes, there is not much change given inside the car. They bring the dashboard straight from the Jazz with little twists and tweaks. You will see the same instrument clusters and a familiar steering wheel column. Changes are limited on the climate control panel. The oil manual rotary controls unit is replaced by a touch-sensitive one.

The quality of the interior, however, still looks poor on the plastic and the fit and fishing is not at its best especially on the car door. 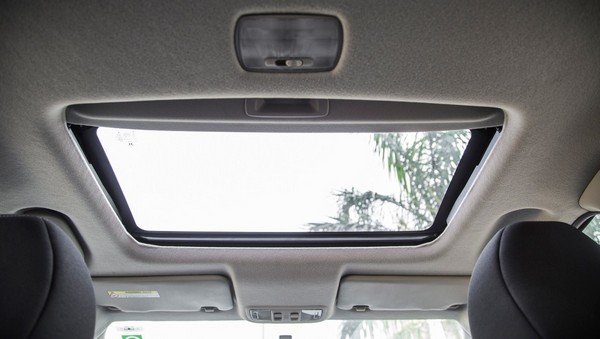 Even though looking the same, the WRV has packed with many new advanced techs, for example, the infotainment system is now featured a new 7-inch touchscreen – the same unit from the City. This Android-powered unit could support WiFi and Bluetooth connectivity, as well as USB and Aux-in input. Besides, it is also employed for satellite navigation and reverse camera.

Moreover, WRV is equipped with additional features like keyless entry, sunroof, automatic climate control and electric ORVMs. Especially on the diesel version, it will get cruise control and engine push start-stop button.

WRV has successful remain the spacious room inside just like the Jazz. The occupants can get plenty of room, legroom, knee room and headroom on the front as well as on the rear seats. Moreover, to add more comfort to the rear, the WRV will come with rear center armrest. And plus, the seats are high-quality, supportive and comfortable.

However, it is upsetting that it doesn’t have the Magic Seats as in the Jazz. Neither does it have a 60:40 split seat, which is a big step back inside the cabin for the WRV. Inside the WRV, you can find a amply space in both front and rear row

Petrol version of the WRV comes with a 1.2-litre engine which makes 90PS and 110Nm. The power is delivered to the wheel by a brand new 5-speed manual transmission which hasn’t been offered in any previous Honda models.

The petrol engine is competent and rev-happy, especially on the mid-range band or even on the high-end range where it could offer most power and action. On the gearbox, you will have a light clutch and effortless gear shifting. However, at low speed, there is a certain feeling of underpowered performance. The Honda petrol car is claimed to exert the mileage of 17.5kmpl. On the diesel variants, 1.2-litre engine could pull out 100PS and 200Nm and, paired with a 6-speed manual gearbox. It means that the WRV will not offer any automatic option. Turbo lag is visible but across that point, the performance is more linear and powerful until it reaches the red line. At the midrange, it runs lively and responsive. One minus point for the diesel is that it is quite vocal in any given band. In terms of fuel efficiency, the diesel WRV could return 25.5kmpl of mileage. 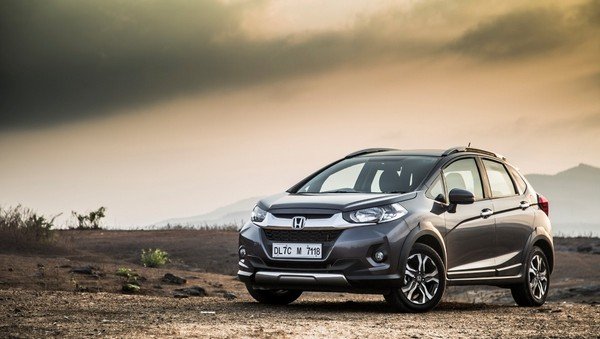 The WRV has given updates on its transmission system, which improves the riding quality and gives it more compliant drive even at bad patches. The steering offers good grip and as the car fast forward to the higher speed, it will weight up as well. The brake is as good as one from the Jazz.

-    WRV is a successful variation of the Jazz

-    It comes with a decent feature list. WRV is also the first in its class to have a sunroof

-    Automatic gearbox is not available

-    The finish quality is not up to expectation

Honda is offering some amazing benefits with WR-V. The Honda SUV is powered by a petrol and diesel mill.

The upcoming Honda ZR-V is expected to be revealed soon. In our market, it will rival the likes of Maruti Vitara Brezza, Kia Sonet, Ford EcoSport, Nissan Magnite and Tata Nexon.

Honda ZR-V is rumoured to be Honda’s new sub-four-meter SUV. The new SUV will be available in the Indian market and could replace the Honda WR-V