Tata has extended the Tiago range with a crosshatch version named Tiago NRG. Let’s find out the details of the Tiago NRG.

Tata Tiago NRG is the crosshatch developed on the hatchback Tiago. Mechanical updates and cosmetic changes are made to give the Tata Tiago the sporty look and improved performance. With the price ranging from Rs 5.50 lakh to 6.32 lakh, the Tiago NRG matches with the Maruti CelerioX and Renault Kwid Climber.

Most crosshatches essentially share the same fundamental design with their original cars. However, to get the real meaning out of a crosshatch, it is necessary to boost the dimensions of the cars. For example, the Tiago NRG’s length is increased by 47mm, now standing at 3793mm. At 1665mm and 1585mm, it is also 18mm wider and 52mm taller than its hatchback sibling, respectively. While the wheelbase stays the same at 2,400, the ground clearance is increased to 180mm as a step to beef up its road presence. The changes in dimension help to promote the new rugged styling as well as increase the interior space.

The boot space at the rear stays the same at 241 litres. This cargo volume is just good for the casual good carrying. However, it doesn’t have a foldable rear seat, therefore, you can't extend the cargo space for more space for luggage. On the exterior front, the NRG basically sustains the overall elegant look that is still selling well with the Tiago. However, to distinguish itself and fit into the crosshatch segment, certain changes are added. For example, the NRG gets a black plastic cladding on the lower part as well as the wheel arches and side skirt on the body side, while the rear end now appears with a new faux skid plate, roof spoiler and a black cladding on the tailgate. On the front fascia, the NRG houses a blacked-out grille, smoked headlight. On the side of the NRG, it sports black-finished roof rail, door handles and ORVMs and a new set of four-spoke 14-inch wheels. 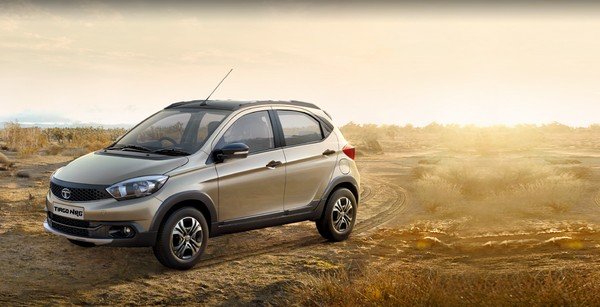 Changes are made to infuse the NGR with a sporty, muscular look. But these twists could not convert the NGR into something unrecognizable. We could still easily tell it is a brother of the standard Tiago.

Tata Tiago design’s most exciting part must be its interior. The overall design is identical to the regular Tiago. Replaced the regular single-tone colour tone, the Active black theme with Canyon Orange accent on the air vents, the gear stick housing and seat highlight stitches adds some fun for the interior.

The Tiago NRG gets the Active black theme with orange highlights

Besides, the Tiago NRG also welcomes a new 12.7-inch touchscreen unit. This unit is borrowed from the Tigor and Tiago NRG also shares the same connectivity system. Along with that, the users of the Tiago NRG are also provided with a high-quality 8-speaker sound system from Harman, automatic adjustable ORVMs and height adjustable driver seats and control mount steering. The navigation map is now presented in 3D, allowing new and appealing experience in the car. What’s more, it also comes with cooled glove box and various storage box throughout the cabin.

Even though the interior looks the same, the experience is totally different with the addition of various features 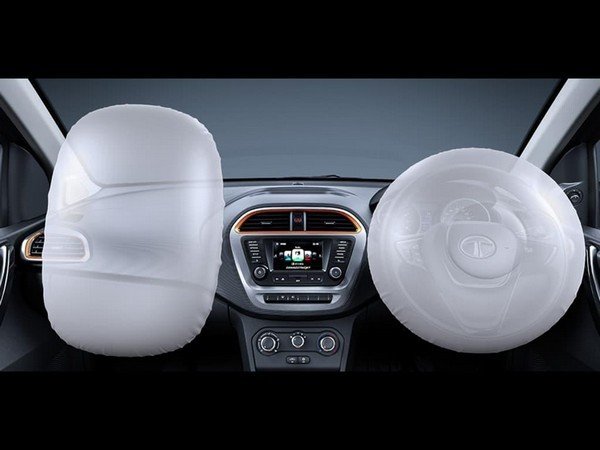 On the safety front, the Tiago gets dual airbags, ABS with EBD as standard

Even though its name stands for “energy”, it doesn’t seem to translate into a more powerful performance in real life. In fact, in terms of the engine, the NRG doesn’t fall far from its roots. The NRG version continues to receive power from the same 1.2-litre Revotron petrol engine and the 1.5-litre Revotorq diesel engine. The petrol engine is able to produce 84bhp and 114Nm while the diesel engine could deliver the maximum torque of 69bhp and the torque of 140Nm. Just like the performance recognized in the Tiago, the NRG version also claims to make good use of city driving as well as highway driving.

The standard transmission is a 5-speed manual gearbox. The sad news is there is no new automatic transmission cast on this version of the car. Tata Tiago NRG could have done better with the addition of automatic option.

Another good trait that the NRG inherits from the regular NRG is its high fuel efficiency. The petrol is claimed to return the mileage of 23.84kmple while the diesel is good for 27.28kmpl.

When it comes to pricing, Tata Tiago NRG clearly holds the upper hand with its surprisingly affordable price. Compared with the hatchback encounter that is priced at 3.4 to 6.38 lakh, the NRG is priced higher. With its offers, Tata Tiago NRG could feel confident with its competitive and value-for-money price.

Tata Altroz vs Tata Tiago Comparison: Which Is Better To Buy?

Tata has just launched the all-new Altroz premium hatch and the updated Tiago in the Indian market. Read along our detailed comparison of Tata Altoz vs Tata Tiago to know what these cars have in common and what are the difference between the two.

BSVI Tata Tiago facelift has gone on sale at a starting price of Rs 4.60 lakh and comes with a 1.2-litre petrol engine along with some styling updates that spruce up the exterior.

The Tata Tiago has just made a great comeback with its heavily-updated avatar, additional features and revised bonnet. What makes the all-new revolutionary hatchback? Let's find out in our 2020 Tata Tiago Review

Tata Motors has introduced a new Arizona Blue colour shade for the Tiago. It replaces the Tectonic Blue colour scheme, which was offered earlier. Read more about it here.

Tata Tiago is the smallest and most affordable product of the carmaker in India, and the automaker has now introduced a more affordable AMT variant for the Tiago. Read about it here.