As per now, the New Maruti Suzuki Swift is out to rule the roads with its new muscular facets features and bold style. Let’s check out some interesting facts and points regarding the new generation version of Swift.

Maruti Suzuki turns out to be the best example for the vehicular collaboration which has successfully captured the Indian Automobile market. They have the elite range of small, medium, hatchback and SUV vehicles in its portfolio. This collaboration is dominating the Indian roads with 52% market hold. Despite Suzuki does not have that big share in the international markets but in the Indian Subcontinent, it plays a bigger and better role.

Suzuki Swift was manufactured in India, Hungry, Japan, Pakistan and China. In India, Maruti Suzuki launched Swift in May 2005, with a powerful 1.3-Litre Petrol Engine. This model was a derivative of the Suzuki Swift which was already available in the international markets. As per now, the New Maruti Suzuki Swift is out to rule the roads with its new muscular facets features and bold style. Let’s check out some interesting facts and points regarding the new generation version of Swift. 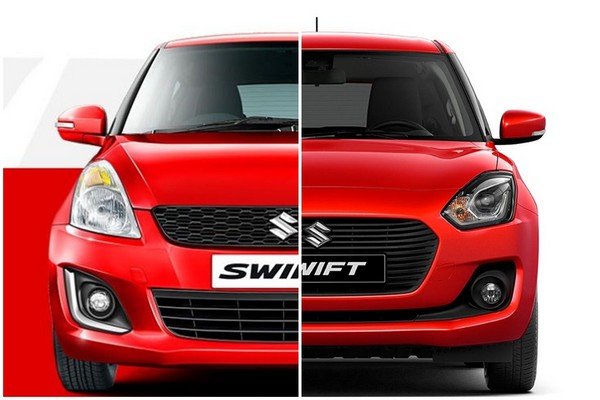 Being derived from the earlier Suzuki Swift, the latest model is now more active, sleek and classy. The next generation Swift turns out as the radical departure of its ancestor, with major changes in its features both inside and outside. As per its appearance, the New Swift is more spacious and lavishing with new additions.

New Maruti Suzuki Swift is now sportier and pro-active than the earlier Suzuki Swift. Its frontal facets are now bolder enough, which includes the classy headlamp unit with powerful projector headlamp with the daytime running LED lights replaced by the multi-reflector with the former ones. Its indicators are shifted towards the inners side with the grille unlike it was in the Ex-Swift. The fog lamp housing is kept round but with now chrome on its exteriors. 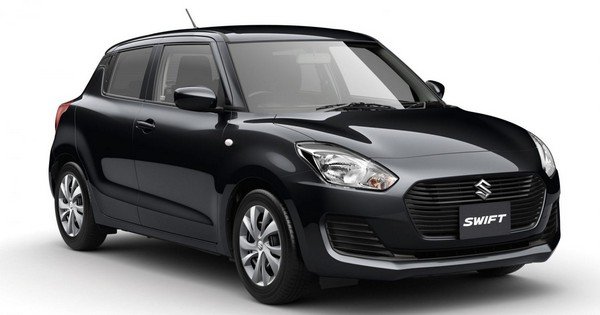 The honeycomb grille is now replaced with large hexagonal vertical slats, with the shining Suzuki logo in the middle. Its reshaped bumper adds the real class than the former Swift.

As you turn towards the sides, its rear door handle gets a new place with the rear window and turns out to be blackened (This design looks similar to Chevrolet Beat). The New Swift also gets trendy and bold looked dual tones alloy wheels.

Talking about the rear end, it too gets completely refurbished and sporty. It has wide boot lid, newly designed bumper and red flashy tail lamp unit for an attractive rear end.

With the New Maruti Suzuki Swift, you can see some dimensional alterations as compared to the Old Maruti Swift. The length of the New Swift is reduced by 10 mm as which was earlier 3850mm. Even it has gone wider now with an increase of 40 mm from 1695mm. The height is kept the same as 1530mm but there is a sudden enhancement in the wheelbase with 20mm from the former, which was 2430mm. The same as Maruti Suzuki Dzire, the New Swift has been lowered in ground clearance and it is reduced by 7mm, but this might not create the problem with its underbelly. Here, is some good news for those who need bigger boot space as it is increased by 58 litres from the older model.

With the noticeable increase in the dimensions of the new Swift, it has become more roomy and spacious. Earlier, the Swift users faced the issue of narrow legroom, but now it is broader with enhanced shoulder and knee room for the back commuters.

The new Swift gets a premium changeover with a dual tone dashboard and gives you a first class feeling while driving. Now, enjoy the cool breeze from the round Aircon vents in the middle with rotary AC controllers. The dials are made sporty to increase the racing spirit of the drivers. But, with the new Swift, you will miss the storage space above the glove box as in the earlier model. The New Maruti Suzuki Swift has come up with some amazingly bold features. Its steering wheel has been modified with a flat bottom, leather-dressed steering wheel, push-button start facility, and proactive auto climate control. The infotainment system gets a better upgrade update with Suzuki’s 7 inched Smart Screen. It provides compatibility to both Apple and Android systems with its Mirror Link Connectivity.

Also, in addition, you get the Aux system, Bluetooth Connectivity, and built-in a navigation system which directs you to get swiftly in the right direction. The parking issue is now completely resolved with the new rear parking sensors which conjugate well with the infotainment system, as it works as a display for the rearview camera.

The All new Maruti Suzuki Swift is ready to hit the roads with all the muscular facets and modernized features. It is also embedded with the vital safety equipment and features for a safer drive. You get the dual front airbags, better controlled ABS and EBD braking assistance, seat belts with better locking system, seat belt reminder signal, force limiter, child safety lock and child seat anchoring and the engine immobilizer.

The latest Swift gets powered from the previous generation engines i.e. 1.2- Litre petrol and 1.3- Litre diesel engine. The New Swift petrol version produces the power around 83PS/113Nm and on other hand the diesel engine delivers 75PS/190Nm. Dissimilar to the previous model, the new generation Swift comes with a 5-speed AMT with and also the 5-speed manual gearbox. But the AMT (Automatic Manual Transmission) comes with the V and Z variants.
Therefore, with similar powered engines but lighter weight and structure, Suzuki claims with a mileage of 22kmpl to 28.4kmpl for the petrol and diesel versions. Enabled with the specialized Heartect platform, there is a significant reduction in the weight of the vehicle and it has been reduced to 85kg. Earlier Swift has already made its place in the heart of the drivers but now the New Maruti Suzuki Swift pledges to be more fun driving with its weight reduction and better handling. Over 29 Maruti Swifts Sold Every Hour In March 2021

Maruti had seven vehicles in the top-ten positions in sales charts for March 2021, with Swift being the highest-selling car in the country.

Maruti has just launched the facelift version of the Swift in February this year. The facelifted Maruti Swift is now available on sale with a discount of up to Rs 50,000, only two months after its launch.

Maruti Suzuki has launched the facelifted Swift with a few visual updates along with a new engine under the hood. Check out the latest TVC for the 2021 Maruti Swift.