What do you know about the world's cheapest car from the Indian automaker - Tata Nano? Will a low price mean a cheap and cost-cutting quality? Let's find the answer from the following review from IndianAuto.com.

Tata Nano is best known as the most affordable car in the market. Launched in 2009 as the cheapest car, Tata has stirred up some disbelief and hesitation. Despite the initial response it receives, the Nano is constantly improving toward the better package and declaring its position as an affordable, but still, efficient and decent car. Here is the full Tata Nano 2018 Review India from IndianAuto.com.

The Nano will put you in awe at the first sight. The car possesses an unusual look. At the length of 3164 mm, the Nano is exceptionally short. However, at the height of 1652 mm and the width of 1750 mm, it still has a higher stance than the normal hatchback. Overall, the Nano is an adorable and attention-grabbing car. 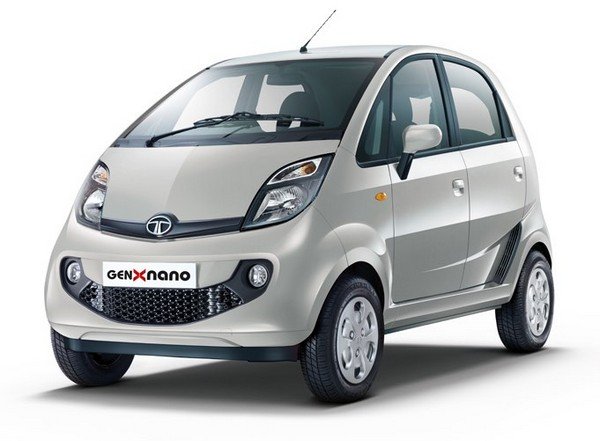 Tata Nano has an unusual exterior, differentiating it from other cars

After some changes, the Nano still manages to keep its signature shape. At the front, the Nano bears a charming design in the bonnet, including the smiling air dams and the swept-back head-lamp. The grille is minimalized into a thin piano black stripe, creating the impression of a simple and clear-cut design.

The side of the Nano remains the familiar look. Tata needs to consider abandoning the tiny and disproportionate alloys and replacing with larger size tyres.

The rear’s design stays in lines with the simplistic and elegant overall look of the Nano. The rear air dam is similar to that from the front. Instead of using control, the boot requires a manual key to gain the access. 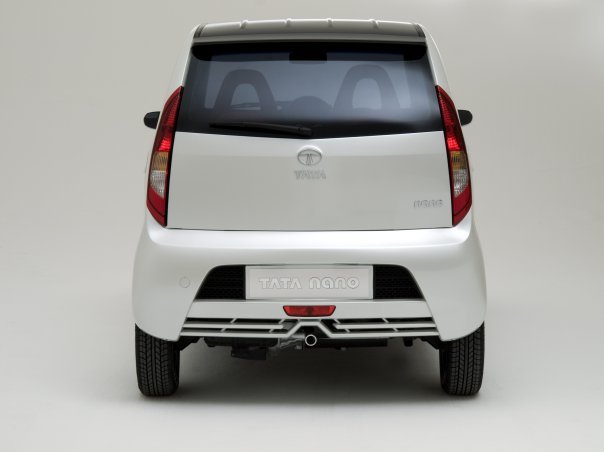 Tata Nano has a smart and simple rear look

The Nano also gains its road presence with the colorful palette, namely, Orange, Sangria Red, the Persian Rose, Pearl White, Dazzle Blue, Damson Purple, Meteor Silver. It would be a favorite choice for people have a taste for cheerful- and impressive-looking car. The smart and clean dashboard of the Tata

Unlike the regular car, the instrument cluster in the Nano is not placed behind the steering wheel. Instead, it is integrated into one unit located on top of the centre console. Under the instrument cluster is the air vents. It is noticeable that the air vents actually receive praises for bringing powerful performance. Unlike the previous design, the new Tata has moved away from the dash of chrome on the centre console.

For a car of the entry-level, the Nano has offered an adequate space. The rear bench does feel more comfortable than other cars of this segment. But for tall people, it might be a little bit cramped at the knee and leg room. With the addition in height, the headroom is increased, making it easier to get into the car.

The interior design has been optimized for the practical purpose. For example, with two glove boxes, the car users get more space for keeping stuff. The boot space could be extended with foldable the rear bench. Even being a super small car, Tata Nano still manages to bring a good space for luggage

About the feature list, at the top-spec variant, the XT, the car gets an entertainment system with USB and AUX input, Bluetooth connectivity as well as CD player and FM. The base variant is not provided with power steering, fog lamps, centre locking along with the automatic gearbox option.

The only engine available is the 624 cc petrol engine with two cylinders. The car could generate the power of 38 PS and the torque of 51 Nm. Unlike the other cars, the Nano has its engine located at the rear. This engine goes with either a four-speed manual transmission or a five-speed automatic gearbox.

The performance figure of the cars is humble, therefore, it is suitable for traveling in the city traffic. But when moving toward the highway, it doesn’t seem to be competent. Thanks to the total weight of only 600 kilograms, Tata Nano could kick off acceleration at ease. Within the city, the car runs smoothly and adequately without requiring constant downshifting. Overall, the car is efficient and well-performing within the city.

Comparing to the manual version, the automatic transmission is not as good. There is room for improvement in terms of the overtaking ability. Tata Nano is a good choice for city traveling

The Nano gets independent suspension set-up, which allows better ride quality and handling. It might be bouncy when driving through bad roads with bumps and potholes. With the lightweight it has, the Nano could be a little nervous when facing the cross-wind or even when there is other giants crossing by. But as it is designed with the city driving in mind, it is still acceptable. Generally,it is controllable and appropriate.

In the combination driving (both city and highway), the mileage stays at 20 kmpl. When coasting along the highway, the mileage could go up to 22 kmpl.

For a car of this price tag, there is much to expect in terms of the safety package. The safety of the Nano has been the target of complaints. The manufacturers have been working on this, and the result is quite positive. New material is used to build the car and to improve the torsional rigidity. The crumple zone is extended. Along with that, other safety features are also added, for example, the side impact door beams, and anti-sway bar. Nevertheless, the Nano lacks airbags and ABS even in the top-spec variants.

The Nano only costs from 2.44 - 3.41 Lakhs. It is available with three variants, which are XE, XM, and the top-of-the-range XT. The main rival of the Tata Nano is Maruti Suzuki Alto 800.

Generally, the new Nano has improved with a more competent and refined engine but still remains the competitive advantage of the affordable price over other rivals. The performance of the Nano is more than what you could expect from such a small engine.

Generally, the new Nano has improved with a more competent and refined engine but still remains the competitive advantage of the affordable price over other rivals. The performance of the Nano is more than what you could expect from such a small engine.

Tata Nano EV has been recently spied while getting tested in India. It is expected to go on sale shortly.

Recently, a team of students have developed a Tata Nano-based EV. Read on to discover.