Function over fashion. This sums up what Suzuki Wagon R was all about. The new Wagon R could be the new success from the Japanese automaker.

The first glance would leave you with the impression of a big boxy vehicle which will definitely promise a lot of space. To put this into perspective, the wagon stands 150mm taller than the Hyundai i10, but at the same time is 100mm narrower. The vehicle gets this specific design mainly out of the sake of yielding more room for passengers, especially headroom. The grille gets embellished with chrome strip with Suzuki badge at the centre
The front end sports a new pair of sizeable headlights which each, in turn, have a distinct short strip of blue at the top corner. The grille doesn’t see much of change, being garnished with chrome and centred with the letter S for Suzuki badge. The three-slat front spoiler for its own part goes with fog lights at both sides. Unlike many other cars, creases are almost dead to the Wagon; the design sure doesn’t favour these vague lines. For some reason, alloy wheels don’t come as standard but instead being purchased at owner’s will. 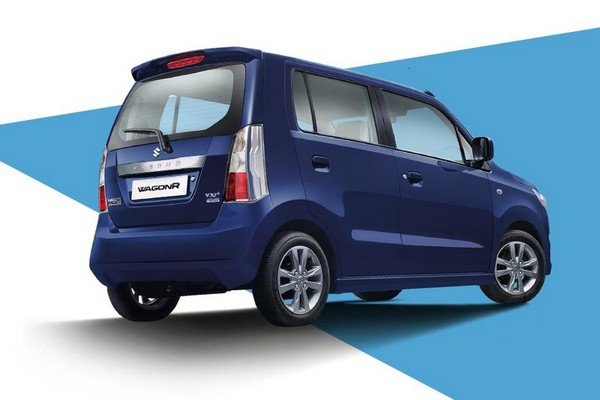 Updated rear part for the WagonR
It is no exaggeration to state that the redesigned rear part is a breakthrough compared to that of the outgoing model of the WagonR, (though the tail-lights remain unchanged) with a new chrome plate which reads “WagonR”. The car also goes with a new pair of high mount stop lamp and low mount brake light. The higher-spec VXi trim itself is exclusively equipped with a wash-wipe for the windscreen. Sad news is in order to give a boost to the cabin space, the manufacturer had to compromise on the luggage space, which as a result has 180 litres of room, competing to Hyundai Eon’s of 215 litres and Hyundai i10’s of 225 litres; quite a bit of disappointment when being put in comparison with the Maruti Suzuki Ritz’s boot space which has 316 litres of room.  Again, the wagon’s design may not keep up with the trend like other cars of the same segment (the Tata Tiago or the Maruti Swift for example); it literally puts practicality as a priority before style and is undoubtedly on par with any car when it comes to function.

This time the interior goes with the black and beige theme, in which the two colours work out so well complementing each other. The luxurious touch is guaranteed by garnishing aluminium inserts, which go all the way from the centre console to door handles and steering wheel. Except for the boosted quality outdoing that of the old version, the dashboard retains the familiar design taken over from the previous model. The dials see an orange change to its original look
Moving to the instrument cluster, the dials will definitely draw attention out of its new look which is mainly due to the orange theme, which applies the dials’ hands and the LCD strip below the speedo, that incorporates a digital fuel gauge and an odometer. The cluster itself is comprised of three units, which includes a revolution counter, a speedometer, and a light indicator. 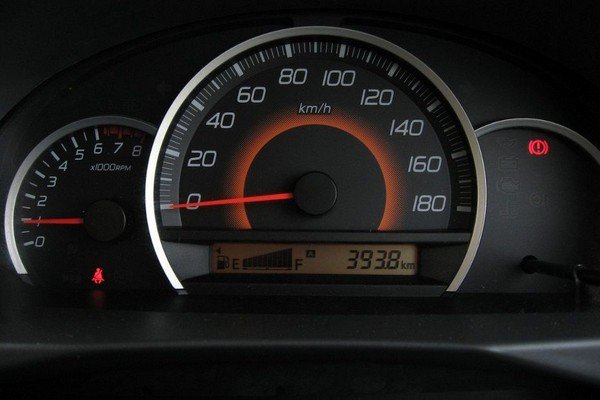 Centre console integrated with music system and A/C manual controls
Next, we have a built-in music system and the A/C manual controls which are housed by the centre console. Accompanied with four speakers, the audio system has USB ports, supports CD, and is Radio connected; and the output will give you no chance to complain about its quality, or let me put it this way, the sound quality is flawless. The nearly-vertical backrest can prove quite to be a nuisance for long journeys
The rear seat row doubtlessly leaves the other cars behind when it comes to comfy; to be more specific, the seat offers sufficient space for both headroom and legroom, though the back support doesn’t yield much comfort due to its steep surface, which might make a few hours of sitting in the car tedious and tiresome. Despite the tall-boy stance, the vehicle itself can only accommodate four people at most (a trade-off for the generous headroom I guess) but mainly results from the narrow width of the car body. And once again, owing to the design, shoulder room at the rear seat row is sacrificed quite a bit and fitting in more than two occupants will cause a lot of disturbance.

The wagon is powered by a 3-cylinder, 1-litre motor which in turn generates 67PS of house strength and 90Nm of torque. And though these figures don’t strike much as a big deal, the engine operates just smoothly and impeccably running in the city at a daily basis (with mileage stands at 20.51kmpl according to ARAI). Increasing rev means more noise coming from the engine and as the result disturbs the occupants in the cabin space. The car doesn’t handle well at high speeds, works best below the speed of 120kmph. 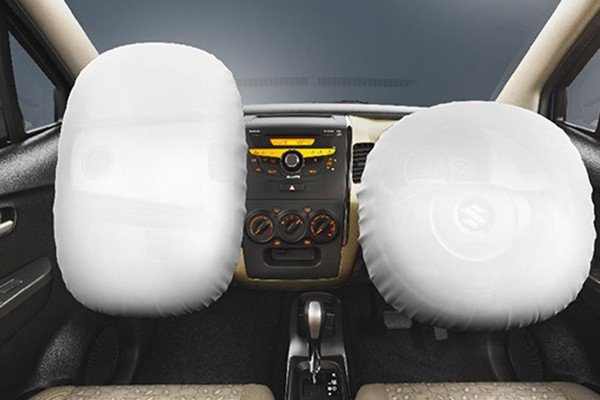 >>> Update the latest news and reviews of new cars with IndianAuto.com
Enter your email to receive updates

This article is going to provide you with a detailed Maruti S-Presso vs Maruti Wagon R comparison as regards their design, specifications and prices.

Upcoming Maruti WagonR EV has been spied again while testing. The new electric hatchback is expected to hit the Indian shores by next year.

Maruti WagonR resumes testing again as it is expected to be nearing its launch. It will come with a high-voltage underfloor-mounted battery pack that will give it a speculated driving range of around 200 km.