2018 new-gen Tata Tigor was launched on October 10, 2018 with new features in terms of both the exterior and the interior, but almost no mechanical specifications’ tweaks.

After the successful Tiago, a new compact sedan named Tigor was launched last year by Tata with a new version this year. The new version of the Tigor has come with new styling features from the inside to the outside with the unchanged engine and powertrain. Being the compact sedan version of the Tiago, the Tigor is a real Tata’s Tiger in terms of performance. In the article below, we are going to review the 2018 Tata Tigor facelift in terms of exterior, interior, specifications, etc.

In general, the updated features on the exterior of the Tata Tigor make it more beautiful than before. To be more specific,

In the front, the updated features include chrome finish on sculpted bumpers, new smoked projector headlamps, and a newly-designed large front grille with diamond chrome decoration. In terms of the side profile, it gets a piano black shark fin antenna, door handles with chrome inserts and 15-icnh alloy wheels. When it comes to the rear, you can realize that the Tata Tigor facelift has continued to overcome the awkwardness of the average compact sedan, thanks to such new features as a bumper with a black insert to make it well contrast with the rest of the rear, a 36-LED stop light above the rear windshield and crystal inspired taillights. The rear, along with the front and the side profile contributes to the attractive appearance of the 2018 Tata Tigor appearance

All of these updated features contribute to the attraction of the vehicle, especially at night.

Overall, the cabin now comes with a grey and black mixture tone. Moreover, the 2018 Tata Tigor facelift’s interior is packed with a wide range of top-notch features and a full kit of safety.

The cabin of the new Tata Tigor is equipped with the unchanged layout and dashboard except for the brand-new Harman-developed 7-inch capacitive touchscreen infotainment system which supports eight speakers, Apple CarPlay and Android Auto, voice recognition, Bluetooth, MirrorLink connectivity.

Other prominent interior features include

The new Tata Tigor has a full kit of safety features including dual airbags, ABS with EBD, etc.

The cabin features leatherette coverings and can accommodate as much as five people with an electrically adjustable driving seat. The Tigor can hold up to 419-litres luggage in the boot.

The 2018 Tata Tigor has a boot with wide storage space

The new Tigor retains the unchanged 1.2-litre Revotron petrol and the 1.05-litre Revotorq diesel. While the former can churn out 84 bhp of max power and 114 Nm of peak torque, the latter can deliver 69 bhp and 140 Nm. The power is sent to the four wheels through a standard five-speed manual gearbox and an AMT unit for only the petrol variants.

The new Tata Tigor comes with a mileage of 23.84 to 27.28 kmpl, which, in reality, can vary, depending on multiple factors such as road conditions, the car’s kerb weight and maintenance, etc.

The 2018 Tata Tigor is powered by the unchanged 1.2-litre Revotron petrol and the 1.05-litre Revotorq diesel

The setup of the McPherson Strut suspension in the front and the Twist Beam in the rear are retuned to become more mature and offer a good balance of handling and ride. 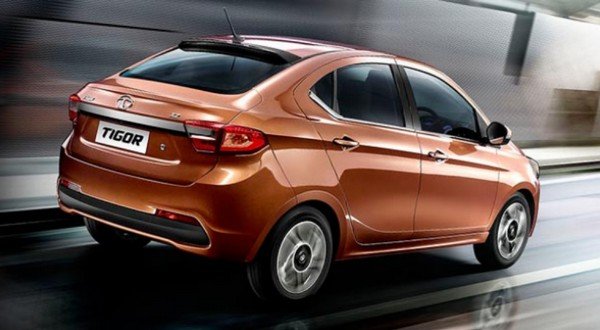 The 2018 Tata Tigor is available in six different colour options

2018 Tata Tigor Facelift Variants Explained: Have You Found The One Which Suits You? 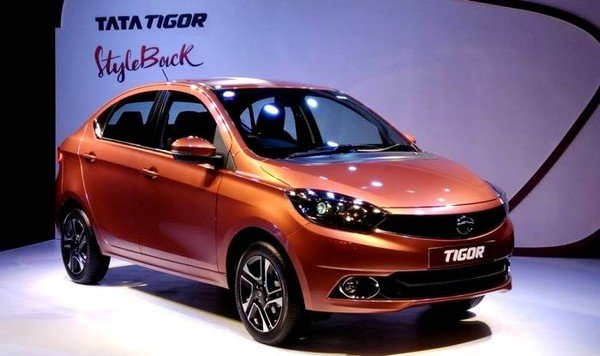 Besides a wide range of pros, the new Tata Tigor does have several cons

The 2018 Tata Tigor facelift is available in four petrol and four diesel variants. The petrol variants have a price range from Rs 5.20 to 6.65 lakh (ex-showroom, New Delhi); the diesel variants are priced from Rs 6.09 to 7.38 lakh (ex-showroom New Delhi). With these competitive prices, attention-catching design, spacious cabin, an efficient engine, and comfortable ride, the Tata Tigor facelift proves to be a good choice for family, especially on weekend trips and can effectively rival against other vehicles in the same segment such as Volkswagen Ameo, Honda Amaze, Maruti Dzire, Hyundai Xcent and the new Ford Aspire.

Hyundai Aura Vs Tata Tigor: Can The Newest Hyundai Get The Better Of Tata?

Tata Tigor Vs Ford Figo Aspire Variants Comparison: Which One Most Suits You?

The facelifted Tata Tigor and Ford Aspire sedans offer a list of different variants, which can make you confused as to which one is the most suitable for you. This article will help you answer this question.

A test mule of Tata Tigor was recently spotted by our reader. Is it the diesel-powered variant? To find it out, read the complete report here.

As a part of its partnership with EESL, Tata Motors recently delivered the first batch of Tigor EVs that are meant to be used by the Ministry of AYUSH

Tata Tigor EV is going to receive a facelift in the near future. Recently, the facelift version was spotted during road test without camouflage.