Gone are the days when small hatchbacks or sedans ruled over the Indian market. In recent years, the leading position now belongs to the compact and mid-size SUVs segment. However, that doesn’t mean the sedans are totally losing out their charm among the Indian buyers and carmakers. As compact sedans have cemented a firm foothold in the Indian market, we still have some brilliant sedan cars selling in decent numbers in India right now, namely the Maruti Dzire or Tata Tigor. When it comes to the segment leader or the go-to compact sedan option, it’s always the Maruti Dzire. In fact, there are many cars coming to dethrone the Dzire but none can reach close to it in the popularity stakes. A few years ago, Tata Motors came up with the Tigor – a unique-looking affordable yet premium sub-four-metre sedan that really turns heads wherever it goes to, even with the Dzire on the same roads.

Now IndianAuto would like to compare the two successful sedans and see how fierce the competition between Dzire vs Tigor can be.

2. Maruti Dzire vs Tata Tigor Dimensions: Which Car is Bigger?

Interestingly, despite having a very short overhang at the rear, the Tata Tigor offers a larger boot space of 419 litres while the Maruti Dzire makes do with a 378-litre boot lid.

3. Maruti Dzire vs Tata Tigor Design: Which is better looking?

If you’re asking which car is better looking, we say it’s the Dzire that’s more interesting to look at. While both the Tata Tigor vs Dzire are based on their respective hatchback siblings, the Maruti Dzire has all its traditional visual appeals of a Maruti Suzuki. It delivers a more refreshed style, especially with the 2020 updates, not to mention that it’s based on the Maruti Swift that is among the best-looking cars of India. Maruti Dzire has shed the image of how a hatchback is stuck with a boot and it looks nice. In its latest avatar, Maruti Dzire looks striking with a reworked front fascia featuring the Audi-like aperture grille, sharp projector headlamps with LEDs and angular chrome accents on the fog lamps.

Tata Tigor, on the other hands, looks more mature with a sharp visor-like front grille with tri-arrow design patterns, striking LED daytime running lamps and more. Both cars come with stylish dual-tone diamond-cut alloy wheels but for different shapes. In simple words, the Maruti Dzire looks bolder while the Tata Tigor looks younger and sportier. Personally speaking, I think the new face of the new Dzire much better than the Tigor facelift.

Both the sedan offers adequate interior space for both front and rear passengers but there’s a lot of differences between the cabins of the two. The Tata Tigor has quite a brilliantly spacious cabin, albeit being a smaller car of the lot. The Tigor makes use of a dark cabin theme that lends its extra premium. However, the dashboard layout of the Tigor is rather simplistic compared to that of the new Dzire.

Tata Tigor follows a conventional design philosophy when it comes to the dashboard. The infotainment screen takes up the central place of the dash with a split AC atop and physical buttons and switches below it. The steering wheel looks cool with flat bottom but apart from that, the Tigor feels a tad lack of premium. Maruti Dzire, in a meantime, elevates the upmarket feel on the inside with more bits like exclusive wooden finish with natural gloss effect, a large floating touchscreen infotainment system with AC vents atop it as well. The wooden trim also makes it the lower section of the flat-bottom steering, thus enhancing the car’s sophistication and modernity. Overall, the touch and feel of the Dzire is better as it makes use of high-quality materials, something that the Tata can’t match.

4. Maruti Dzire vs Tata Tigor Features: Which is safer and more convenient?

When it comes to the comfort quotient, we think the Tata Tigor gets an upper hand now, especially when considering its attractive price tags. Being the king of compact sedan segment, Maruti Dzire offers a wide range of comfort-spec features such as steering-mounted controls, tilt steering, automatic climate control for the higher-spec trims, front accessory socket, central locking, bottle holder on all doors, manual air-con with heater along with the idle start-stop system.

Whereas the Tata Tigor is equipped with a tilt and electric steering, manual AC with heater, 7-speed front wiper, adjustable front headrest, power windows, a front power outlet, table storage in glove box among others.

Safety-wise, Tata Tigor scores a 4-star rating from the Global NCAP crash test while the new Dzire is yet to take the test now. The safety feature package of the Dzire is quite enormous. Apart from its solid Heartect body structure, the Maruti Dzire is also packed with essential safety kits like dual airbags, ABS with EBD, brake assist, reverse parking sensors, ISOFIX child seat anchorages, front seatbelt with pre-tensioner, engine immobilizer, speed alert, driver and co-driver seatbelt reminder as standard across the model range. Besides, the Dzire buyers can also opt for ESP with hill hold assist (for the AMT variants only), reverse parking camera (for the top-spec trim), night and day adjustable IRVM (except for the base trim).

On the other hand, Tata Tigor can be had with standard safety features such as driver and co-driver airbags, ABS with EBD and ESC, reverse parking sensor, seatbelt pretensioner with load limiters, engine immobilizer, driver and co-driver seatbelt reminder. Tata also offers the Tigor with rear parking camera for the two higher-spec trims along with day and night IRVM across the trims excepting the base models.

5. Maruti Dzire vs Tata Tigor Engine Specs: Which is better in terms of performance?

Transmission choices for the two are also the same, with a 5-speed MT and a 5-speed AMT on tap.

When talking about the real driving experience with the Dzire vs Tigor, since the 2020 Maruti Dzire facelift was launched right before the nationwide lockdown, we’re yet to stay behind the new Dzire’s wheel. As for the Tata Tigor, it gets nice ride quality. The steering wheel is light that makes it easier for the manoeuvring in the city traffic.

We know the pre-facelifted Dzire delivers quite a good ride quality as well and we expect just the same for the new model. With the increased power and torque output, we are sure that it feels peppier than the Tigor rival. More importantly, the fuel efficiency of the Dzire facelift is even much higher than that of the Tigor.

6. Maruti Dzire vs Tata Tigor Top Speed: Which is faster?

Currently, there’s no official update on the top speeds of the Dzire vs Tigor. The Dzire can accelerate to 100 kmph from a standstill in around 12 seconds. Further info will be updated soon.

7. Maruti Dzire vs Tata Tigor Mileage: Which is more fuel-efficient?

As stated above, the Maruti Dzire is leading its segment when it comes to the fuel mileage. The ARAI-rated fuel efficiency figures of the Dzire are at 24.12 kmpl (automatic) and 23.26 kmpl (manual). The Tigor makes do with 20.3 kmpl for both configurations.

8. Maruti Dzire vs Tata Tigor Price: Which is cheaper?

Currently, Maruti Dzire is retailed in the price bracket of Rs 5.89 – 8.8 Lakh which makes it slightly pricier than the Tigor compact sedan. Prices for the Tata Tigor are in-between Rs 5.75 – 7.49 Lakh (all prices are ex-showroom in Delhi)

The final trump card for the Tata Tigor should be its pricing. Being one of the most affordable compact sedans in India, the Tata Tigor offers almost all bells and whistle you need for almost sub Rs 8 Lakh budget. That does not mean that the Maruti Dzire is not a good buy. Though Maruti Suzuki has tweaked the price stickers of the Dzire facelift a bit compared to the outgoing car, it is still among the most affordable sedan cars under 10 Lakh in India.

The 2020 Maruti Dzire continues its competition with the likes of Hyundai Aura, Honda City, Honda Amaze among other sedans in the segment.

Apart from the Dzire, Tata Tigor is fiercely rivalling some models like Hyundai Aura, Honda Amaze or Ford Aspire.

11. Verdict: Maruti Dzire vs Tata Tigor: Which model is worth buying?

At the end of the day, the Tata Tigor turns out to be a good value for the money car that packs almost all the essentials you need for a compact sedan in India. But if you have a little more money to spend on, the Maruti Dzire is certain the best go-to option for you. The Dzire gets a fairly nice look, reasonable space and boot capacity and brings in one of the most reliable engines under its body. It is fun to drive and if you consider the aftersale services with the availability of spare parts, the Maruti Suzuki certainly gets an upper hand. 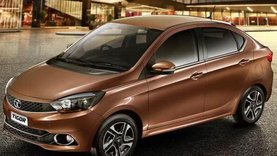 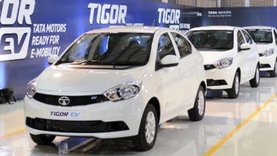