The Hyundai Aura has recently been launched in the Indian auto market as a replacement for the Hyundai Xcent. Will the new sedan fulfil its duties? Read this detailed Hyundai review for the answer.

The Hyundai Aura is available in 12 variants in the Indian auto market.

Launched in 2014, the Hyundai Xcent became one of the most Hyundai's competitive soldiers in the teeming sub-4-meter sedan segment. Like what it has done to the Hyundai Grand i10 and the Grand i10 Nios, the South Korean auto manufacturer has also substituted the outdated Xcent with the new Hyundai Aura. Will the new sedan fulfil its duty as a successful Hyundai Xcent replacement? Read this review to discover more.

Sub-4-metre saloons have never had an attractive appearance; the Hyundai Aura is no exception. The Hyundai Aura does not look so appealing; however, its design will surely make an impression on you.

The Hyundai Aura’s front bears a strong resemblance to that of the Grand i10 Nios; however; there are still some differences which manage to set the two vehicles apart. The former comes with a restyled sportier grille, a bolder bumper and a subtle diffuser. The headlamps have also been redesigned; the honeycomb grille gets boomerang-style DRLs which makes the nose more appealing. Hyundai Aura vs Hyundai Grand i10 Nios Comparison: What Are The Differences?

With just a limited sub-4-meter length, the South Korean auto manufacturer still manges to add some outstanding bits to the Aura’s side profile. These include snazzy diamond-cut alloy rims, a black C-pillar which creates a floating-roof effect. 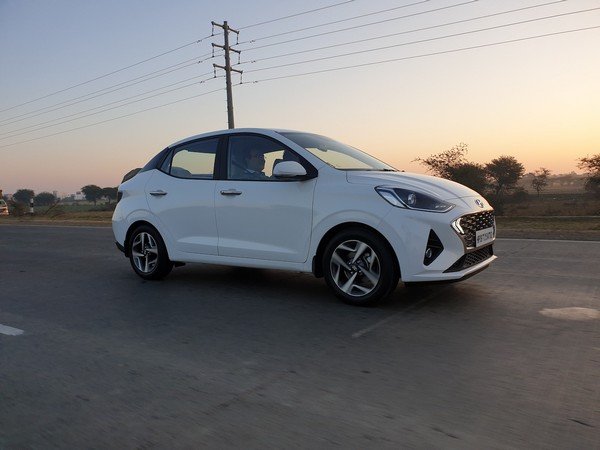 Some of the most outstanding features of the Hyundai Aura’s rear include fashionable clear-lens taillights which are integrated with LED fixtures. Moreover, like the front-end, the posterior comes with a sporty bumper which gets a discreet diffuser. The sedan also gets a well-sculpted boot lid which houses a neatly integrated spoiler. 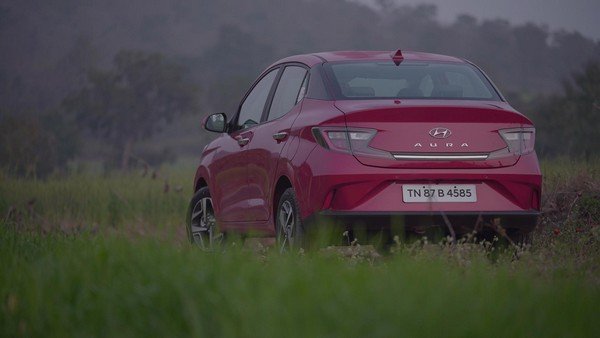 In comparison with its direct competitor, the Maruti Dzire, the Hyundai Aura only marginally exceeds the Dzire in the height and boot space but was dwarfed by the rival in the width. The two sedans have the same length and wheelbase.

The Hyundai Aura’s interior bears a strong resemblance to its donor hatchback, the Grand i10 Nios.

The Aura can accommodate five people. Both the two seat rows have adjustable headrests. With the flat floor and the wide seat, the rear seat row can comfortably accommodate three occupants in short journeys. Moreover, the 402-litre cargo space is large enough to store a small family’s luggage on a weekend trip. The dashboard of the Aura comes with a similar uni-piece design for the touchscreen infotainment system and the semi-digital instrument cluster. Hyundai has also made sure that its new sedan is well-equipped with premium material quality and fit-and-finish. One of the most substantial differences between the Aura and the Nios is the Bronze trim on the dashboard and the gearstick console, which is different from the silver-ish trim on the hatchback. The new Aura also gets a three-spoke driving wheel and a white-grey dual-tone paint scheme which makes the cabin look premium. The seat coverings also come with the same colour, which requires the owner to regularly clean the car cabin to keep it clean. Several cubby holes are available around the cabin which include numerous bottle holders and a tiny recess above the glove box. The feature list of the Aura is also almost similar to that of the Nios with the only difference being the Cruise Control unit on the former which is available on the top-spec variant. Other outstanding features in the Hyundai Aura include wireless smartphone charging pod, an 8-inch infotainment system with Android Auto and Apple CarPlay connectivity and rear air-conditioning vents.

The Hyundai Aura can ensure both the driver and the passengers a safe journey with a wide range of modern safety features. These include driver and passenger airbags which are standard across all the variants which add to the protection for the occupants in case of the frontal impact, ABS with EBD which prevents skidding, maintains the vehicle’s ability on slippery terrains, keeps braking stable and limits the wheel lock-up when panic braking occurs. Moreover, a reverse parking camera helps the driver park the car more easily in tight space. A driver rearview monitor also allows the driver to watch the rearview while driving forward without using the reverse gear. A headlamp Escort function helps lighten the path ahead which is very useful, especially at night. Rear parking sensors are very helpful when the driver parks the car in tight spaces; the sensors are supported by the display on the Audio screen and help avoid collisions. An emergency stop signal helps limit the collision in the rear end if the driver suddenly brakes by frequently emitting flash rear lights. Last but not least, the Hyundai Aura is built with 65% (AHSS & HSS) strong steel with a view to ensuring both the driver and the passengers’ safety in all journeys.

Since the Hyundai Aura receives its power from both petrol and diesel motors, we will present this section in two separate parts according to its powertrains.

The 1.2-litre gasoline burner delivers impressive performance with the well-spread torque, high refinement, good NVH and rev-happy nature. The grunt at the low and medium speed is sufficient and the gear ratios are also well-defined. The car accelerates smoothly, which allows it to overtake fast-moving traffic on the highways without many difficulties.

Even the 1.2-litre oil burner which has been upgraded to comply with the BS-VI emission norms also produce a stunning performance, thanks to the well-controlled turbo lag and the remarkable torque increase from 1,500 rpm. The 5-speed MT unit provides slick shift and if you prefer extra convenience, an AMT option is also available. Nevertheless, the AMT unit appears not to work well with the diesel motor since the slight turbo-lag of the oil burner when combined with the slow shifts from the AMT causes an unsmooth performance.

Our preference is the powerful 1.0-litre turbo gasoline burner which speeds up quickly after you step on the gas pedal. The small-displacement turbo motor borrowed from the Hyundai Venue helps the engine get a remarkable torque increase in the rev-band. With this engine, the Hyundai Aura can accelerate from a standstill to 100 kmph in just 10 seconds.

Fuel economy is one of the top priorities when it comes to choosing a car since a car with a high fuel mileage can help the owner save a great deal of money in the long run. Refer to the table below for detailed fuel mileage figures of the Hyundai Aura. 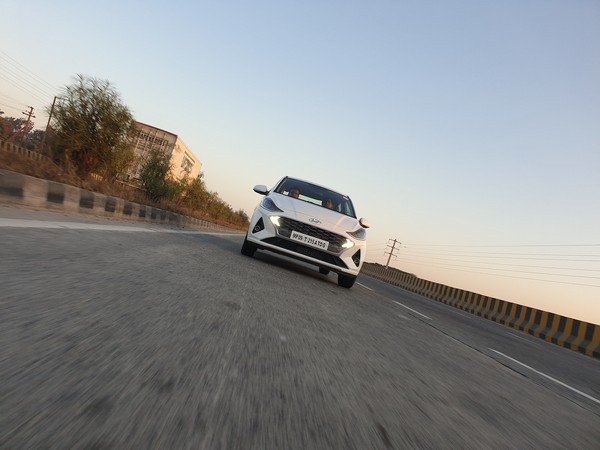 With a wide range of top-notch features along with powertrains and transmission options, this aggressive price range offers the Hyundai Aura a clear advantage over its competitors.

Hyundai Aura Colours: How many options?

Hyundai Aura Verdict: Is it worth buying?

The overall impression that the Hyundai Aura creates can be described in only one word “diversity”: Diversity in variants, features, powertrains and transmission options. With a competitive price, the Hyundai Aura has great potentialities to become a successful substitute for the Hyundai Xcent.

Hyundai Aura Vs Volkswagen Ameo: Which One Fares Better?

Belonging to the sub-4-metre compact sedan, the Hyundai Aura has the potentialities to become a formidable competitor against the Volkswagen Ameo. To find out which one fares better in the IndianAuto market, read this detailed Hyundai Aura vs Volkswagen Ameo comparison.

Hyundai has made a few changes in its Click to Buy platform to make the online car buying produce more simplified.

The Ministry of Road Transport and Highway has extended the validity of all extended motor vehicles till Sept 30.