BMW 3 Series GT can deliver both powerful performance and high practicality in one package. IndianAuto will review all aspect of this premium fastback so you can know if this car is a good choice for you.

BMW 3 Series GT is currently available in three variants including the 320d Sport, 320d Luxury Line and 330i M Sport.

BMW 3 Series GT is the short name for BMW 3-series Gran Turismo. This model has been one of the main staples on BMW’s table for years. Currently, it is reported that BMW is considering crossing this car out of the current range. BMW 3 Series GT made its global debut in 2013. The GT model made its way to our shore after the first appearance at the 2014 Auto Expo. In 2016, the BMW 3 Series GT was updated with a new facelift version in 2016 in both international and Indian market alongside updates on the entire 3 Series sedan.

Being a premium offer of the around-50-lakh price mark, the BMW 3 Series GT looks nothing but classy and elegant. Compared with the 3 Series sedan, the GT variant strikes an impression of a bolder and beefier fastback version.

The car manages to look fresh and stylish regardless of the fact that, after the minor facelift given in 2016, the BMW 3 Series GT never receives any other updates.

BMW 3 Series GT features the signature design of the German carmaker with the kidney grille contouring by chrome application on the fascia. After BMW gave the 3 Series GT a facelift, the car now comes with adaptive full LED headlights and LED DRLs. Apart from the new headlight setting, both the front and rear bumper end were updated with a new design in the facelift version. To the side profile, the BMW 3 Series GT, upon its latest update, was given a set of new multi-spoke alloy wheels which easily grab the attention of other people on road. Apart from this twist, BMW Gran Turismo looks nothing different than its original design which was introduced in 2014. A shiny chrome lining around the glasshouse area cleverly highlights the swooping silhouette of the BMW 3 Series. 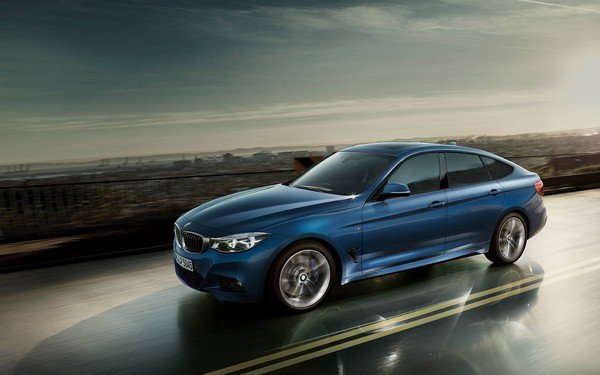 BMW 3 Series GT also looks good from the side

Coming to the rear end, the BMW 3 Series GT gets a revised LED headlight and a larger exhaust system after the facelift. Apart from some slight updates, the facelift version remains to look as sleek and beautiful as the previous model. 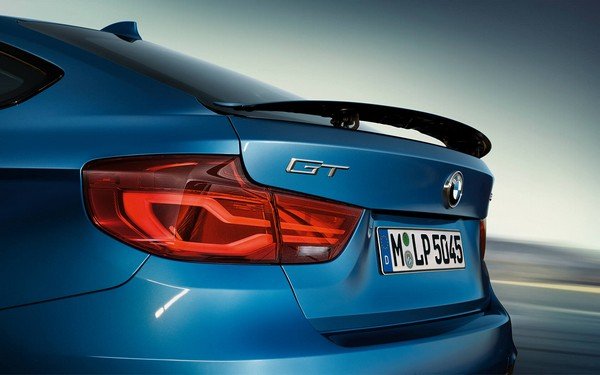 BMW 3 Series GT is 4824 mm long and 1828 mm wide. Even though the length of the GT variant is similar to the 3 Series sedan, its wheelbase is greater by a large margin of 110 mm. Its width measures at 1828 mm. The height of this car stands at 1508 mm which is significantly taller than the 3 Series sedan by 79 mm. Notably, BMW 3 Series’ ground clearance is rated at 165mm. BMW Gran Turismo also scores a bonus point with a spacious boot space of 520 litres compared to 3 Series sedan’s 480-litres cargo space.

On the inside, the BMW 3 Series GT holds up with the standard of the luxury car market. The interior design is pumped with premiumness and luxury. Everything of the interior is arranged neatly and optimized for the best ergonomics. From the first glance, we can point out that the GT looks almost similar to the sedan version.

BMW always carries out a great job in arranging ample space for the cabin. The BMW 3 Series GT is no exception. To some extent, the interior space of the 3 Series Gran Turismo even excels in comparison to its sedan counterpart thanks to the longer wheelbase. Not only the front seat passengers but also the rear seat occupants can get a fair share of the roomy and ambient space. You will be impressed by the generous legroom and headroom of the rear row, not to mention the large boot space at the back. The seating support is also exceptional from the front to the rear row. 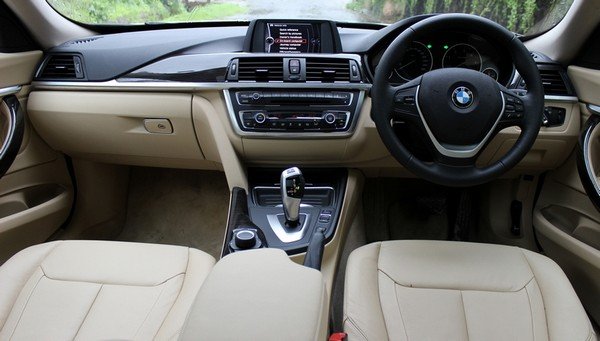 BMW 3 Series Gran Turismo is well-equipped from the inside. It comes with dual-zone climate control with rear vents, power seat adjustment, front and rear seat headrest, memory function for the driver and passenger seat. To extend the comfort for the car occupants, BMW 3 Series is furnished with Sports leather steering wheel along with a 10.5-inch instrument display.

BMW 3 Series GT is on offer with both diesel and petrol engine. On the petrol range, the BMW 3 Series fastback is powered by a 2.0-litre 4-cylinder petrol engine which can put out 252 Bhp of peak power and 350 Nm of peak torque. Only the 330i M Sport will get this engine option. The rest will be available with diesel engine only. This petrol engine offers an impressive level of refinement with minimal noise. In different drive modes, the nature of the ride will change. For example, in the Eco mode, you cannot expect for the same excitement offered on Sport drive mode however it comes with great mileage. The Comfort mode offers a nice balance of fuel economy and performance. Switching to Sport mode, you will see a surge of power when flooring the throttle. The Sport+ mode will add extra excitement to the mix so that the driver can rev toward the highest RPM band at ease. The shifting feels nice when you go from fast driving to normal driving.

The diesel variants are receiving power from a 2.0-litre four-cylinder motor that churns out a maximum power of 190 Bhp and a peak torque of 400 Nm. This engine is available on the 320d Sport and the Luxury Line. This engine is quiet and refined, as we can expect from a top brand like BMW. When the car passes the mid-range, this diesel engine will become vocal but in a pleasing way that will make you grin. The 320d Sport picks up the speed quickly and revs all the way to mid-range. But the 320d Sport comes to its best self at the highway where it feels nice and always in control even in Comfort mode. The Sport drive mode in the 320d is a cherry on the cake. Beyond 140 kmpl, the 320d Sport shows instant response and a strong pull ahead.

In terms of gearbox option, each and every engine across 3 Series GT’s range is mated to an 8-speed automatic gearbox with paddle shifters.

The fuel economy of the diesel engine on the 330i M Sport variant is rated at 21.76kmpl, which is higher than the petrol variant. The fuel mileage of the 2.0-litre petrol engine stays humbly at 15.34 kmpl. To look on the bright side, BMW 3 Series GT 330i M Sport with its petrol can speed up from idle to 100 kmph in only 6.1 seconds while it takes the car 7.7 seconds for the diesel variants to reach the 100 kmph mark. The top speed of the BMW Gran Turismo 320d Luxury Line and 320d Sport hits 230 kmph, which is higher than the 330i M Sport. In real-life driving scenarios, the mileage can drop to 10-11 kmpl for the petrol engine and 15 kmpl for the diesel engine.

The price of the 3 Series Gran Turismo ranges from Rs 41.4 lakh to 47.9 lakh. The 320d Sport is the base model with the lowest price of Rs 41.4 lakh. The on-road price of this variant in New Delhi is Rs 47.70 lakh. The top-spec 320d Luxury Line and 330i M Sport are both priced at Rs 46.9 lakh which can go up to Rs 50.70 lakh (on-road price, New Delhi). To see more afforable options, come and visit IndianAuto's used car portal to find a reasonably-priced used BMW 3 Series GT.

BMW 3 Series GT is available in 7 colours including Alpine White, Black Sapphire, Glacier Silver, Imperial Blue Brilliant Effect and Melbourne Red and Jatoba, Arctic Grey Brilliant Effect. The last two colours were not available from the beginning but added after the facelift updates.

BMW 3 Series GT is offered as a practical alternative to the 3 Series sedan. The high practicality will come at the expense of the dynamics and fun of the drive. The 320d Sport is a good choice that comes with a great fuel economy and practicality. However, the 330i GT still offers a nice balance between the comfort and peppy drive.

IndianAuto will provide you with well-researched reviews of cars on offer in the Indian automobile market, visit our car review pages for more information.