What's new in the latest Honda City package for the Indian market?

Honda is one of the most successful models from the Japanese brand. Being around for about two decades and showing no sign of going down, all have shown how the name Honda City is still going strong. The recent generation – the fourth generation – offers a well-rounded package that you could hardly find in any other cars in the same segment. Let's dive into the details of the latest Honda City 2018 Review with IndianAuto.com team.

Debuted in 1998, Honda City is one of the most successful sedans in India for almost two decades. Continuing the enormous popularity of the City in India, Honda City has released its sixth generation, which is also a huge success in the Indian market. In 2017, the City has become the top hot-selling car in the segment of mid-size sedans.

Honda City has received a facelift in 2017. From the front, in top-spec VX and ZX variants, the old halogen headlamps are replaced with new LED ones – which marks Honda City as the first car in the segment to boast a LED headlight. Besides, daytime running lights across the variants also apply LED technology. With the adding of a more pronounced headlight unit, Honda shows the effort in changing the elegant style of the old model and filling with a new sporty vibe. 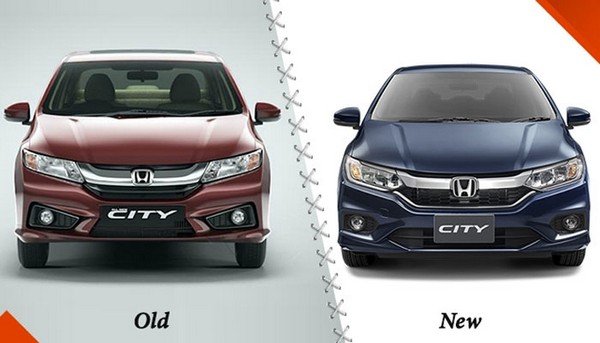 The new facelift also includes the reconstruction of the front with a new honeycomb chrome grille and bumper. The fog lights also receive a retouch, evolving into a smaller, more blend-in, and most importantly, a LED unit.

2018 model also entails new alloys with a different design and, for the top-spec variants, an increased volume. The five-stroke alloys are reshaped into aesthetic diamond cut alloys. 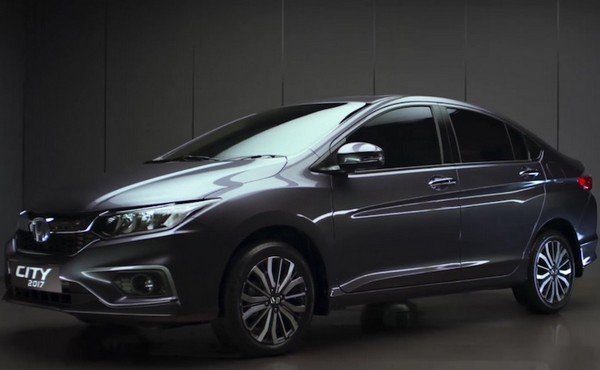 The side of the new Honda City

Whereas the front has undergone significant changes, the rear doesn’t show much difference. LED light technology also contributes to the changes in the taillights and license plate lamp in ZX variant. The lower variant continues to present halogen lights.

The boot space of 510 litres could be considered spacious for a sedan.

The cabin’s theme colours are black and beige. Added with some silver touches, the design promotes a premium look for the interior space. Inside the new Honda City 2018

The space of the cabin is roomy enough for five people. Unlike the generous shoulder room which is contributed by the extended width, the occupants might feel a little cramped with the headroom. Both rear and front rows feature adjustable armrests, allowing the occupants to feel more comfortable during the drive.  The rear row experience is enjoyable with the assistance of rear AC vent, rear speakers, and a power charge for smartphones and laptops. In the new cabin of the VX and ZX variants, car users could easily open the one-touch electric sunroof. The dashboard of the new Honda City

The new steering wheel is adjustable, which could enhance the level of comfort for drivers. Paddle shifter is available in the CVT version. The day & night IRVM (Integrated Roadside Vegetation Management) appears in all variants; however, the auto-dimming IRVM with frameless design is exclusively available in the range-topping VX and ZX variant.

The new facelift doesn’t include updating new engine options. The same engines from the old models, which are 1.5-litre petrol and diesel engine, remain. The petrol engine, which is paired with a five-speed transmission or CVT with paddle shifters, could engage the power of 119 PS and the torque of 145 Nm. On the other hand, the diesel engine with a six-speed manual gearbox could produce 100 PS of power and 200 Nm of torque.

Despite the claim from Honda, the diesel engine hasn’t shown an obvious upgrade of the engine refinement. The level of noise, vibration, and harshness is relatively high. Apart from this, it still displays a decent level of driveability. 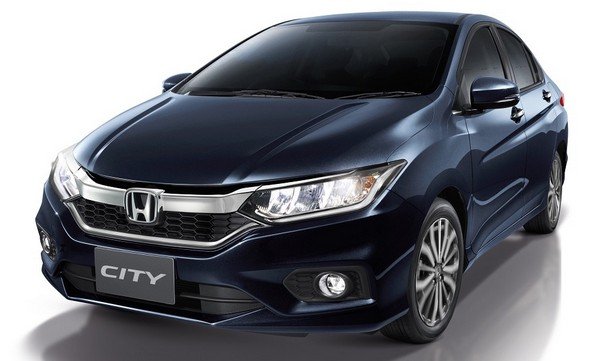 Compared to the diesel motor, petrol unit seems to outperform with a higher level of refinement and better fuel economy. Thanks to these favourable traits, it has been rated among the best engines within the segment.

Overall, the suspension manages a qualified drive with enough grips and handling. It enables an appropriate manner on the normal road condition.

The car shows its best in city driving. The light and responsive steering gain an advantage when driving inside the city area. However, for highway driving, it is less than suitable.

The petrol version of Honda City has relatively high mileage (17.4 kmpl) when compared to other rivals in the same segment. Petrol cars with CVT also give a good mileage of 18 kmpl. Diesel Honda City is claimed to have the mileage of 25.6 kmpl.

The full six-airbag is available for ZX variant, which is quite rare for a car of this segment. All the variants get dual front airbags, ABS with EBD, and ISOFIX child seat anchors as standard safety features.

There are five variants of Honda City, which are S, SV, V, VX, and ZX. The diesel engine only comes in four variants, from SV to ZX. The price of the petrol version ranges from Rs 8.71 lakhs to Rs 13.70 lakh. And diesel-powered cars are available at the price starting from Rs 10.99 lakhs to Rs 13.77 lakhs.

Maruti Dzire Vs Honda City - What To Buy?

Here is a comparison of Maruti Dzire and Honda City, two extremely popular sedans in the Indian market. We compare the two on the basis of design, dimensions, interior, features, engine, and much more.

In this post, we Compare 2020 Hyundai Verna vs 2020 Honda City on the basis of dimensions, interior, safety, specifications, price and rivals

The fifth-generation Honda City gets an unique petrol-hybrid powertrain which hasn't been launched in India. Due to delays, it is finally available for purchase in Malaysia after being showcased in October 2020.

Honda City regained the number 1 position in the C-segment sedan space last month with a YoY growth of 112 per cent for the month of January.