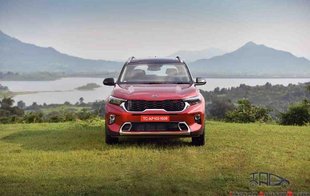 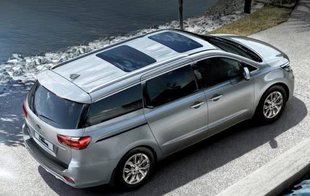 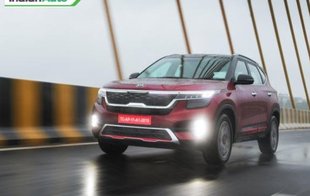 Kia Motors is a famous car brand from South Korea. Headquartered in Seoul, Kia Motors is the second-largest car manufacturer in South Korea. In 2015, Hyundai Motor has acquired a minority stake of the car brand. Currently, Kia Motor is operating 14 manufacturing facilities across five countries with the total yearly production capacity of 3 million vehicles. At the moment, Kia has been presented in over 180 countries across the global.

Last year, in August, Kia has made its entrance to the India market with the launch of the Kia Seltos. The compact SUV has constantly become a hit in the market and emerged as one of the best-selling vehicles in the space. After the success of the Kia Seltos, the South Korean car manufacturer has expanded the India-spec line-up by adding other new models. One year after entering the market, Kia Motors has launched two models, including Kia Seltos and Kia Carnival. It will not be long until the South Korean carmaker pulls out the new sub-four-meter SUV Kia Sonet which will also be the third product from Kia in India.

Kia has also established a manufacturing plant in Anantapur, Andhra Pradesh. The India-based manufacturing facility has the annual production capability of 3 lakh units. Besides, the South Korean car brand also operates a network of 260 touch-points across the country.

At the moment, Kia has penetrated in the SUV and MPV segment in India with the Seltos and Carnival and the upcoming Sonet. Kia Motors also plans to launch other new vehicles in the Indian market. Kia’s India-spec line-up is priced from Rs 11.30 lakh to Rs 29.95 lakh. Check out the detailed price of Kia models in India below:

Kia Motor is currently offering a limited number of options in the Indian market. However, the car brand has successfully captured a massive following thanks to its fully-equipped feature list and attractive pricing. Kia Seltos is currently the more popular model between two available models.

The best-selling SUV is now rivalling against the likes of Hyundai Creta, Nissan Kicks, Renault Captur, Maruti S-Cross, as well as the MG Hector, Tata Harrier.

Kia Carnival is locking horns against the best-selling MPV Toyota Innova Crysta. The South Korean carmaker is currently offering this MPV in three variants, Premium, Prestige and Limousine. The premium MPV is available at the price range starting from Rs 24.95 lakh to Rs 33.95 lakh.

Kia’s MPV is powered by a 2.2-litre diesel engine which generates a top power of 200 PS and 440 Nm. It is mated to an 8-speed automatic gearbox.