2020 Kia Carnival Review: Will It Outdo The Toyota Innova Crysta?

The Kia Carnival will be launched on February 5. It is expected to have numerous clear benefits over its rivals.

The Kia Carnival is expected to be available in five variants.

For more than a decade, the MPV segment has been dominated by Maruti Ertiga and Toyota Innova which has been substituted by the Innova Crysta, a more premium offer over the older Innova. Recently, with the launch of the Mahindra Marazzo and Maruti XL6, MPV buyers have more options to choose from. After the success of the Kia Seltos in the SUV segment, the South Korean has decided to put the first step in the MPV one with the Kia Carnival which is slated for launch in the next few days. Will the Kia Carnival effectively compete against the Toyota Innova Crysta? This Kia Carnival review will help you discover this question.

The Kia Carnival will be a good-looking MPV with an attractive appearance. Overall, the Kia Carnival design will be unmistakably MPVish. All of the components are expected appear to work in harmony with each other, which makes the MPV look quite elegant.

In the front, the Kia Carnival will sport skillfully crafted headlamps with projector headlights and DRLs, a typical Tiger nose grille with chrome inserts, ice cube fog lamps with surrounding chrome garnish. All of these will make the front of the Carnival look premium. 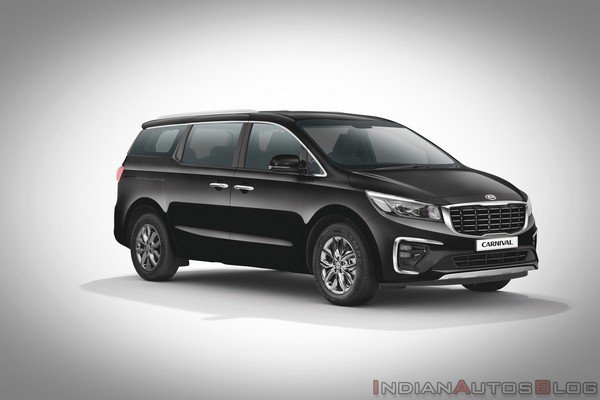 If we look at the side profile of the Carnival, we can realize the real size of the MPV. The chrome strip and the large glass area over the window with large opening doors will be present on both the front and rear. The most unique selling point of the Kia Carnival will be its sliding rear door which can be electrically opened and closed. The South Korean automaker calls this ‘Smart Power Sliding Rear Doors”. The MPV also comes with 18-inch alloy wheels across all variants. In the top variants, sputtering alloy wheels which contribute to the bling factors will be equipped. The rear will have simple styling with a chrome strip between spilt LED taillights and skid plate on the bumper. 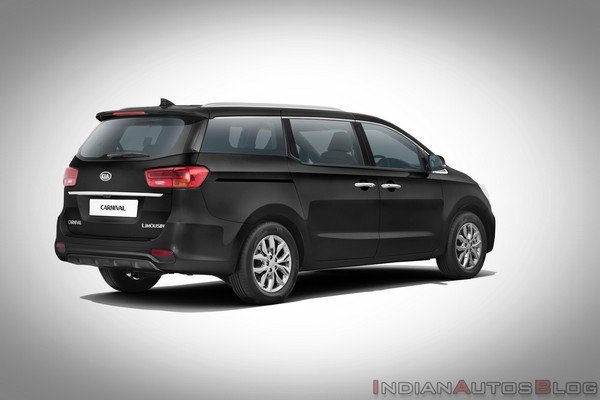 The first impression that you will have when looking at the Kia Carnival is that it is majestic with large dimensions.

In comparison with the closest rival, the Toyota Innova Crysta, the Kia Carnival will overdo in all dimensions. This will offer the Kia MPV a clear benefit over its competitor.

A teaser of the Kia Carnival has been released prior to its official launch.

The Kia Carnival will offer comfortable seats with sufficient thigh support for up to seven people. However, this feature will only be offered on the top-spec Limousine variant. The rear sliding door can be controlled using the switches on the B-pillar or by the driver using the buttons at the front. Kia has also surpassed most other auto manufacturers by offering a dual sunroof, which can be controlled by both the driver and the rear passengers. The MPV will also be equipped with manual blindfolds for both the second and the third seat rows, which help the passengers escape direct sun lights.

The rear seats, which will be the place where the Carnival passengers would spend most of their time are two luxurious captain seats which are called “VIP seats” by Kia. The leg support will also contribute to the rear passengers’ comfort. These seats can also be controlled to help the passengers who sit there comfortably watch movies on the 10.1-inch entertainment system. Entering and exiting the rear seat row will be quite simple, compared to other MPVS, thanks to the amber space inside the cabin and the flexible second row, which can be slid forward or adjusted both left and right. The rear seat row will also be reclinable and foldable. With all the three rows up, the Carnival will offer a 540-litre boot space, which can be expanded to 1500+ litres when the rear seat row is completely folded. Generally, the Kia Carnival cabin is sure to offer both the driver and the occupants a pleasant journey.

At the centre of the dashboard will be an 8-inch touchscreen infotainment system which supports Apple CarPlay and Android Auto connectivity across all variants along with inbuilt navigation on the top-spec variant. An 8-speaker sound system sourced from Harmon/Kardon will also be equipped on the top variant for impressive sound quality. The top-spec variant will also get Kia’s UVO connected car feature and Nappa leather upholsteries. The dual-zone and tri-zone air-conditioning will be standard across all variants. 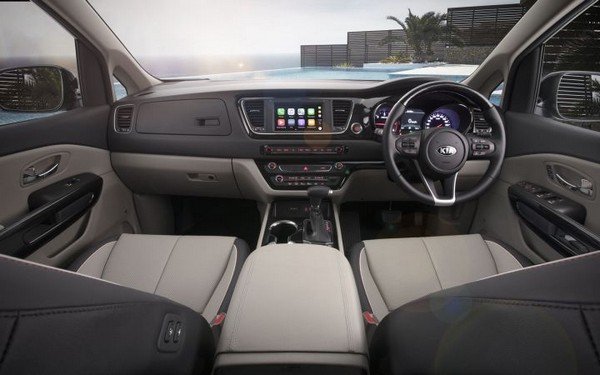 The Kia Carnival will be a highly practical MPV with a 220V laptop charging socket for the passengers who sit in the second seat row. A large storage compartment which is positioned under the handrest, two glove boxes, numerous USB points, cup holders, etc. will also contribute to the great practicality of the vehicle.

The Kia Carnival will be equipped with a wide range of safety and security features which include dual airbags, ABS with EBD, rear disc brakes, rear parking sensors and ISO-FIX as standard across all the variants. All of which are expected to offer both the driver and the passengers a safe journey. The Kia Carnival has been on sale in the international market and is powered by a 3.3-litre V6 gasoline burner and a 2.2-litre oil unit. However, the India-spec model will receive its power from only one BSVI-compliant turbo diesel motor which can deliver 200 PS against 440 Nm and is mated to an 8-speed AT unit.

The engine will emit certain sounds and a considerable amount of turbo lag can be felt at lower RPMs. When the motor reaches the sweet spot, it will just fly. The massive weight of the Carnival can be felt when it is being driven. NVH levels are expected to be satisfactory, given the large diesel motor of the MPV. The suspension will be soft when travelling on roads. The hydraulic power steering will be quite heavy, which inspires great confidence for the driver when driving at triple digits on highways with the support of the 8-speed AT unit but causes troubles when driving through heavy traffic in cities. Since the Carnival is a big luxurious MPV, a significant amount of body roll will be present when cornering and you should not corner in this MPV at a high speed.

The Kia Carnival is expected to have an ARAI-certified fuel mileage of 13.9 kmpl. This figure can be explained by presence of the 2.2-litre turbo oil burner and the MPV’s massive weight.

Kia Carnival Price: Is it Affordable?

The Kia Carnival is anticipated to be priced in the range from INR 28.18 lakh to INR 34.2 lakh (ex-showroom).

This more affordable price range, in comparison with that of the Toyota Fortuner (INR 28.18 lakh - 34.2 lakh) will offer this new Kia MPV a clear advantage over its direct rival.

Kia Carnival Colours: How Many Options?

Verdict: Is Kia Carnival worth buying?

Now, it is the time for the question at the beginning: "Will the Kia Carnival effectively compete against the Toyota Innova Crysta?" to be answered. The answer is definitely yes. The Kia Carnival has a wide range of benefits over its direct rival: the advanced features, the roomy cabin, the amber boot space, the comfort and the price. A customer who has any intention of buying an Innova Crysta should definitely have a look at the Carnival and give the purchase decision a second thought.

After the success of the Kia Seltos, will the Kia Carnival bring the South Korean auto manufacturer a decent sales number? Let's see the result after its launch in India.