Confirmed - Tata Motors In No Mood To Launch Indigo Marina-successor

In reply to a fan's tweet, Pratap Bose confirms that Tata Motors has no plans to launch an estate car in the Indian car market.

Tata Motors became the very first Indian manufacturer to develop a car from ground zero in the year 1998. The car was named as ‘Indica’ and was sold for almost 2 decades from 1998 to 2018. Indica was sold in 3 body styles. It was originally designed as a hatchback and then carmaker launched a sedan version of the car under ‘Indigo’ moniker. However, the most interesting but least sold was the Indigo Marina, which was the estate version of Indica. It was launched back in 2004 and was discontinued in 2010. Since then, Tata has not launched an estate in the Indian market. Recently, a Tata Motors' fan posted a picture of Indigo Marina on Twitter saying that the carmaker should fill the void left by the Marina. Mr. Pratap Bose, VP, Global Design at Tata Motors, replied, “Zero Market Globally (Even less in India).” Tata Motors has confirmed via a Tweet that the carmaker has no plans to launch an estate car in India.

Mr. Bose’s reply on the tweet confirms that Tata Motors is not considering launching any estate model in the Indian market, or even elsewhere, anytime soon. The sole reason for pulling plugs on the Marina was its poor performance on the sales chart. However, Marina is not the only estate car that failed to enthrall the Indian buyers. Other manufacturers also tried their hands with products like the Maruti Suzuki Baleno Altura, Fiat Sienna Weekend, Opel Corsa Swing and Skoda Octavia Combi, but the performance of all the products was similarly underwhelming. Since Sienna Weekend-based Adventure model was designed with SUV-inspired elements to make the car look a little butch, it performed a little better than the other products. Although, in 2020, these cars are a tough sight and thus it is evident of car manufacturers refraining themselves from launching an estate car in the Indian market. 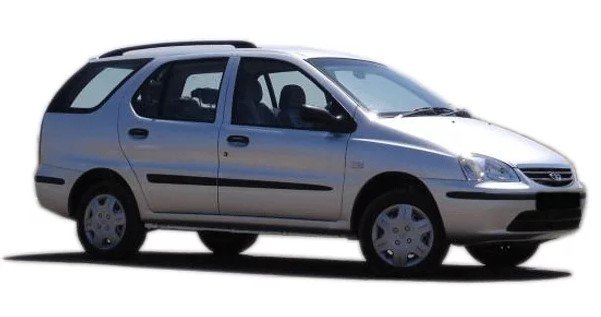 Due to poor sales, Indigo Marina was discontinued in the year 2010.

Talking of the Tata Indigo Marina, it was offered with two engine options – a 1.4L naturally-aspirated petrol motor that belted out a peak power output of 85 HP, and 1.4L turbocharged diesel which produced a higher peak power output of 70 HP. The max. torque output for these engines were measured at 117 NM and 132 NM, respectively. With a high demand for SUVs in India, Tata Motors has launched the Nexon facelift and the updated Harrier. The manufacturer would soon be launching the HBX and Gravitas to grab a bigger share of the Indian automotive market, thus any estate car from Tata Motors is not expected as of now and for next 2-3 year at least.