Upcoming Audi A6 2019 Review - What to Expect On The New Generation A6?

Audi has taken the wraps off the new 2019 A6 at Geneva Motor Show. This model will be introduced in India next year. Let’s have a look at the offer of this new car.

The new generation of the A6 will be included in Audi’s plan for the India market in 2019. And this new-gen A6 is likely to the last models on its line-up to feature the MLB Evo platform. New looks and style, the upcoming A6 totally worth our waiting.

On the eight generation updates, Audi has given the A6 growth in dimension. Specifically, it is 7mm longer, the width grows by 12mm and the height is slightly extended by 2mm. At 2924mm, the wheelbase is longer by 12mm. These are not a significant extension, however, it is still given the new A6 a small improvement over the previous version. Audi claimed that their new Audi A6 provides better head, leg and shoulder room. At the rear end of the car, the boot remains the same size on the ongoing version. Audi still hosts a 530-litre cargo room. 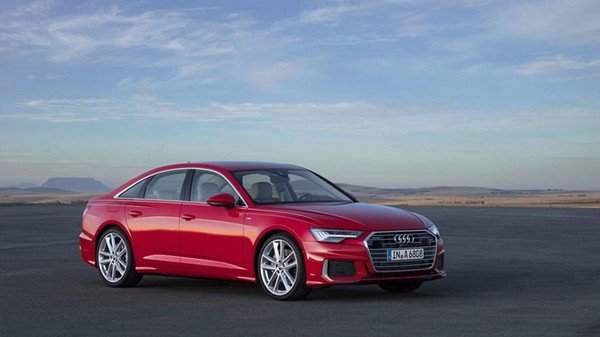 The A6 will follow the new design language that Audi has used on the A7 and A8. They all feature a huge low-lung hexagonal grille on the front face. The headlight unit is sharply cut and equipped with LED element. The Audi looks aggressive on the front. 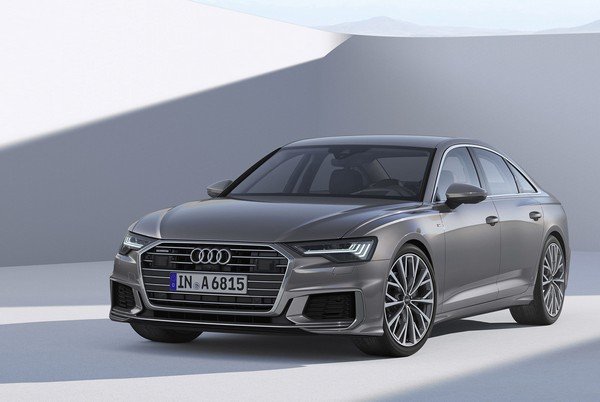 On the side of this car, the clean and curving shoulder will smoothly make their ways from the fascia to the bonnet and rear the side of the car. The roofline is slightly sloping toward the rear, reminding us of a fastback car. The wheel size goes up to 21-inches on the new generation. 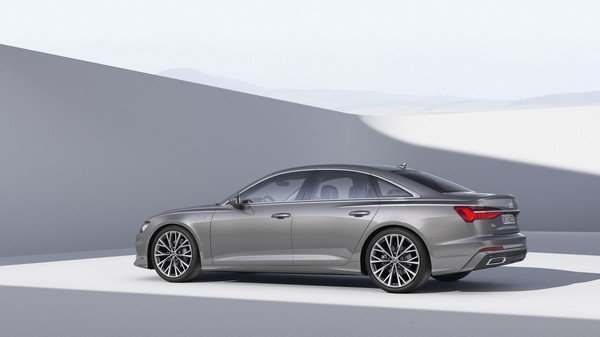 The side of the A6 is clean and elegant

The rear, just like the front, takes some cues from the new A8’s design. Rear exhaust pipes are added to give a bit of sportiness rather than actually functions as ones. The rear unit indeed is hidden underneath. Even the general impression reminds us of the exterior, if looking closely, you can find some small twists, for example, instead of the LED trim, the rear of A6 will get a chrome treatment running across the boot lid. 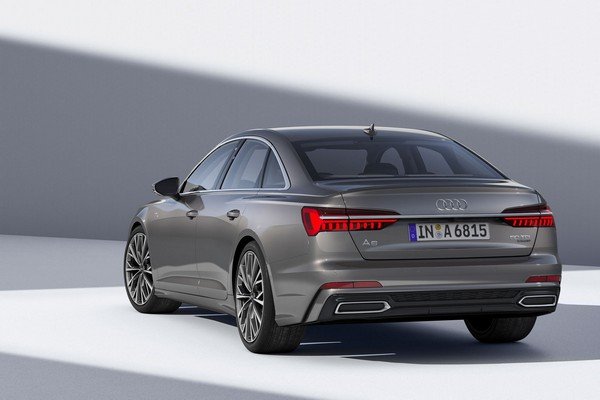 At the rear end, A6 looks sporty and smart with thin chrome trim and faux exhaust pipes

In line with other car’s design, Audi A6’s interior gets the same modernistic and minimalistic vibes, but still very premium and up-market with a full load of features.

At the centre of the dashboard is the signature dual touchscreen set up that appears on a wide range of Audis. The upper board host a larger touchscreen unit of 10.1-inch while the lower part is equipped with a sloping 8.6-inch screen. The later replaces the old climate control with buttons and help the driver to have a better experience with the controlling tasks.

The highlight of the interior must be the 12.3-inch virtual cockpit that replacing the old-school MID instrument cluster. It will provide all the needed information clearly, smartly and stylishly. The latest and most looked-forward changes on the Audi A6 is the addition of new advanced technologies. On the new generation, A6 will be packed with not one but three different assistance package. With the latest technologies from Audi, the A6 will offer a super comfortable driving experience

While most of its rivals are long wheelbase car, the A6 doesn’t belong to this category. However, A6 doesn’t fall behind in terms of interior space. Indeed, it offers plenty of space that four both front and rear to even stretch their leg comfortably. Speaking of the seats, there isn’t much that we can complain about the quality that Audi offers us.

The A6 gets 3.0-litre TDI diesel engine along with 3.0-litre TFSI petrol engine. These units could deliver 286PS/620Nm and 340PS/500Nm, respectively. The transmission options include an 8-speed Tiptronic unit for the diesel version and a 7-speed S Tronic gearbox for petrol version. And the four-wheel drive system on the Quattro will be brought toward the next generation.

Audi’s latest mild-hybrid technology also makes its way to the next generation of the Audi A6. This technology will help the fuel consumption to become more effective. This system will allow the A6 to run on the lithium-ion battery when coasting around 55 and 160kmph without the intervention of internal combustion engine. The power generated by the electric motor will be delivered to the crankshaft throughout a belt alternator starter (BAS). The mild hybrid system is able to return the mileage of 6.9 litres and 5.65 litres per 100km for petrol and diesel respectively, which are lower than its predecessors.

While the diesel feels a bit off-breath and lacks spirit especially when moving toward the higher speed, the petrol engine, on the other hand, comes with more refined performance.

The suspension system of the petrol trims uses air springs while the diesel has a steel spring. Whatever it is, the A6 still finds a good balance between ride quality and handling.

Audi will introduce the A8 L first in India and the A6 will follow. At its launch, the A6 will compete with the Mercedes-Benz E-Class, BMW 5-Series and Jaguar XF.

Check out our new Audi A6 Vs BMW 5-Series comparison on paper to see which of the two can defeat the other in the competition.

All Audi Cars, Including Newly Launched Q2, to Get Costlier

Audi India is planning to increase the prices of all six models in its line-up. The price hike will be even applicable on the recently launched Q2