145 0
Skoda Rapid and Volkswagen Vento share a lot in common. Both vehicles are even positioned in the same segment. Let's see how these two sedans compete with each other.

The sedan segment is one of the biggest sectors in the Indian automotive market, ranking behind only the hatchback and SUV space. With its considerable popularity, there are plenty of options from this space. The biggest sedan manufacturers in the market are Maruti Suzuki, Honda, and Hyundai. Along with these major car brands, we also have some decent contenders from less popular car brands like Skoda Rapid and Volkswagen Vento.

Both the Skoda Rapid and Volkswagen Vento are all positioned in the premium sedan segment. It should be noted that Skoda and Volkswagen are all under the ownership of Volkswagen Group, suggesting that the two sedans of these two brands will be identical in some ways. The similarities between the Skoda Rapid and Volkswagen Vento are giving car buyers a hard time deciding which one to put their hard-earned money on. IndianAuto will explain the similarities and differences between the two sedans so you would know which car is your best match.

Skoda Rapid and Volkswagen Vento are closely similar in terms of dimensions. The two sedans have the same width and comparable height. While the Rapid is 23 mm longer than the Vento, the wheelbase of the Vento is longer by a small margin of 1 mm. The nearly matching dimensions also suggest that the interior space available on both vehicles are more or less equal.

The Skoda Rapid and Volkswagen Vento also come with similar styling. From the first look, it can be noted that the two cars have identical body silhouettes, which is a direct result from the comparable size. Looking from the rear end or the side profile of the Vento and Rapid, you can hardly spot any any major differences. The fascia is where you can find the distinctive styling elements of the two vehicles. Each car comes with its own signature grille that represents the car brand’s design language. Apart from the grille, the Vento and Rapid’s headlights, foglight housing, bumpers share nothing in common with each other. If we compare every design element separately, the differences are clear. However, the way these elements are arranged still strongly reflect the traditional sedan design, indicating the same elegant and classy styling. As for the interior, both of the sedans sport the same design language. The cabins of the Vento and the Rapid are both highly practical and well-arranged. Notably, the centre console settings of the Rapid and Vento are mostly identical with the boxy air vents located above and a climate control panel underneath. The instrument clusters of the Vento and Rapid look similar to each other. The chrome highlight and glossy black piano plastic are used on both cars. Both the cars have top-notch interior quality. However, the Skoda Rapid’s interior looks a tad sportier and sleeker with a darker interior colour scheme and more extensive use of black piano accent. In terms of safety package, the two sedans come with various similar standard features including ABS with EBD, dual front airbags, day-night rear view mirror, seat belt warning, and rear parking sensor. On the higher variants, the automatic versions of the Vento and Rapid are offered with additional features like Hill-hold control, electronic stability control. Only the Skoda Rapid will offer four airbags as standard. Both the Skoda Rapid and the Volkswagen Vento are offered with an 8.0-inch touchscreen infotainment system with Apple Carplay, Android Auto support and automatic climate control with rear AC vent along with power steering with controls, power window, adjustable rear headrest and rear armrest, front and rear cupholders, and a chilled glovebox.

Skoda Rapid was updated to meet the new BSVI emission norms recently. Accordingly, the sedan is now available with one single-engine option which is a 1.0-litre turbocharged petrol engine which is mated to a 6-speed manual gearbox. However, the automatic version for this engine option is yet to be launched.

Similarly, the Volkswagen Vento also comes with the same 1-litre turbocharged TSI petrol engine only. However, the 1.0-litre turbocharged petrol engine is available with two choices of transmission, a 6-speed manual or a 6-speed automatic gearbox. The old 7-speed Dual-clutch transmission option is no longer on offer. On the TSI variant, only the petrol-manual option is available.

As the two sedans come with a similar powertrain, the power outputs of the Rapid and Vento are also the same. The 1.0-litre petrol engine can generate a top power of 110 PS and a maximum torque of 103 PS in the Rapid as well as in the Vento. Apparently, the most significant difference between the Rapid and the Vento is the offering of an automatic gearbox. If you want automatic gearbox, only the Vento can fulfil your need.

The top speeds of the Skoda Rapid and Volkswagen Vento stand at the same level of 185 kmph due to the shared powertrain. It takes the Vento and Rapid to run from standstill to 100 kmph in 12.3 seconds.

Skoda Rapid and Volkswagen Vento have various similar specifications regarding the performance since the two sedans are making use of the same powertrain. However, the fuel mileage of each model is slightly different. In this aspect, the Skoda Rapid gains an advantage over its peer. The Skoda Rapid is claimed to return the mileage of 18.97kpl, which is slightly higher than Vento’s 17.69kpl.

The pricing is always one of the most important factors to be taken into consideration for Indian car buyers. With regards to the pricing, the Skoda Rapid has an upper hand against the Volkswagen Vento since the Rapid’s starting price of Rs 7.49 lakh undercuts the Vento’s Rs 8.86 lakh. The difference of Rs 1.37 lakh is a bonus point for the base Skoda Rapid. That being said, on the top-spec variants, there is not a huge difference between the top-spec Rapid and Vento, even when the Vento is available with an automatic gearbox option.

Skoda Rapid and Volkswagen Vento are identical in numerous ways. However, there are some certain distinctive points that set the two vehicles apart like prices and gearbox options.

If you prioritize the affordability, the base Skoda Rapid is the right choice for you. However, if you can afford higher variants, the Vento would be a more sensible option. In case you want automatic gearbox, it is the Vento that will make the right fit. 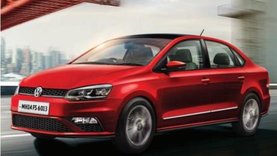 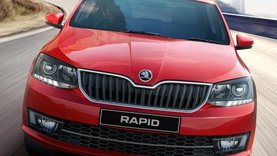