With regard to the exterior, the Celerio shares the common design features with other Suzuki’s hatchback and doesn’t look much different from the previous model.

The front keeps the same proportion, which makes it easy to tell that it is a member of the Celerio. However, there are some small twists on the grille that create the difference. Replacing the horizontal-barred grille, the new grille has the honey bomb details and one single curving stripe of chrome running on the top border. The air dam also gets a new hexagon shape. It transfers the old sleekness into a bolder and sportier look. Apart from these changes, the imposing headlight, the fog lamp housing and the rest stay the same. 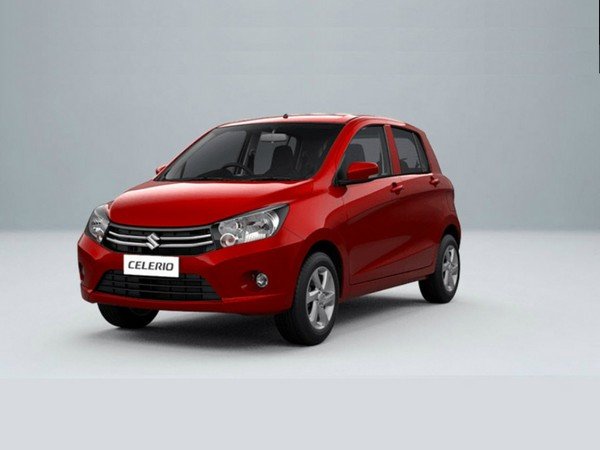 The front side of Maruti Suzuki Celerio gives the strong impression

The side profile of the previous version doesn’t receive any considerable change apart from the new alloys. These new six-stroke alloys are redesigned to create an impression of a strong and sporty car. The character line is kept in this updated version. The rear doesn’t receive significant modifications, except for the small tweak on the bumper. Therefore, it remains the elegant and proportionate design from the old model. 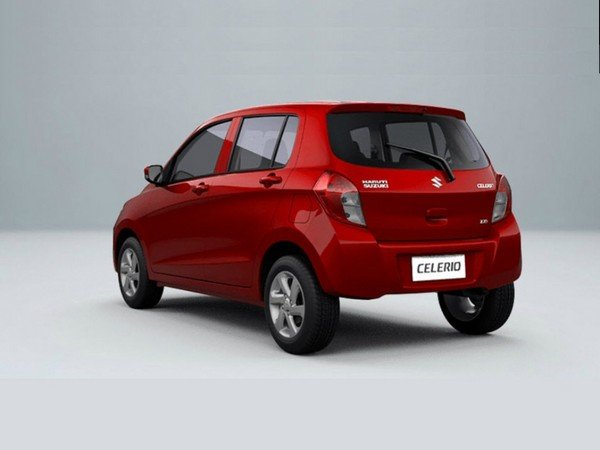 And the rear side of the Celerio looks smart

It is hard to point out the differences between the new and the old version if you look only at the exterior. However, when you get into the car, you can spot the real transformation of the Celerio.

The most distinguishing feature that could tell the new Celerio from the former model is the new dual-tone theme. Maruti Suzuki Celerio 2018’s interior theme is the mix of black and beige. The seat cover also features a mixed pattern. This color and pattern combination makes the interior look more interesting and avoid the dullness. The Celerio’s new dashboard is given some little twist to have a modern look, for example, changes in the head unit of the centre console. Firstly, the old simple square head unit is replaced with a new one with more function buttons. Besides, the infotainment of the Celerio is now able to support the Bluetooth connectivity.

Another plus point for the new interior design is that the instrument cluster presents the information in a clear and readable setting. Car drivers would be super satisfying now as they could conveniently adjust the audio system conveniently by using the steering mounted controls. The new steering in the Celerio is tuned for tilt as well as rake adjustment - it will allow people of different size and hight to find their ideal seating posture. The dashboard is modified for better practicality

In terms of space, the Celerio houses a spacious leg and knee room even for the rear bench. However, it doesn’t go well with the width, which means that the third passenger of the rear row would not feel comfortable during a long ride. Car users can get 5 cup-holders throughout the car. The cargo capacity is 235 litres, which is larger than some other hatchbacks like the Swift. The boot space is extendable as the rear seats are foldable. Regarding the boot space, there is nothing to complain about.

The air conditioner system is operated manually and doesn’t get the automatic climate control.

The manufacturers have decided to discontinue the diesel engine and move on exclusively with the 3-cylinder 1.0-litre K10B engine. The 998 cc petrol motor is able to produce the power of 67 PS and 90 Nm. As for the transmission, it is paired with a five-speed manual gearbox or an auto gear shift (AGS), which is also named as automated manual transmission (AMT).

Due to small changes to the same petrol engine, the Celerio provides better performance with higher power figure and the more favourable NVH level. The engine doesn’t emit noise at the lower rev range. However, when reaching higher rev, it is excessively loud. 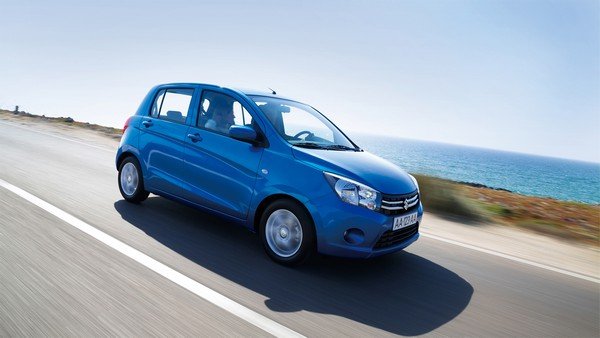 With a humble power output and an effortless gear shifting, the Celerio is made for coasting around the city. However, it still uses an electronic hydraulic actuator to control the clutch.

The suspension of the Celerio is soft. It could easily handle the average city road. But with the terrible road condition, the thumps are still there. The light steering wheel feels adequate toward the higher speed. When tackling cornering, there are still body rolls that could be felt inside the cabin, however, it is still acceptable.

Maruti Suzuki Celerio 2018 gives the impressive fuel efficiency figure of 23.1kmpl. The CGV variant could even reach the mileage of 31.79kmpl. In terms of the fuel efficiency, the Celerio would give such an extraordinary performance. All the colors of Maruti Suzuki Celerio 2018

It is available in three variants, namely LXI, VXI, ZXI. Respectively, there are three other additional variants, which are LXI (O), VXI (O) and ZXI (O).

The price of the Celerio ranges from 4.65 Lakh to 5.5 Lakh. Within the hatchback segment, the Celerio competes with Honda Brio, Ford Figo, and Hyundai i10.

Despite the limited feature list, the Celerio has made up with a decent safety package. It has the driver airbags, driver’s seat belt reminder, rear door locks and immobilizer as standard across the range. The ABS and dual front airbags are available as optional features.

Maruti Suzuki’s upcoming entry-level hatchback, the S-Presso is already around the corner. While details of the new S-Presso are still scarce, it is suggested that the S-Presso will be slotted between the Alto K10 and the Maruti Celerio in the product lineup. Here's our detailed Maruti S-Presso vs Celerio comparison.

Maruti Celerio is one of the most popular AMT-gearbox cars in India due to its attractive prices. The current one has been around for 7 years now, and is due for a replacement

The new-gen Maruti Celerio is in its final stage of testing. The prototype was recently spotted on test and could shed a lot of details of the exterior. Read here for all details.

The first spy shots of the new-gen Celerio interior have surfaced the Internet, showing us the resemblance of the WagonR.