Maruti Futuro-E (Wagon R Electric) is the mass-market EV that the manufacturer is testing with botox, which essentially is a WagonR underneath. However, here's more about the car that you should know.

Transitions are not always easy. The one that involves shifting from petrol to electricity as the primary fuel is going to be even tougher for some. At least, for enthusiasts likes me. However, the transition has its own pros and cons. The pros of using electricity as fuel are that it will bring resilience over the wastage of fuel, alongside making the commutes cheaper and also less polluting. That said, the cons of this transition aren’t as evident as one might think, apart from the sparse availability of charging station and affordable yet reliable EVs. However, the things might turn upside down for the ignored EV market now, as Maruti Suzuki is all set to launch its production-spec Maruti Futuro-E (Wagon R Electric) after its unveiling at the coming 2020 Auto Expo in February. This is in line with Maruti recently registering a trademark for “Futuro-E”, which will be the name for its upcoming EV. Futuro-E is also going to be the first mass-market EV for the Indian automotive market. But, what is that we all should be excited for? Give our efforts a read, and you’ll know all. Mass-market EVs have been trying really hard to woo the buyers with all the neon, green, and blue accents they could, but they all failed at impressing the customers. Not just that, Mahindra E2O even wore a bright green shade, however, things didn’t work well for the car. That said, Maruti is coming up with a design that will grow over everyone with time. As Maruti Suzuki is will working out the WagonR to look a tad bit better, since it will be wearing the skin that was used to test the XL5. With rugged black cladding all around the car, and the premium Nexa-blue paint job, and the split-headlamps setup, the Futuro-E will be a design of the future from the Maruti Suzuki.

Based on the regular tallboy, Maruti Futuro-E (Wagon R Electric) will be seen borrowing the clothes from the XL5. The front will have a futuristic approach with slim-flanked-sharp DRLs that will also house the turn indicators on the flat front face. Lower down the face will be the projector assemblies for headlamps functions and beneath them are the front fog lamps. The front profile, however, would be largely be inspired from SUVs with a high-set bonnet. The grille will be the biggest, ever seen on a Maruti Suzuki car with a chrome-ribbon that can also be seen on the XL6. On the sides, the car will have a similar profile as the WagonR, but the design elements like the body cladding, roof rails, and alloys wheels borrowed from the Ignis will set it apart from the elderly WagonR. These changes can be spotted easily in the spy pictures with ease. From the rear though, the WagonR is expected to be left untouched. As the spy pictures hardly show any sign of change on the rear. The X-mas taillamps will be seen doing duties; however, any painted or chrome-plated plastic is expected to be done black to give the car a little distinctiveness from the WagonR.

The Futuro-E will be based on the WagonR itself, which we have told a lot of time, also dictates a lot about the car’s interiors. First and foremost is space, which will be there on offer. However, with the Nexa treatment, the car will go on to gain some comfort and convenience features to lure the buyers inside the cabin. The car that has been spied as of now was the top-spec trim and it had a lot of extras in comparison to the top-spec WagonR. It had an automatic gearbox, a 7-inch Smartplay touchscreen unit for the in-car-entertainment unit, and automatic climate controls, however, the interior design is identical to the donor car as the seats still retain the fixed headrest design on both the rows. The dashboard also appears to be the same as the WagonR, but we expect the upholstery and plastics to wear a darker shade on the inside as that is the case with every Nexa car. Maruti Futuro-E (Wagon R Electric) being the electric car, we can expect the instrument console to be an all-digital unit. It is also expected to come with a rear-parking camera, which we missed to a fair extent in the WagonR.

Overall looks of the interior are expected to exactly how the WagonR looks like, but with a sense of premiumness to the ambience.

Maruti Suzuki Futuro-E’s drivetrain is not going to be the same as the WagonR. A lot of differentiation here! As the car will have an all-electric powertrain backed up by an electric motor and high-voltage batteries. However, this powertrain is from the WagonR EV that almost every Indian has seen on the roads performing test runs. That very same boxy EV has handed over its powertrain to the Futuro-E.

Maruti Futuro-E (Wagon R Electric) is expected to come with a range of 180 kms on one full charge, which will take almost 5 hours if the vehicle is charged using a wall charger. Maruti Suzuki will offer the option to purchase a fast charger or get the job done from a Maruti Suzuki workshop with the pre-installed fast-charging grid in just an hour. 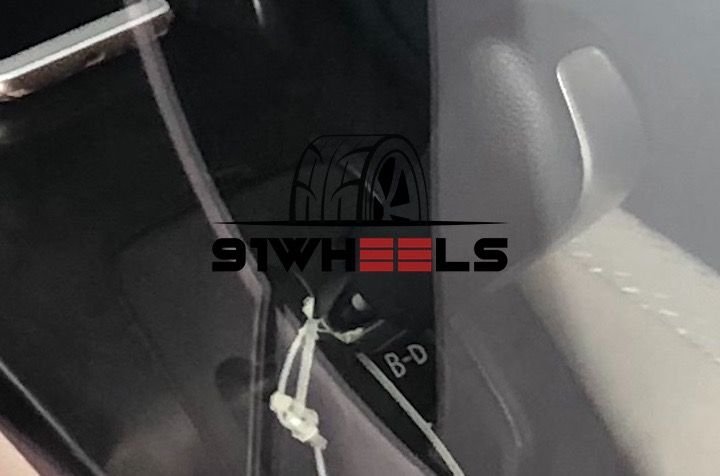 With BEVs, the instant torque output deserves exemplary appreciation, and we the case to be same with the Futuro-E EV. Going by the standards this EV is expected to boast of some class-leading torque figures of around 140Nm on the tap. However, what’s interesting here is the marking for the gear selector. There are two modes to drive this EV, one is D, which is like any other regular automatic gearbox, but there’s also a B-mode, which is for regenerative braking. Maruti has performed a make-shift magic trick to manually activate the KERS (Kinetic Energy Recovery System) keep the costs in check.

While other expensive EVs like MG ZS EV and the Hyundai Kona automatically engages their KERS mode, the Futuro-E will need a manual input via the gear lever to activate the KERS mode. To activate it the lever needs to be shifted to B when going down a flyover/bridge or approaching a red light. With a lot of technical stability and reliability on offer from Maruti’s electric powertrain that has been a part of the super-long R&D process, the Futuro-E is expected to come with a decently powerful motor to lug 5 passengers around the city with minimal effort.

The Futuro-E is going to be cheaper derivative to the cars like Tata Tigor EV, Tata Nexon EV, or the MG ZS EV, thus it is expected to carry a price of tag of less than 10 lakh Rupees for the range-topping variant. However, we expect the car to be launched with just 2 variants. As for now, nothing much can be said about this potent EV, but things would be in clear concoctions after it’s unveiling at the coming 2020 Auto Expo.

This article is going to provide you with a detailed Maruti S-Presso vs Maruti Wagon R comparison as regards their design, specifications and prices.

Maruti WagonR BS6 Review: What Is New In This Big New WagonR?

The BS6 Maruti Suzuki WagonR has been launched in India with a more attractive appearance, more top-notch features and a more powerful engine. Here’s a close look at the big new WagonR in India.

Function over fashion. This sums up what Suzuki Wagon R was all about. The new Wagon R could be the new success from the Japanese automaker.