2017 Tata Tigor compact sedan was launched in India in March 2017 at a starting price of Rs 4.70 lakh (ex-showroom, Delhi). The vehicle is available in four variants: XE, XT, XZ and XZ(O).

The petrol variants are powered by a 1.2-litre engine, which can produce 84 hp of max power and 114 Nm of max torque. On the other hand, the diesel variants receive power from a 1.05-litre motor, which can churn out 70 hp of max power and 140 Nm of peak torque. The power generated by both motors is sent to the four wheels of the vehicle through a 5-speed manual transmission. Although an automatic gearbox is absent on the car, “Eco” and “City” driving modes are offered on all variants. Thanks to these modes, the engine organization can be adjusted and the response can be throttled, depending on the driving conditions.

That’s enough for the general and common features of the four Tata Tigor variants. Now, let’s have a look at what does each of the variants offers to find out which one is ideal for yourself.

This base variant of Tata Tigor line-up is equipped with a wide range of features which is not on offer in a normal compact sedan with this price. The features consist of 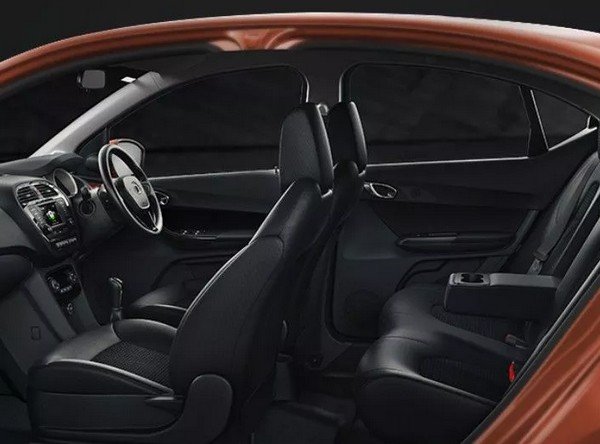 The only safety features offered with this variant is the Engine Immobiliser, with the absence of airbags or ABS, which can be considered one of its minus points.

If you are on a tight budget but want to drive a Tigor with a spacious boot, this variant is the one to go for.

The mid-spec Tata Tigor variant, the XT, is where Tata Tigor line-up experiences a breakthrough with a wide range of features on offer including

B-pillar which has been blackened out 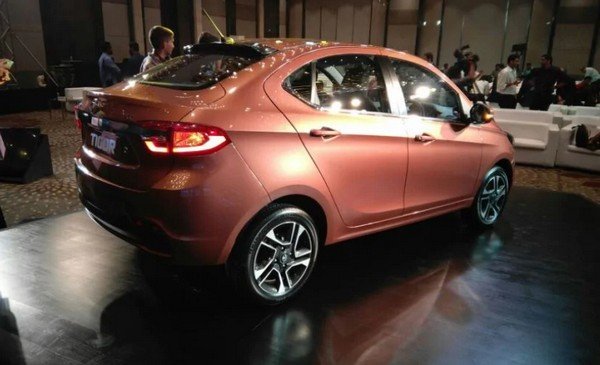 The Tata Tigor XT variant is packed with a wide range of features over the base variant, marking the breakthrough of the Tata Tigor line-up

This variant is expected to be one of the best-selling vehicles in the Tata Tigor’s line up since it is equipped with multiple features in terms of exterior, interior, safety and comfort, which helps ensure a comfortable driving experience for the passengers. Moreover, this variant is quite reasonably-priced, only Rs 70,000 more expensive than the base XE variant. 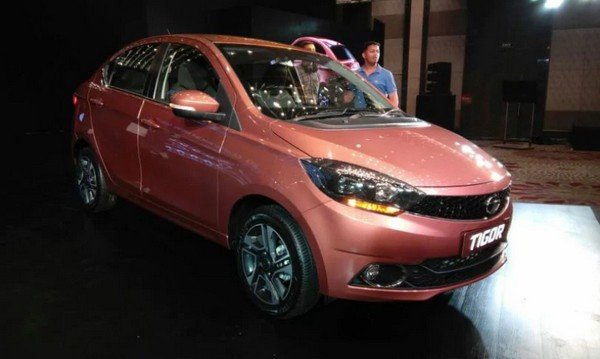 The Tata Tigor XZ variant exterior is equipped with bigger alloy wheels and projector headlamps, among other features over the previous models

Electrical button for boot opening on the central control

With these price tags, it is an ideal option for people who are searching for a car with a quite adequate kit of comfort and safety features, but still reasonably-priced.

As the name indicates, this top-spec variant bears much resemblance to the Tata Tigor XZ, especially in terms of the exterior. There are some more premium features inside the cabin over the previous variants consisting of digital automatic climate controls and Harman infotainment system with a touchscreen which measures five inches with voice recognition, SD card reader, four tweeters and four speakers, navigation system (only available on Android phones). With a reverse camera display, the screen is also enlarged by twice.

And some other features uniquely developed by Tata: Being the top-of-the-line variant, Tata XZ (O) is priced Rs 29,000 more expensive than the XZ variant but deserves the prize with all the useful features equipped on it. It is a great car for anyone who is on a generous budget and desires for a practical and attractive car with a Tigor brand.