Next-gen Hyundai i20 has been spotted on its test mule, revealing its new digital instrument cluster.

Months after the Frankfurt debut of the third-gen Hyundai i10 (known as Hyundai Grand i10 Nios in India), fresh set of spy shots of the new Hyundai i20 has cropped up on the web space. Though the test mule of the third-gen i20 is still under heavy camouflage, spy photographers have captured some pics of its interior. The next-generation Hyundai i20 has been spied with a host of changes both inside-out.

Among various updates on the 2020 Hyundai i20, the major highlight is that it features a new digital instrument cluster. It still remains to know if the new digital console will be standard across the variants. Nonetheless, spy shots have also revealed that the tachometer of the new-gen model will have new counter-clockwise spin, one that we can see on some Aston Martin models.

Also, it has come to the light that the 2020 Hyundai i20 would be had with lane departure warning system. Certainly, it is unlikely that this feature will make its way to the India-spec model due to the competitive pricing that Hyundai is employing in most of its vehicles. However, it is still heartening to see such a premium safety feature making it to a budget-end model. 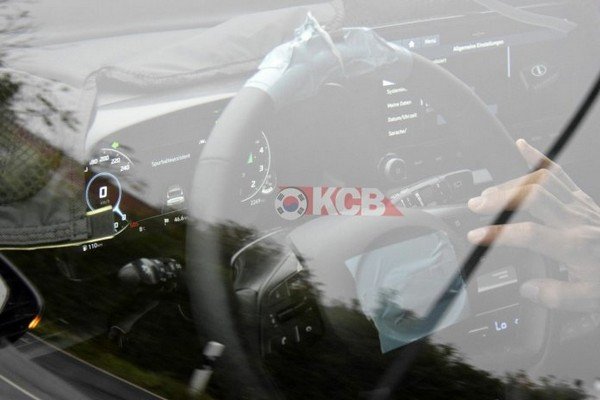 Apart from these, an updated tablet-like infotainment system was spotted close to the digital console too. The large touchscreen might feature a host of controls, all the ways to eliminate the physical units. Still, there are a handful of conventional buttons mounted near the display alongside a dial which even features the engine start/stop. Other changes revealed from the concealed test mule of the i20 include redesigned sleek headlamps, tweaked front bumper and triangular fog lamps housing.

Hyundai has recently revealed that they would continue to offer diesel engines in the Indian auto market, even after the BSVI norms kick in. While details are still scarce at this point, we expect that the 2020 Hyundai i20 will use the same 1.0-litre 3-cylinder turbocharged motor that also powers the Hyundai Venue. Also, a BSVI-compliant 1.4-litre diesel engine option is in the process. Hyundai will offer a 7-speed dual-clutch automatic gearbox in the all-new i20 in India as well.