2020 Renault Kwid facelift is currently undergoing road tests and is getting ready for its launch next year. A camouflaged test unit of the new model was recently captured on camera, showing some exterior updates.

Renault Kwid is a popular choice for the customers of the entry-level hatchback segment. The Kwid virtually initiated the approach of making an SUV-inspired small hatchback and this idea is largely welcomed by Indian car buyers. The rugged SUV-like design along with an attractive price tag has contributed to the success of this model in India. However, the market shift from the entry-level models to higher-priced cars has dwindled the influence of the Kwid as well as its sales volume. It is hoped that the upcoming mid-life updates can revive its popularity in its heyday.

The latest spy video has revealed some major exterior updates of the new Renault Kwid. At the front, the Kwid gets a new grille and headlight setting. Bumper and the lower grille are restyled as well. The side profile sees some minor updates like new wheel caps while the rear end features revised taillights. The styling revision on the Renault Kwid can be projected from the Renault City K-ZE launched in China.

Apart from the exterior updates, the interior will keep the recent arrangement. At a closer look, we might notice subtle changes such as the updated MediaNav infotainment system, revised instrument cluster and new upholstery. Renault Kwid will be available with the same engine options which are the 0.8-litre petrol and a 1.0-litre petrol engine. However, these engines will undergo rework to meet the upcoming BSVI norms. The existing engines deliver the power output of 54 PS/72 Nm and 68 PS/91 Nm, respectively. At the moment, Renault Kwid is available with both manual and automatic transmission. 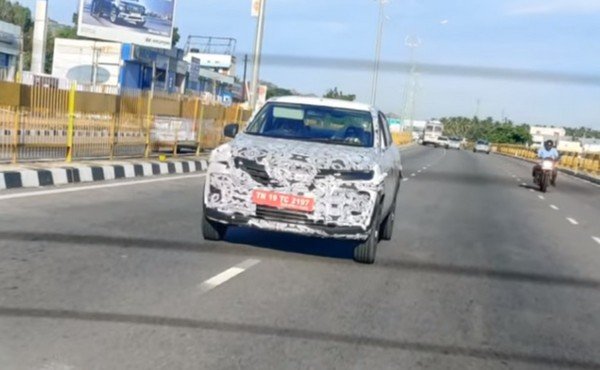 The mid-life facelift can bring about a slight price hike. Currently, Renault Kwid is available at the price from Rs 2.76 lakh to Rs 4.75 lakh. Renault Kwid is rivalling against the likes of Maruti Suzuki Wagon R, Hyundai Santro and Tata Tiago. Within a month, Renault will introduce the Triber that shares the same reworked platform of the Renault Kwid and is powered by the same 1.0-litre petrol engine.