6 Electric Supercars To Rival Tesla In The Future

With their unstoppable power and highly advanced technology, these six supercars are all ready to pick up the fight with Tesla. Find out what is offered on the six most promising electric car to rival Tesla.

Electric cars are on the rise. Tesla is the game-changer: They have changed completely the common perspective of people about the electric vehicles. EVs are no longer the slow, dull and less exciting car of yesterday. The effort from Tesla has resulted in the new generation of electric cars with incredible power and aerodynamics that could even surpass most of the fuel-run peers. Tesla’s electric models also become the new benchmark for the market. After the success of Tesla, many other manufacturers also attempt to create their own EVs and ventures into this segment, leading to a busy market attracting both prominent automakers and newcomers. Now, besides Tesla, the customers are offered with a variety of options. Here is our pick for the 6 most potential cars to compete with Tesla.

Faraday Future enters the game back in 2015 with the FF91 prototype. The final product, the FF 91, could rocket from idle to 60mpl mark in breakneck 2.39 seconds. The FF 91 is powered by three separate engines that together could pull out 1,050bhp (783kW). The range of the FF91 could reach 378 miles, equal to 608 km. The output is significant for any vehicles, let alone an electric car.

The FF91 not only boasts a superior engine but also many top-notch and latest technologies. One key goodie that is expected to appear on the car is the Arrival Interface System which uses facial recognition for keyless entry function. The system will take on all the information from passengers’ expression and emotion to activate some smart function, for example, automatically adjust the audio system or the AC, and scent in accordance to passenger’s need. Additionally, there is another FFCTRL app developed to support the parking process. Faraday Future FF91 is among the promising rival of Tesla

Other top-notch goodies provided on the FF 91 include a Polymer Dispersed Liquid Crystal window which could turn dark with one simple tap on the glass.

However, the sad news is that Faraday Future is recently facing a financial crisis. But the company still sets their mind on introducing its brainchild – the FF91 electric SUV.

Henrik Fisker is the designer behind the great cars of the automobile market like BMW Z8, Aston Martin DB9, Aston Martin V8 Vantage, Galpin-Fisker Mustang Rocket, and VLF Force 1 V10. And Fisker Emotion will be the latest sibling to joy the family. It is also the first electric vehicle sculptured by Fisker.

The Fisker Emotion - First Impressions! “IS THIS THE FUTURE?!”

The battery pack of the Emotion is larger than Tesla. With 145kW/hour, the battery is able to stretch to a 400-mile range for one single charge. Most noticeably, the 800-volt charger helps to considerably reduce the charging time, compared to other elective vehicles. The Ultra Charger unit of the Emotion could deliver a 100-mile range with just a nine-minute charge.

On the constructional terms, the Fisker Emotion is built with Ultra-light carbon fibre and aluminium rims, these material has increasingly reduced the weight by 40%, consequently increasing the range. Moreover, the EMotion is claimed to exceed the safety standard with the help of in-house-developed frontal crash structure In preparation for the upcoming launch in 2019, the company has introduced a chain of electric and hybrid electric services shop in North America. In the future, the company aims to establish a wide-reaching network of more than 400 services centres around the world.

Mission E is a new electric vehicle developed by one of the most eminent names of the automobile industry. Sitting on the range from $50,000 to $80,000, Mission E will target on rivalling the Tesla Model 3. The Mission E has gone into production under the name Taycan, ready to be launched in 2020.

Besides the boost in power output, Porsche steps up the game by introducing the Level 4 autonomous-driving technology, which means that the Mission E is able to carry out the autonomous driving in most occasions.

Under the hood, the dual electric motors are able to develop 600bhp which is equal to 440kW. The 0-60 miles sprint is done within 3.5 seconds. The range rates at 500km. And a 15-minute charge could fill up 80 per cent of the lithium-ion battery, thanks to the 800-volt system. 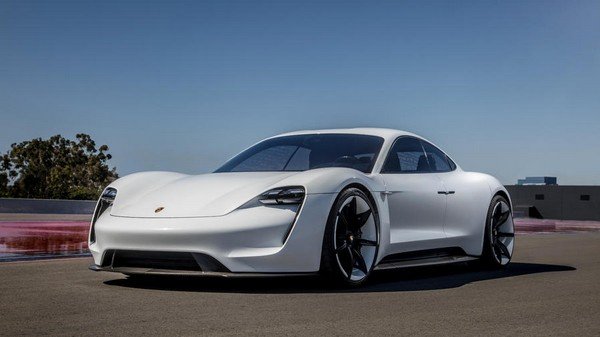 Porsche Taycan is the production version of Mission E, due to go on sale in 2020

One fascinating fact about the Lucid Air is that is developed by a former executive from Tesla. And we will see one of the most interesting rivalries between the Lucid Air and Tesla. Let’s see what is given in the new Lucid Air that could make it a justifiable rival of Tesla.

Lucid Air gets one single motor under its belt. This unit is good for 289kW, equal to 400bhp, providing the range of 386km. The top speed rates at 378kmh. While the charger is developed in-house, the batteries are the result of collaboration with Samsung.

Following the Mission E, Lucid Air continues to cherish the autonomous driving technology. In details, it will sport the semi-autonomous system built by Mobileye who has once worked with Tesla in autonomy technology. Rimac is not a giant company but one young and small company run by Mate Rimac, a young entrepreneur from Croatia. All stars from the garage of the 19-year old boy where Rimac started to build his first electric vehicle converted from the BMW E30. At Frankfurt Motor Show in 2011, the world got in awe to see the Concept One. There were only eight productions of the Concept One sold.

The latest models from Rimac is the C_Two. The hypercar could generate 1914bhp, easily surpassing other conventional cars with internal combustion. 1.85 second is all it takes to launch from 0-100kmph.

Rimac only makes 150 units of the C_Two. And before it even gets into the market, all of them are booked. Each of them costs 2 million dollars. Even the Rimac only produces a limited number of Concept One, so does the C_Two, it still continues to hold its leading status in the electric car market. Rimac C_Two is the dream car of the electric supercar world

Aston Martin is among the latest to arrive the electric supercar race. Aston Martin will replace the 6-litre V12 engine by an 800-volt battery. The Rapide E is claimed to boast 602bhp power output and its range could go beyond 322 kilometres. At the top speed, the car could run 155 kilometres per hour. With just one-hour charge, the car could run for as far as 300km. 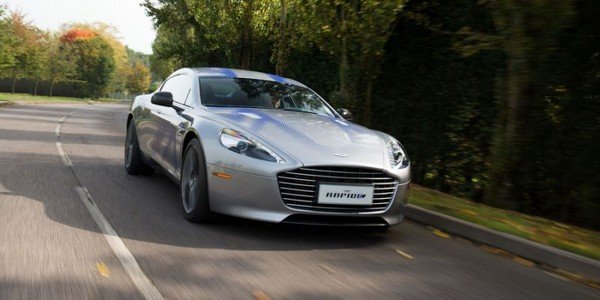 The British Aston Martin will introduce the Rapide E

>>> Upcoming Electric Cars To Take Over The Market In India

>>> What Are The Challenges Of Future India’s Electric Vehicles?