Tata Harrier is one of the best Tata vehicles ever, due to its handsome styling, powerful engine, and brilliant interior space. Still, Indian audiences are waiting on another similar yet different car, the Tata Buzzard. Tata Buzzard, our regular readers might be aware, is the 7-seater Tata Harrier. Currently, the only 7-seater car in Tata’s line-up is the Safari Storme, and that vehicle might be discontinued next year. As such, it makes perfect sense for the company to introduce the 7-seater Harrier in the market soon. Introduced as the Tata H7X concept at the 2019 Geneva Motor Show, the Buzzard has created a lot of buzz in the market. This 7-seater Harrier shares a lot with the current Harrier, except for a few changes. Let’s understand the two cars better, with detailed similarities and differences. Read on for our Tata Harrier Vs Tata Buzzard comparison. As the Buzzard is based on the Harrier, it is obvious that the two cars share underpinnings and exterior design. In fact, the Buzzard has the same design with only a few subtle differences. The design of the front-end will remain the same for both. The same vertically-split headlamps with LED strips and high bumpers from the Harrier will adorn the Buzzard’s face as well. The side-profile is also similar, except for the longer rear-overhang on the 7-seater. The Buzzard is 62 mm As for the dimensions, the Tata Harrier is 4598 mm long, 1894 mm wide, and has a height of 1714 mm. The wheelbase of the car is 2741 mm, which is good for liberating interior space, while ensuring the turning circle remains small as well.

As for the Buzzard, it will have the same dimensions as the Harrier except for length and height. While we know the exact change in the former, the latter will only be known once the car is launched. The Buzzard will be 62 mm longer, all of which will be utilized for accommodating the additional third row. Even the wheelbase will be the same, which means the additional length will be a bigger rear overhang. As we’ve already established, the Buzzard is the 7-seater version of the Harrier. The changes will remain minimal, with the only significant one being the additional last-row seats. The rest of the cabin will remain the same. The first- and second-row seats will be as spacious as they are on the Harrier, and the seats will be extremely comfy as well. Other than that, the infotainment unit and the speaker system might get a small upgrade. Other than that, we don’t expect it to be any different. The Harrier features a very sober yet stylish cabin design. The plastics used in the dashboard and interior panels are hard, but the design and the integration of faux-wood inserts make the car look and feel premium. There are multiple cubby holes throughout the cabin, some of which are good for store personal things such as mobile phones, tablets, and even umbrellas. The boot space in the Harrier is also quite generous, 425-litres, while the Buzzard will sport a significantly smaller boot. That said, you could fold the third row of the Buzzard to reveal more space! The additional row of seats also helps the upcoming flagship win this part of our Tata Harrier Vs Tata Buzzard comparison. The Harrier is powered by a BS6 compliant 2.0-litre Fiat-sourced Multijet II diesel engine, which produces a peak power of 170 PS and a max torque of 350 Nm. This is the same engine that powers the Jeep Compass as well. The power is sent to the front wheels via a 6-speed manual transmission. An automatic variant might soon be added to the line-up as well.

The Buzzard will sport the same engine, and will probably be introduced with the automatic variant right off the bat. The layout will still be front-wheel-drive, to keep the costs down and efficiency up. Due to the slightly higher weight, the Buzzard will be slightly slower than the Harrier, but considering the 170 PS output, it’s likely that you wouldn’t even notice. Tata Harrier, we’ve already established, is the best Tata car yet. It offers brilliant space, has an extremely potent engine, and doesn’t cost an arm and a leg. Theoretically, then, the Buzzard should be better than the best, as it offers more space and practicality over the Harrier. Well, that isn’t too far from the truth. The Buzzard offers all the goodies we get in the Harrier, plus extra two seats, and probably better upholstery as well, at least as an option.

While the Harrier is an extremely potent competitor to the MG Hector, Jeep Compass, and Kia Seltos, the Buzzard will compete in a different segment altogether. While the direct competitor to the Buzzard is yet to launch, like the upcoming MG Hector six/seven-seater, it would be compared to other three-row SUVs that are on sale in India. These include Toyota Fortuner, Ford Endeavour, and Mahindra XUV500. While the former two will be significantly more expensive than the upcoming Tata 7-seater, the last one will be quite closely matched. Also, the next-gen Mahindra XUV500 has been spotted with heavy camouflage multiple times, and is expected to grow bigger and more premium, which will pit it directly against the Buzzard. 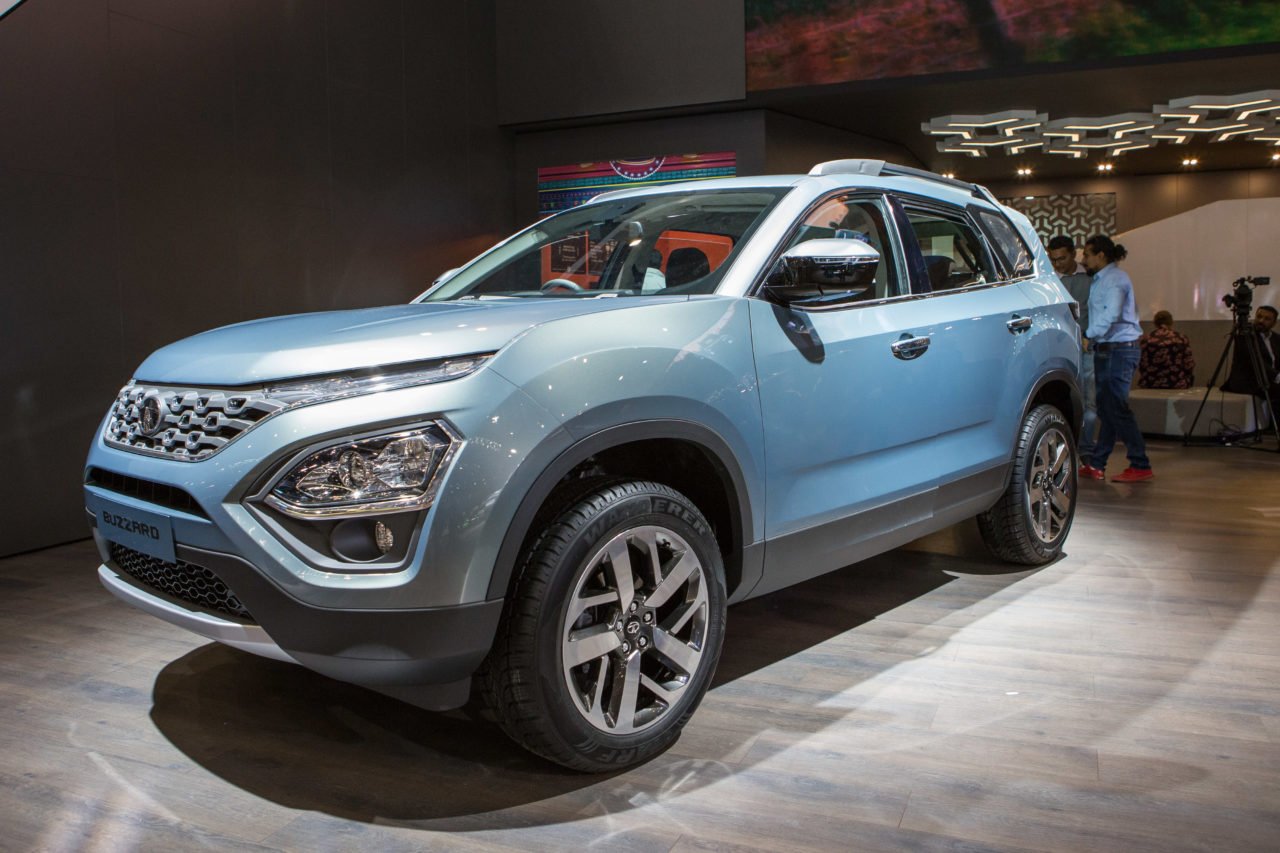 The Tata Harrier is priced between Rs. 12.99 lakh and Rs. 16.95 lakh (ex-showroom). The expected price of the Tata Buzzard might range from Rs. 15 lakh to Rs. 20 lakh, which is quite aggressive. Expect the launch to happen sometime around April next year. Stay tuned to IndianAuto for more posts like the Tata Harrier vs Tata Buzzard comparison here.