Ferrari unveiled that its net profits in 2019 were 699 million euros (around INR 5,525 crore), increasing by 8% in comparison with those in 2018. More strikingly, its total sales number exceeded 10,000 cars for the first time ever. 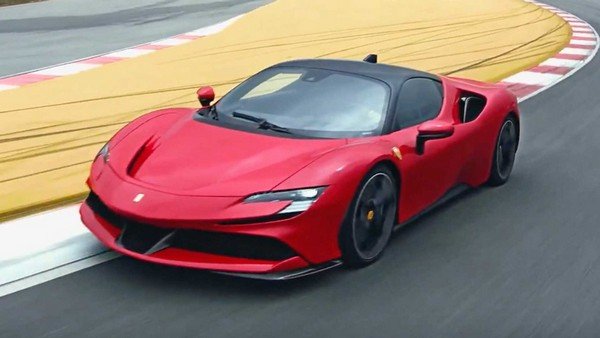 The Ferrari SF90 Stradale, which was launched last year, contributed a great deal to the brand's sales number

This is the first time that Ferrari has recorded a five-digit sales number, which was more than 10,131 cars, witnessing an improvement of 10% compared to 2018 when 9,251 units were sold. This has proven that the strategy to introduce 15 new models between 2018 and 2022 has produced positive outcomes. The first hybrid model of Ferrari, the SF90 Strasade, was launched last year along with four other new models. A new SUV and some other superfast cars, on the other hand, are likely to be launched next year.

Louis Camilleri, the Chief Executive Officer, is trying to revamp Ferrari models so that the vehicles’ average prices can be hiked. He is also trying to implement a long-held target of former Chairman, late Sergio Marchionne, who died in 2018: to transform Ferrari into a fully-fledged luxury automaker. The stock of Ferrari has been increased more than 40% since Camilleri became the CEO, although it has been reported by analysts that a cautious approach on earnings is being adopted for one of the most iconic auto brands in the world. Camilleri seems to have the intention of making Ferrari become more sustainable rather than more exclusive, which is different from its initial principles. Ferrari’s new “make more cars that people want to buy” plan seems to have harnessed good results, particularly in Asia. Sales in Taiwan, Hong Kong and mainland China experienced a growth of 20% last year. It might be difficult to match this growth in 2020 due to the consequences of the coronavirus outbreak.