1 Maruti Baleno Being Sold Every 3 Minutes

Maruti Baleno, the hottest-selling B2-segment hatchback that rivals the likes of Hyundai Elite i20 and Honda Jazz, was launched in October 2015 and has clocked a cumulative sale of 7,20,733 units till the end of last month

It has been reported that Maruti Baleno, the highest-selling B2-segment hatchback in India, has achieved the 700,000 sales milestone in the domestic market. The Hyundai Elite i20 and Honda Jazz-rival was launched in October 2015 and received a nip and tuck treatment in late-January last year. As of 31 January 2020, the carmaker has dispatched 720,733 units of its most premium small car to its Nexa range of dealerships. Some simple calculations show that, in essence, the company has managed to sell a unit of Baleno every three minutes! Reportedly, the carmaker has delivered 616,867 units of the petrol variant and 103,866 units of the diesel model. Going by these statistics, it looks like the company’s recent decision to axe the production of the oil-burner-equipped model won’t hurt the popularity of the hatchback. It’s also worth mentioning here that the Baleno became the fastest car in its category to achieve 600,000 unit sales. The long-standing Elite i20-rival is being sold through the 363 Nexa outlets spread across 200 cities.

In fact, the demand for this hatchback has been so strong that it has remained at the top of the sales charts of its segment almost throughout its 51 months-long stint. In the last fiscal, it sold 152,422 units, down by 14 per cent on YoY basis. However, this de-growth can be attributed to the prolonged sales slowdown that affected the entire car market. 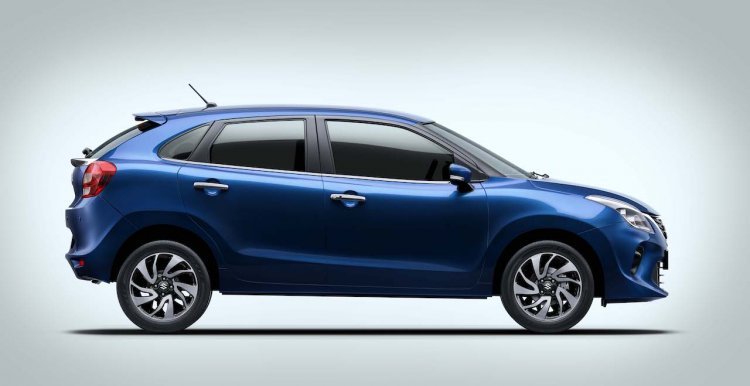 The Maruti Baleno has managed to stay at the leading position in the premium hatchback segment ever since its introduction in 2015.