Maruti S-Presso is expected to launch this September. It will compete with the likes of Renault Kwid and Mahindra KUV100. 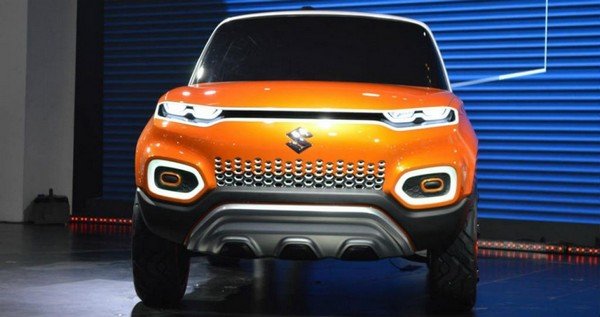 Projecting from the concept version, it is likely that the final production of the Concept Future S will sport a high ground clearance along with a robust exterior. The crossover-like model also features some SUV design elements, including an upright and pronounced front design, front skid plate lip and rugged bumper. To complement the robust look, Maruti S-Cross will get wrap-around headlamps with LED Day Running Lights, squarish headlights, and short overhangs.

Maruti S-Presso is expected to come with a larger interior space if compared with the entry-level hatchback Alto. Together with a larger glasshouse, S-Presso could offer an airy and spacious zone for car occupants and good visibility for the driver. About the equipment, the new crosshatch is likely to feature Maruti’s SmartPlay touchscreen infotainment system with Android Auto and Apple CarPlay compatibility. More details on the interior will be unfolded at the later stage. About the powertrain, Maruti S-Press will receive power from a 1.0-litre petrol engine. This unit will be compliant with the new BSVI emission norms that are about to kick in next year. There will be two gearbox options available - a standard 5-speed manual and an optional AMT gearbox. Built on the Heartect platform, the S-Presso could be qualified for the new crash test and safety norms as well. The platform on the S-Presso is currently doing duty on the Wagan R and Ignis. The S-Presso is developed and designed at Maruti Suzuki R&D facility with assistance from the mother company. Maruti S-Presso will be retailed via the Maruti Suzuki ARENA dealerships.