Mercedes-Benz GLA and BMW X1 are two popular options in the luxury compact SUV space. IndianAuto will give you a detailed comparison between these two models.

The rivalry between Mercedes-Benz and BMW are somewhat at the centre of the harsh competition in the premium car market, internationally and domestically. Recently, the Indian market is witnessing the clash between the Mercedes-Benz GLA and BMW X1 at the price range from Rs 30 lakh to Rs 45 lakh in the premium SUV segment.

Mercedes-Benz GLA made its debut in India back in 2014. Initially, this SUV met with controversial reception from the car buyers. What causes such controversy was its hatch-like appearance which was disliked by customers looking for a real SUV. Despite the initial inhospitality, Mercedes-Benz GLA manages to refresh its brand name and attract a consistent number of buyers. Mercedes-Benz GLA is about to launch a second-gen model in the following years. The new-gen SUV will be based on the A-Class hatchback. The latest updates for Mercedes-Benz GLA was delivered in 2017. It is currently on offer with four variants, 220 d 4Matic, 200 Sport, 200 d Sport and 200 d Style.

On the other hands, BMW X1 entered our market 4 years earlier than the Mercedes-Benz GLA. The outgoing BMW X1 was launched at the 2016 Auto Expo in India. Previously, this luxury SUV from BMW received its facelift with several updates for the design. The BMW X1 is now on offer with five variants including sDrive20d Expedition, sDrive20i xLine, sDrive20d xLine, sDrive20d M Sport and xDrive 20d M Sport. Let's see how these two SUVs stack up against each other.

BMW X1 is having a great advantage over the Mercedes Benz GLA in terms of dimensions. The SUV from BMW is bigger than its rival from Mercedes-Benz in every aspect. The most significant difference in dimension is the width. At 2060 mm, the X1 is wider than the GLA by 256 mm. The length and height of the X1 surpass by 15 mm and 118 mm respectively. Mercedes-Benz GLA’s compact size is the main reason why it is usually mistaken for a crossover. Surprisingly, even though the BMW X1 is undeniably larger than the GLA, it is lighter, which means a better power-weight ratio.

Mercedes-Benz GLA vs BMW X1 Design: Which car has a better look?

The interior of the Mercedes-Benz GLA is strongly influenced by the A and B Class models, not surprising since they are all from the same clan. Even though featuring the size of a crossover, the GLA is very spacious and airy on the inside thanks to the panoramic sunroof. As expected, the dashboard comes with a top-notch quality and an 11.6 cm multifunction display and an 8-inch infotainment screen supported with Android Auto and Apple Carplay. Similarly, the quality of the BMW X1 interior is also excellent. The premium dashboard is arranged neatly and thoughtfully. For the top-of-the-line M Sport, the interior is well-equipped with some extra sporty features along with the addition of three-spoke steering wheel with paddle shift. Exterior-wise, the Mercedes-Benz GLA gains a significant recognition for its bold stance and straight-forward outer design. With a dominant grille with a chunky emblem along with oversized tyres, Mercedes-Benz is a real looker that calls for attention from every direction. This SUV also features higher ground clearance compared to the BMW X1, however, it gets a swooping roof – which easily reminds more of the crossover design than a proper SUV. After the updates in 2017, the GLA now features new LED headlamps and some twists on the front grille which makes it look sporty and stylish. To the side profile, new five-spoke alloy wheels are added.  The rear end now features overhauled LED taillights. No major updates are given regarding its overall hatch-like styling. On the other hand, BMW X1’s style is closer to the conventional SUV design with a bulky body and a noticeably high stance, especially after the recent upgrade which gains the X1 a better road presence. The difference is even highlighted when we take 118-mm gap in height between the X1 and GLA into considerable.

To the front end, BMW X1 gets the traditional kidney grille which is flanked by two LED headlights with LED rings. Moreover, on the top-spec M variant, the exterior of the X1 will see some new design elements like revised bumpers, 18-inch wheels, and M badging.

Mercedes-Benz GLA vs BMW X1 Features: Which is safer and more convenient?

Both cars are carrying a decent job delivering high-class comfort with an abundance of high-end functions and pleasant seating. The Mercedes-Benz GLA is available with features like power front-seats with memory function and attention assist, power tailgate, as well as a panoramic sunroof. Seating is nice with supportive front seats. The space is not outstanding in comparison with other cars in the space including the BMW X1. Headroom and legroom are not as roomy as expected. Also, visibility is not the GLA’s strength. The view is restricted due to the low-set windshield. BMW X1 is well-equipped with a load of features. Some features both cars have in common include a touchscreen, panoramic sunroof, power-adjustable front seats with memory function. Apart from these features, the BMW X1 also gets dual-zone climate control, a head-up display, and ambient lighting. The seating is supportive and comfortable with generous legroom and headroom for both the front and the rear end. The BMW X1 outdoes the GLA in terms of visibility. With a tall stance, the BMW X1 provides a broad view of the road ahead. To the M Sport trims, the X1 will get some special functions like large 8.8-inch i-Drive infotainment system display while the regular variants only get a 6.5-inch screen. Considering the boot capacity, the BMW X1 is doing a better job with a larger boot space of 501 litres against GLA’s 421-litre cargo space.

The two SUVs are all available with both diesel and petrol engine. For the BMW X1, the petrol range is powered by a 2.0-litre turbo diesel engine that delivers a 192 PS and 400 Nm. Another 2.0-litre petrol unit is churning out a similar level of power output as the diesel motor but producing less torque. Every variant of the BMW X1 features an 8-speed automatic transmission.

Mercedes-Benz GLA’s current petrol engine is a 2.0-litre engine that produces 183 PS of maximum power and 300 Nm of peak torque. Another petrol engine is the 2.0-litre turbocharged petrol engine that makes 380 PS and a 475 Nm. The diesel motor which is responsible for propelling the GLA 200 d is capable of making 136 PS and 300 Nm. The GLA 220 d 4Matic comes with a higher power output of 170 PS and 350 Nm. All engines come with a 7-speed dual-clutch automatic gearbox and no option of a manual gearbox is provided.

The top speed of the GLA and BMW X1 closely matches. The top-speed of the GLA and X1 petrol all stands at 225 kmph. For the diesel trims, BMW X1’s diesel variants’ top speed is marginally higher than the Mercedes-Benz GLA. On average, these two SUVs take around 7.6 to 7.8 seconds to hit the 100 kmph mark. BMW X1 is the fastest to reach 100 kmph while GLA’s diesel takes a 0.2 second to get to the same pace. Generally, the BMW X1 is slightly faster than the Mercedes-Benz GLA.

Mercedes-Benz GLA vs BMW X1 Road Price: Which is cheaper?

Verdict: Which model is worth buying between Mercedes-Benz GLA vs BMW X1?

Mercedes-Benz GLA is a great SUV with a stunning look and a compact size. It will make a great companion for the city commutes. On the other hand, the BMW X1 gives you a proper SUV proportion with impressive road presence. Apart from the dimensions and design, Mercedes Benz GLA and BMW X1 are on par in terms of performance. Taking the price into consideration, the GLA has an advantage over the BMW X1 thanks to its lower price tag, which is why it is our pick of these two. 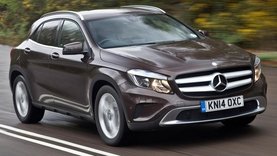 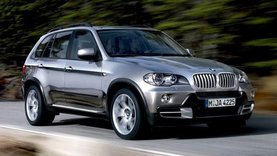