19 0
Maruti Suzuki's production last month is lowered by 18 per cent compared with that of the same month last year.

In May, the leading carmaker in India, Maruti Suzuki, has cut the production down by 18 per cent. Last month, Maruti Suzuki produced the total number of 1,51,188 units, against 1,84,612 units manufactured in the same month last year.

Apparently, Maruti Suzuki has dwindled the production across its range, apart from the Super Carry commercial vehicle. Overall, for the passenger vehicles space, the production volume has fallen from 1,82,571 units the same month last year to 1,48,095 units in May 2018, marking the drop of 18.88 per cent. The production reduction applies even for Maruti’s major and best-selling products on the compact and small car segment. The small car range, including the best-selling Alto, was massively cut down by 42.29 per cent regarding the production size with only 23,874 units against 41,373 units in the same month last year. Maruti Suzuki also has a stronghold in the compact vehicle segment as they have the segment-leading sedan Dzire. However, this lucrative section also sees the drop in production, from 93,641 units in May 2018 to 84,705 units last month, registering the dip of 9.54 per cent.

In the utility vehicle segment, Maruti Suzuki has garnered success with the leading compact SUV Vitara Brezza. But last month the production of this vehicle has dropped by 3.21 per cent, from 25,571 units in the corresponding month last year to 24,748 units. Another utility vehicle that is also under the influence of this downward trend is the van Eeco. Last month, Maruti Suzuki produced 10,934 units, which is 34.99 per cent lower than last year’s 16,819 units. 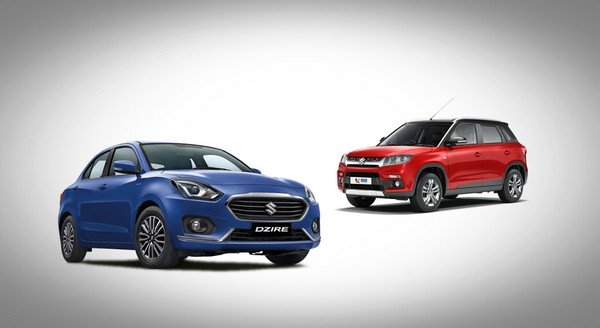 Notably, the last month is not a single case. In fact, this is the fourth month in a row that Maruti Suzuki cut down its production size. In February, the production of the Indo-Japan manufacturer was lowered by 8 per cent. The next month, it was reduced by 20.9 per cent. In April, the declining rate was slow down, standing at 10 per cent. But last month, the production drop hit 18 per cent. The negative growth in production reflects the sales of the market as a whole since the beginning of 2019.