My Eco Energy to Launch Digital Payment App for Re-fuelling

MEE has recently launched a digital payment app which enables the customers cashless fuelling at its fuel stations.

Apart from Indizel which is 2nd generation HBD (Hydrogenated BioDiesel) sold through seven fuel stations across the country, My Own Eco Energy Pvt Ltd (MEE) has recently launched its MEE Wallet App. This app can allow the customers cashless fuelling at its fuel stations.

Fuelling industry has been familiar with the conventional payment which is cash transaction based. The idea of non-cash digitised route has been implemented with the presence of fuel cards and EDC machines. However, to build an entire end-to-end digitised process has been still a conundrum. Now MEE claimed to come up with the digital payment app across its fuel station. It is said to be unique since the company deliver a complete user control. In particular, they provide the customers with a fully automated fuelling experience, in which, every drop filled is accounted for thanks for the end-to-end automation implemented. 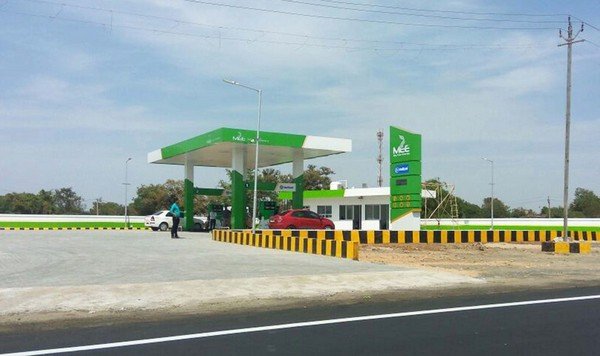 Both quantity and quality are reported to be ensured by MEE. Additionally, MEE Wallet App keeps things under the assurance such as personalization, priority services and user control. As it is connected, the app will allow the clients to do several tasks on the phone as

As mentioned above, the app will facilitate complete cashless fuelling, self-service and end-to-end user control at its fully digitised fuel station. Adding to Indizel which is 2nd generation HBD, MEE has also launched a Digital Payment App

“One of the key objectives of Digital India is to give end users complete control of their money, giving them an opportunity to be less dependent on cash and more dependent on technology. This can happen only when the businesses that they interact with are digitised and are aligned with modern technologies. MEE fuel stations are unique as they give the entire control to the user with being completely cashless, automated with minimal manual intervention and offering self-service, which is unheard of in India. MEE Wallet App is a remarkable step in the path of Digital India and we congratulate My Eco Energy on developing this technology.”

Santosh Verma, the co-founder of My Eco Energy, has also reported

“MEE is a technology and research-driven company. We strongly believe that there is a solution to all challenges of customers, for which you need to strive hard to find answers. With MEE Wallet App, we are trying to bring a radical change in cash culture, common in the fuel industry. Cashless transactions and complete user control eradicate a lot of malpractices and give users an assurance of quality and quantity.”