New-gen Hyundai Xcent Likely To Launch in India In 2020

34 0
Next generation Hyundai Xcent is expected to launch in India in 2020. It will feature BSVI-compliant petrol and diesel engines

Hyundai has finished the first major launch of the year, Hyundai Venue. After the Venue, Hyundai Kona will be the next big step for the Korean carmaker. Expected to launch on July 19, Hyundai Kona will be the first electric vehicle of Hyundai in India. Besides introducing all-new vehicles, Hyundai also plans to refresh some of the current models across its range, for example, compact SUV Hyundai Creta, entry-level hatchback Grand i10, premium hatchback Elite i20 and sub-4-meter sedan Xcent, all of which will get a new generation version in the coming time. In 2020, Hyundai will take the wraps off the second-generation Xcent in the first half of 2020. The official launch will follow, possibly in the second half of the year. The generation upgrade will include intensive exterior and interior updates. The current design of the Xcent is strongly influenced by the Hyundai i10. However, the hatchback-like design fails to attract customers in the sedan segment. That’s why, with the second generation, Hyundai will introduce a new design that is essentially sedan-like.

Hyundai will take advantage of the absence of Dzire diesel and fill the space with the new-gen Xcent. Currently, Maruti Dzire is the best-selling model in the sub-four-meter sedan segment. On average, Maruti sold around 1.2 lakh units of the Dzire per year. However, to the upcoming BSVI norms, the manufacturer has to downsize their production and cut the diesel variants from the Dzire’s range. Hyundai, in order to rip off a chunk of the Dzire’s current share in the market, will upgrade the Xcent with a BSVI-compliant diesel engine. Moreover, the new Xcent will unquestionably conform to the new safety and crash test standard. 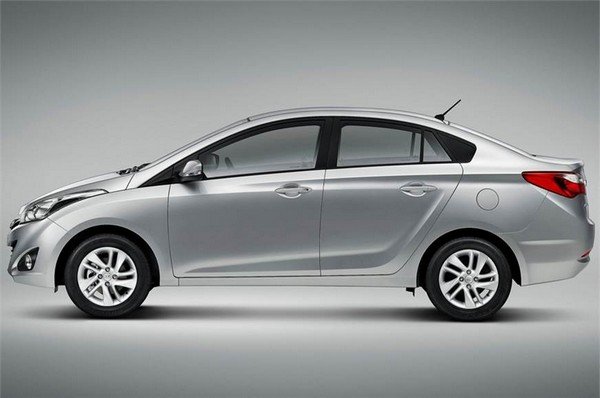 Hyundai Xcent will get extensive interior and exterior updates

Hyundai Xcent 2020 will sit on the H.A platform which is also used on the hatchback Santro and Grand i10. New Hyundai Xcent yet reaches the testing stage, but we still expect to see the sedan to inherit some design cues from the Grand i10. Interiorly, to keep the price minimum, Hyundai might bring the exterior design of the Venue to the second-gen Xcent. Accordingly, it will feature a larger touchscreen infotainment system with Apple CarPlay and Android Auto as well as the Blue Link system which comes with several segment-leading connectivity features.

The new Hyundai Xcent is expected to be priced from Rs. 5.85 to Rs. 9 lakh. It will continue to challenge Honda Amaze, Maruti Dzire and Ford Aspire.