Renault Triber will launch in the second half of 2019. Here are the specifications and details of the upcoming MPV from the French manufacturer.

India will be the very first market to get the latest low-cost seven-seater MPV from Renault. Revealed recently, the new Renault Triber is expected to be priced from Rs. 5 lakh to Rs. 8 lakh. This MPV has been developed on the CMF-A platform, which is the same one that underpins the Kwid. First, let’s look at the dimensions of the new MPV. The seven-seater model measures at 3,990 mm, 1,739mm and 1,643 mm in length, width and height, respectively. The wheelbase of the Triber stands at 2,636 mm, while the ground clearance is  pegged at 182 mm. 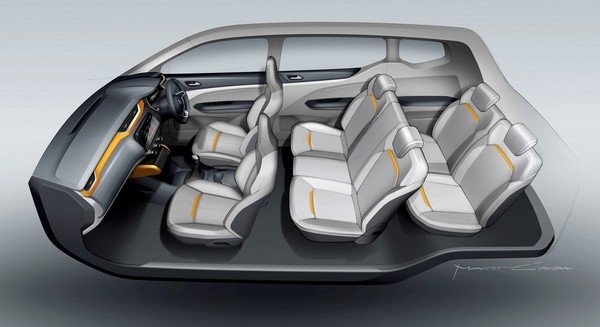 The MPV weighs 947 kg. The entry-level MPV offers a luggage room of up to 625 litres. To stretch the boot space, Renault has designed a very flexible seating arrangement, with the third row offering foldable seats. The maximum boot room in case of the five-seater configuration is 625-litre, while the six and seven-seat arrangements offer only 320 litres and 87 litres of luggage capacity, respectively. Moreover, the roof rail can support a maximum weight of 50 kilograms. On the inside, the Triber also offers a storage compartment of 31 litres, which is the largest in the segment.

With the new safety norms on the way, every new car in India will be required to be equipped with many new safety features. The upcoming Renault Triber is no exception. It comes with ABS, dual airbags, rear parking sensor and speed warning system across the range while the top-spec variants are packed with four airbags, rear parking sensor with a camera and three-point seatbelts. Other key features on the Triber include an eight-inch MediaNav touchscreen infotainment system with Apple CarPlay and Android Auto support, and a fully digital instrument cluster. 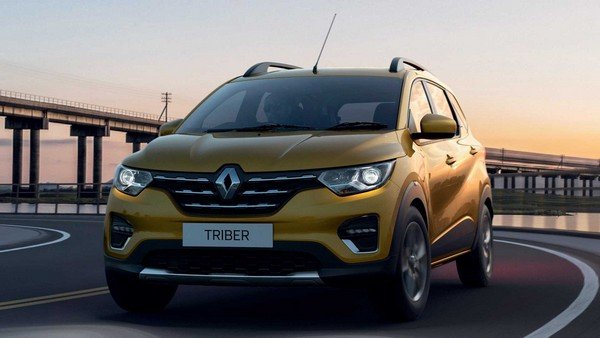 In terms of powertrain, Renault Triber gets power from a 1.0-litre three-cylinder petrol motor. This engine is capable of making 72 PS and 96 Nm. There are two transmission options, which include a five-speed manual and a five-speed AMT. Renault Triber is expected to launch in the second half of this year. The launch of the Triber is a part of a bigger plan of Renault. The French manufacturer aims to grow its local sales volume to 150,000 vehicles by 2022. Apart from the new Triber, Renault will also launch the revised versions of the Kwid and the Duster in the country.