Before the release of the new Karoq Scout SUV, Skoda has released some sneak images of this new car. It is scheduled to be introduced at Paris Motor Show 2018.

AWD comes as standard for all Karoq Scout. Just like other Scouts, Koroq Scout will put a strong emphasis on off-road capacity as well as a bold, rugged design. From the front, instead of the black treatment which is commonly put on the bumper, the Karoq will get a metallic one. Moreover, the chrome and silver dash appears here and there. The size of the wheels is 18-inch for the standard models, besides, 19-inch wheels also come as an option. 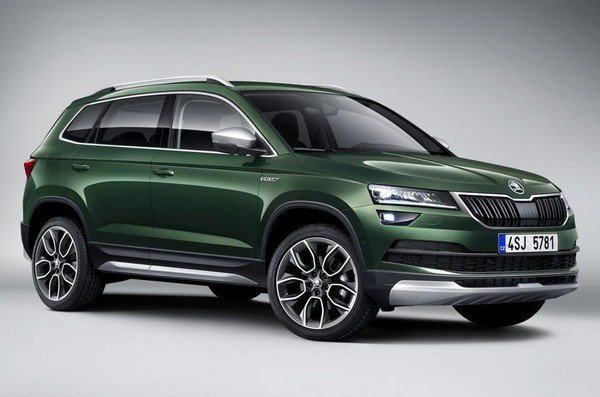 Skoda Koroq Scout will focus on off-road capacity as well as a bold, rugged design 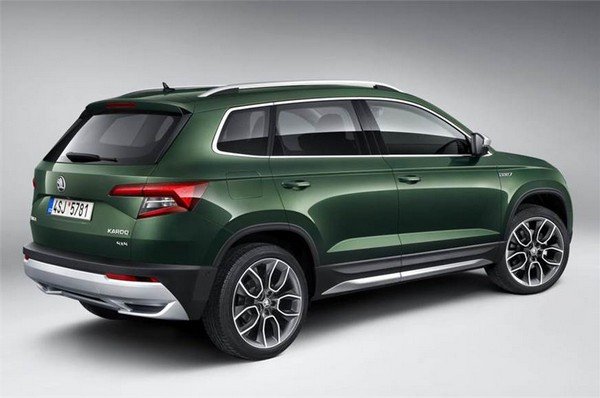 The Karoq has chrome and metallic insert here and there

Not only the exterior is infused by the off-road spirit but the interior is influenced by the same atmosphere. Inside the car, the interior is equipped with 12.3-inch Virtual Cockpit digital dials, Wifi connectivity, blown upholstery touch as well as an 8.0-inch infotainment system with Apple CarPlay and Android Auto connectivity. The multifunction steering wheel is wrapped in leather. The Scout badge is printed on the front headrest cover.

In terms of the engine, the Karoq offers three engine option, namely, 1.5-litre petrol TSI110 engine, and two 2.0-litre diesel engines with two different tunes. The petrol engine could produce up t0 150 PS whereas the diesel engine could make either 150hp or 190hp at best. Six-speed manual gearbox or Seven-speed dual-clutch automatic transmission comes as standard options for all variants. The lower-tuned diesel engine will come with DSG automatic gearbox.

Skoda Karoq is expected to be launched in India next year.